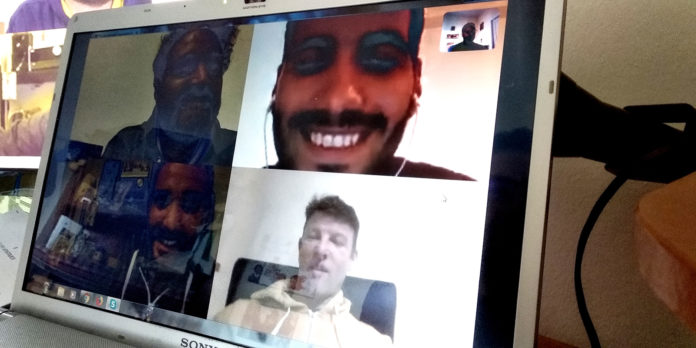 The purpose of the meeting was something new for many of us. It was the first virtual meeting via video call, which helped us to share our expectations of this new task entrusted to us and to know more about each other in person and about the pastoral field.

The group is composed of the Portuguese Lay Missionary José Silva Oliveira, who on 9th of November with his wife made his commitment as LMHR (Lay Missionaries of the Most Holy Redeemer) and the Redemptorist Missionaries, Fr. Rastislav Dluhy of the Bratislava-Prague Province  (from September he is in the mission place in Kaunas, Lithuania, with Fr. Peter), Father Charles Randall of the Province of London and who is a resident in Liverpool; Father Daniele Carta of the Province of Rome and of the community of Francavilla al Mare and Father Miguel Castro, from the Province of Madrid, belonging to the community of Granada, president of the mission team of the Cesplam People’s Mission and at the same time coordinator of the NMI group.

The group was very enthusiastic and eager to help the Mission in Europe that gives identity to the Redemptorists of Europe. The group focused on the word “New” because this is what is expected of this working group to explore in the initial stage, whose members are all quite young and new in this RCE (Redemptorist Conference of Europe) working groups. The working group needs to bring ‘Newness’ in its ideas, strategies and missionary actions that arise in the RCE.

The next meeting of the NMI will be held in Madrid on 3rd and 4th January 2019. The work will be carried out on the apostolic plan of the Conference, and some ideas and lines of missionary actions that have arisen in this first virtual meeting will also take shape. We hope that our work will help to keep the Redemptorist missionary spirit alive in Europe.