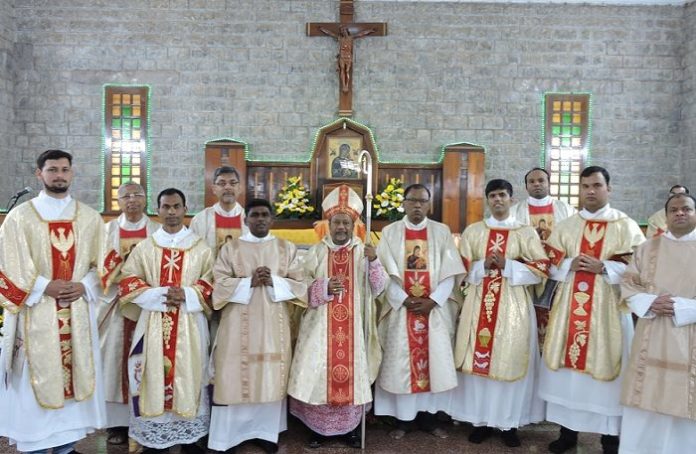 The Eucharistic Celebration was presided over by Most Rev. Peter Machado, the Archbishop of Bangalore and was concelebrated by many Redemptorist priests. Fr. Arulanandam, the Provincial Superior of the Province of Bangalore and Fr. Ivel Mendanha, the Vice-Provincial Superior of the Vice-Province of Majella were also present. After the Gospel was proclaimed, the rite of ordination to Diaconate began. Fr. Xavier Sanjivi (Rector of Mt. St. Alphonsus Community) presented the 6 candidates to the Archbishop and recommended them to be ordained as Deacons after which the Archbishop preached a fitting homily on the duties of being a Deacon. 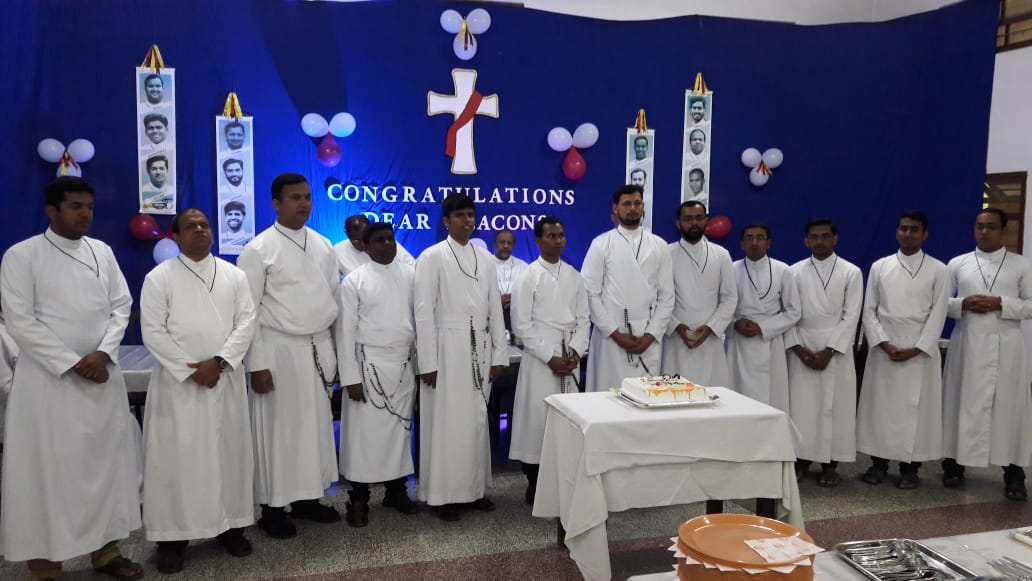 After the homily, the candidates committed themselves to celibacy, promised their obedience and declared their intention to undertake the office of Deacon. It was followed by the litany of saints. The Archbishop then laid his hands on each candidate in silence and then recited the prayer of consecration through which they were ordained as deacons. The six newly ordained deacons were then vested with a stole and dalmatic and were presented with the Book of the Gospels. The Archbishop then gave the deacons the kiss of peace. After the Eucharist, the 6 newly ordained deacons were felicitated at Mt. St. Alphonsus Refectory which was followed by agape.

We thank Almighty God for these six new deacons and pray that our Redeemer may help them to be faithful to what they have received and serve God by reaching out to the poor and the abandoned.