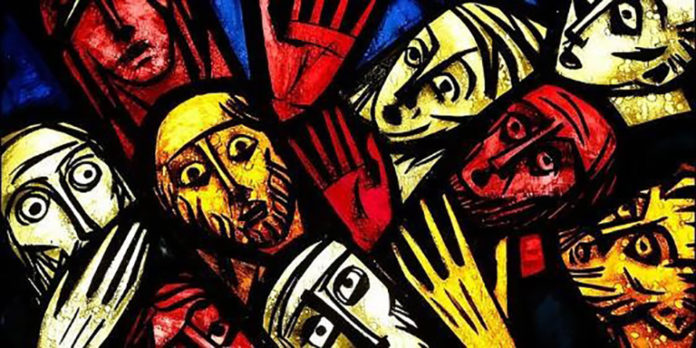 This is what Pope Francis says, the priests and the most committed laymen comment on it, the press expands it as irrigation, not infrequently very yellow and indolent:  sexual scandals hit the Church. You have to accept it and face it. Justice must be done. Certainly. But which? In what way? If the pain only leads to revenge, revenge and the search for mere compensation of money and the classic: “to rot in jail.” We have not advanced much in humanity, little we learn from our wounds. True pain seeks to open the way to healing, to compassion, both for the victim and for the victimizer, with all the differences of the case, but not without those differences differentiating the way of doing justice.

One thing is certain, these events call us to live with greater transparency, to finally say goodbye to all kinds of concealment, but that does not mean losing respect for people, for those who are wrong and for the victims of such misunderstandings. In addition, every situation needs your discernment, analyze the causes, personal and structural, and therefore clarify the responsibilities in each of those dimensions.

By omission or by the commission the Church, in its persons and structures, has to assume the various responsibilities. Personal responsibilities are easier to identify and confront. There remains the challenge of undertaking profound structural reforms in the Church, both in formation for ordained ministry and in the very form that this ministry should have in the light of the gospel and the signs of the times. If the Church, which considers itself pro-follower of the life and praxis of Jesus Christ, is not a school of freedom and transparency, of authenticity and of personal and structural truth, if she as an institution, in all its institutions, does not kneel looking for forgiveness and is placed on the path of reconciliation and liberating transformation, how can you ask others to do so? And for this reason, letters, homilies or declarations are not enough, we must move on to actions that are coherent with this spirit.

The scandal is not blushing and saying how this could happen to “us”, but rather to grieve because “this” has happened to us, and “this” we cannot let it be only past but it must be learning from the present and impulse of integral changes to the future.  It is not a matter of just bleaching out and being condemned people and, worst of all, abandoning them to the court of the times that often reeks of revenge and opportunism.

In the expectation apparently of some official document on the part of the Pope, on the care or protection of minors, we predict not only a preventive and/or punitive prescription on these “cases”, but we also hope with critical and sapiential lucidity to be able to find lines that point to a comprehensive reform of assuming in the Church sexuality, human maturity and the path of configuration and ministerial formation.