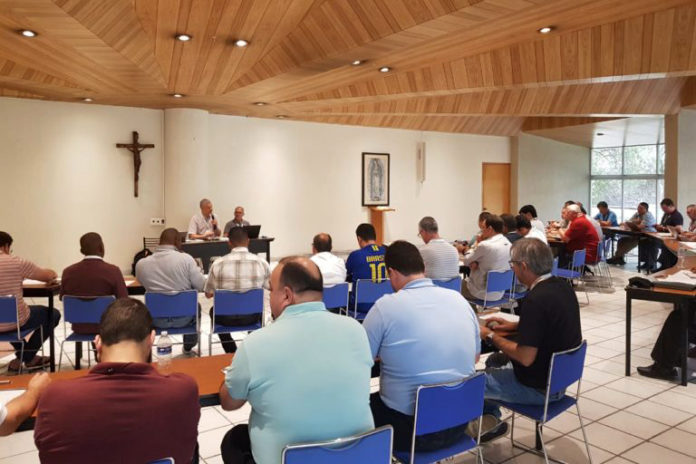 With great expectation and hope, the 6th Assembly of the Latin American and Caribbean Conference in Mexico City began on Monday, the 17th. The host province welcomed the 60 participants of the three sub-conferences with great joy: URB, URSAL and URNALC. At the beginning of the assembly, Fr. José Guadalupe Nazarín, Provincial of Mexico, welcomed all the participants, expressing joy for the presence of Redemptorists in Mexico and invited them to live these days in a fraternal atmosphere. 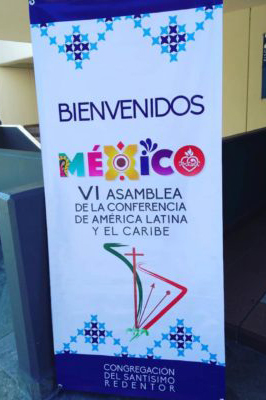 In the same way, Fr. Marcelo Araújo, Coordinator of the Conference, presented his greeting by thanking everyone present, then stressed that the Assembly will be a moment of learning in which together we will look for common steps and horizons that update the missionary presence of the Redemptorists in America. Latin American and the Caribbean.

Fr. Marcelo explained the objectives that will guide the assembly, as follows:

·        To review the measures taken and the challenges that are in the decisions of the XXV General Chapter.

·       To present the documents of the General Government for the life of the Congregation.

·        To offer indications and suggestions for the preparation of the XXVI General Chapter.

·        To define the apostolic plan and the reconfiguration project.

At the end of the first day, we celebrated the Eucharist presided over by Fr. Michael Brehl, C.Ss.R, Superior General, in which all the participants were invited to open up to new realities, overcoming the prejudices of the restructuring process that the Congregation lives.  He also encouraged the group to take tasks with responsibility for ensuring the future of the Congregation in the world and in Latin America and the Caribbean. When he finished, he invited us to open up and let ourselves be guided by the Spirit of the Lord.

As a significant gesture of the day, at the end of the Eucharist, we venerated the relics of Blessed Peter Donders brought from Suriname and exposed in the chapel of the house besise the lake, (Episcopal Conference of Mexico), where the meeting takes place.