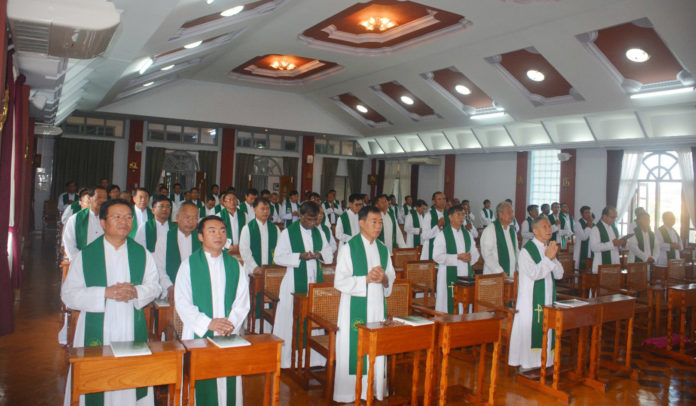 (Loikaw, Myanmar) The Diocese of Loikaw in the local Church of Myanmar held an Annual Clergy Retreat at the Diocesan Clergy Center last September 16 to 20, 2019. All diocesan and religious clergy exercising ministry in the diocese were invited to join in this annual gathering. All clergy and religious men from all over the diocese took a break in their respective ministries in order to participate in this yearly activity. This year’s theme was “Never a Dull Moment with God.”  The retreat aimed to rekindle the gift of priestly vocation and ministry of service among the shepherds in the whole diocese. It also envisioned to strengthen the relationship among brothers in the ministry that they may be able to journey together in facing the challenges confronting the priestly vocation and the Church.

Rev. Fr. Simon Pereira, C.Ss.R., a Redemptorist from Singapore was the invited preacher for the retreat. He was born in 1948 and ordained as a priest in 1977. He was the former rector and assistant priest of Saint Alphonsus Church and former rector of the Redemptorist Seminary in Singapore. He was one of the founders of charismatic groups and conducted many retreats and Masses for healing. Fr. Simon shared many insights about the realities of the Church in the present time and how a good shepherd of the Lord’s flock should live amidst the many challenges.

The retreat was designed to provide a meaningful experience to all the participants. It started in the evening of September 16 with the opening prayer and welcome message of Bishop Stephen Tjephe, D.D., the bishop of the diocese. The retreat activities included common prayers, Eucharistic celebrations, conferences, personal reflections, Holy Hours, common Penitential Rite and social gatherings. The preacher gave the homily in all masses during the entire retreat. The masses were also offered for special intentions of the diocese. The Tuesday mass was offered for all the dead missionaries both foreign and local who worked in the diocese. The Wednesday mass was for the thanksgiving to the Congregation for the Evangelization of Peoples. The Thursday and Friday masses were respectively offered for all benefactors and for the priestly family of the diocese and for all those who left the priestly ministry.  The gathering ended with the Te Deum and Papal Blessing after the evening prayer on Friday, September 20. 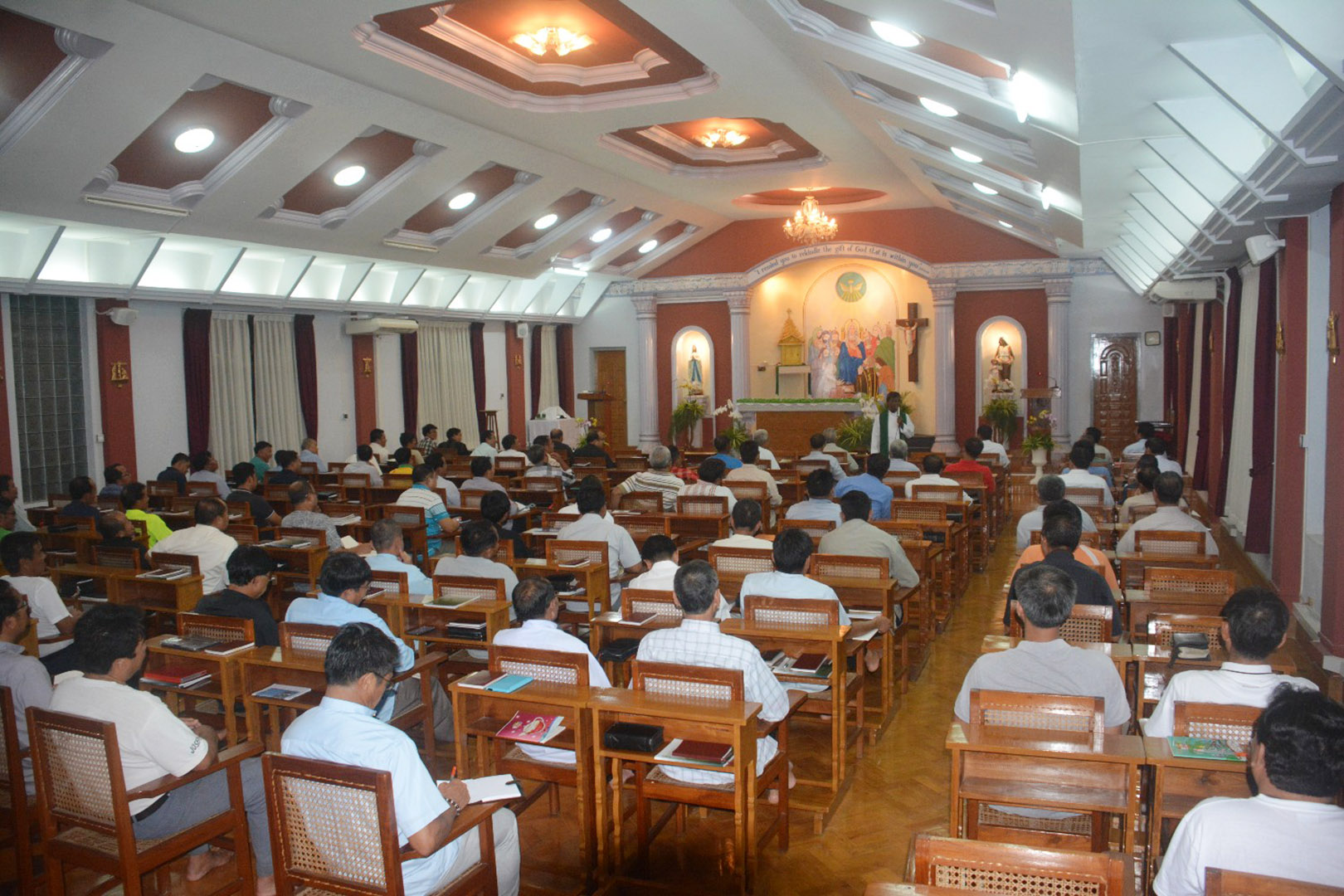