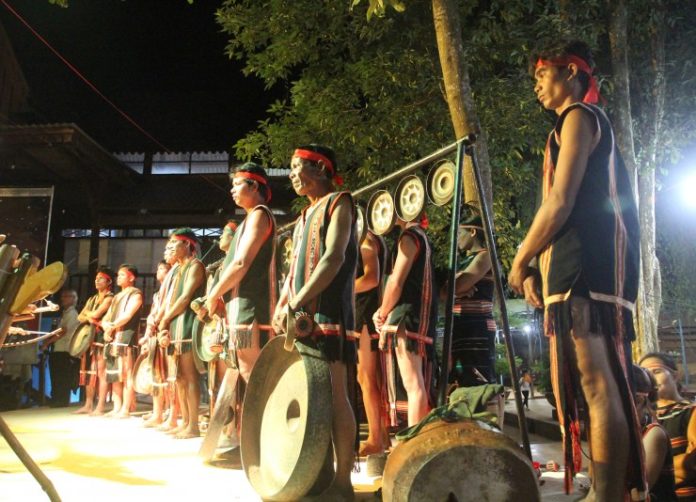 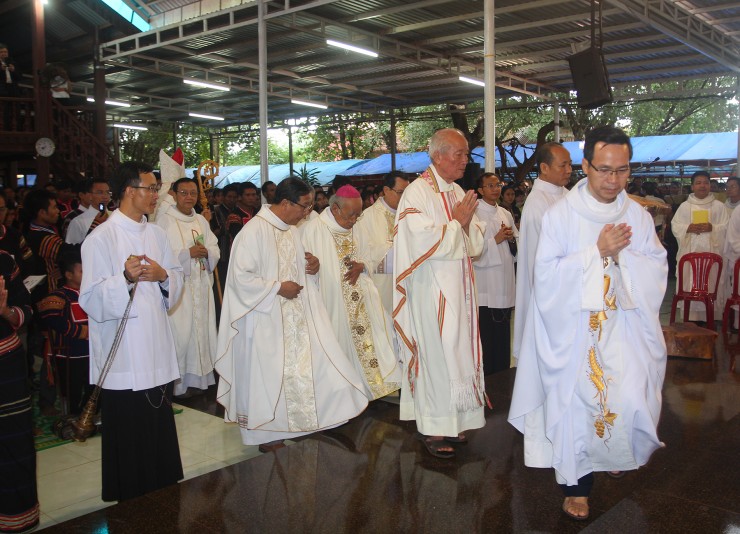 Fr. Peter Nguyen Van Dong mentioned in his homily the history and the statistic of Kontum diocese. He stressed that there are 29 priests and 3 brothers of the Redemptorist Congregation who are doing their mission for about 61.000 Catholics in the diocese of Kontum, including 45.000 Jrais, 10.000 Bahnars, and 6.000 Kinh people.

He recalled the words of a Jrai elder who said that the Jrai people have lost many things such as land, forests and their traditions were endangered too. However, with the support of the Redemptorists, the Jrai Catholics succeeded in preserving their traditional culture. They were encouraged to wear traditional clothes and play cong-chieng ( a kind of musical instrument). What is far more important, they could keep the faith, gather together to listen to the Word of God and live it. He said the Jrai brothers and sisters were invited to become good examples for the Kinh people to follow.

Fr. Peter Nguyen Van Dong also did not hesitate to ask the Provincial of Redemptorists to send more missionaries to minister in the Central Highlands because there is still a need for evangelizing this vast land. He invited the Redemptorists to continue to love the poor and live poorly in order to proclaim the Good News to the poor.

After the Mass, Fr. Provincial Joseph Nguyen Ngoc Bich, on behalf of the Redemptorists, thanked Bishop of Kontum and all the participants. He expressed gratitude to everyone who had collaborated with the Redemptorists in the mission for the past 50 years.

In response, Bishop Aloisio Nguyen Hung Vi thanked the Redemptorists for responding to the invitation of Kontum Diocese to come and serve in this missionary area of Highlands. 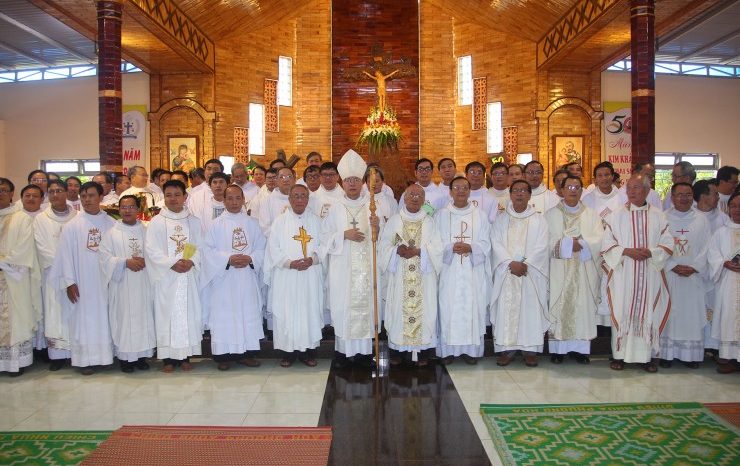 After the Mass, the celebration continued at the agape with the Jrai meal that was shared by everyone. The meal was imbued with the unity and love of all members of the people of God.

The Jrai mission was initiated on October 10, 1969. It was the Holy Spirit who led 4 Redemptorists (Father Tai, Brother Tin, Brother Mau, Brother Quan) through the hand of bishop Paul Seitz Kim to Pleikly. From this village, the Redemptorists continue to reach out to the remote areas of the Highlands to evangelize this land. At that time nobody dared to think of such development of the mission work. The celebration of today shows clearly that it is not the human work but God’s one. It is He who is still doing the work of salvation. 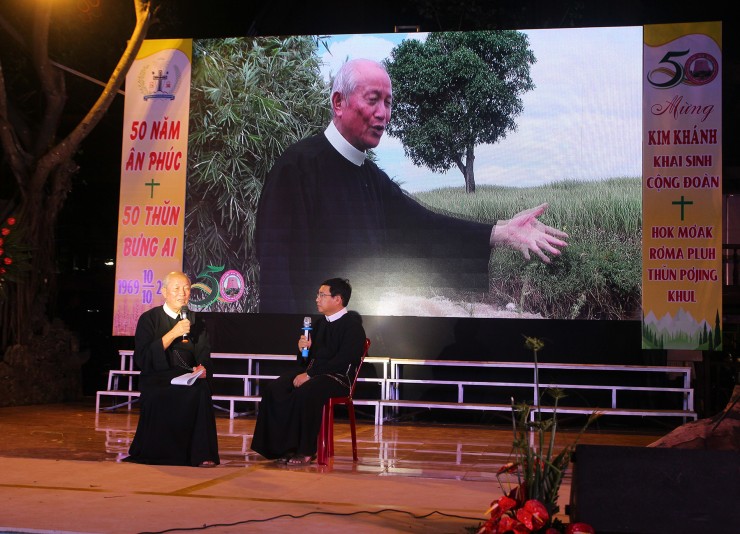 The festive celebration has ended, but the footsteps of the Redemptorists still continue to accompany Jrai and Bahnar ethnic brothers and sisters. May the Lord continue to pour out a multitude of blessings on the Redemptorist brothers so they may go forth and proclaim the Gospel as the Lord wishes.