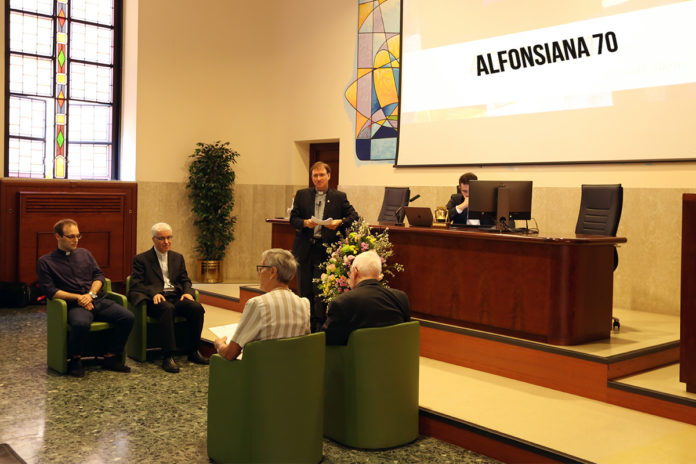 (Rome) The annual Welcome Day event took place at the Alphonsian Academy in Rome on October 3, 2019. It was a day dedicated to welcoming new students who begin their studies and come together to begin the new academic year.

The day began with an interactive presentation dedicated to the “present and future of the Alphonsian Academy”, with particular reference to the seventieth anniversary of the foundation of the Academy, organized by the Cultural Activities Commission (CAC) and moderated in talk show style by Prof. Mario Boies C.Ss.R. There were videos presented about the past and the present of the Alfonsiana. 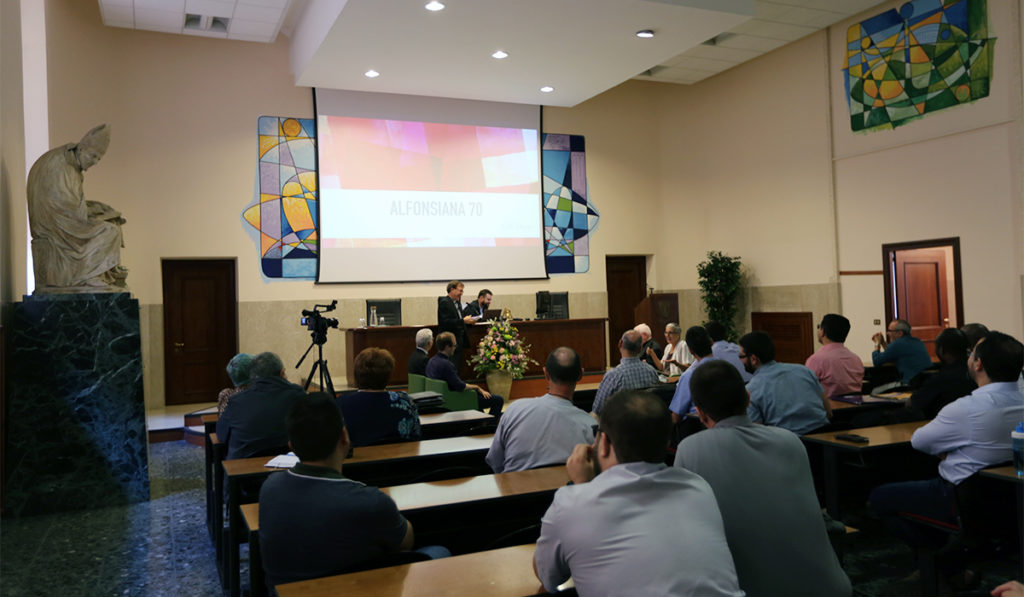 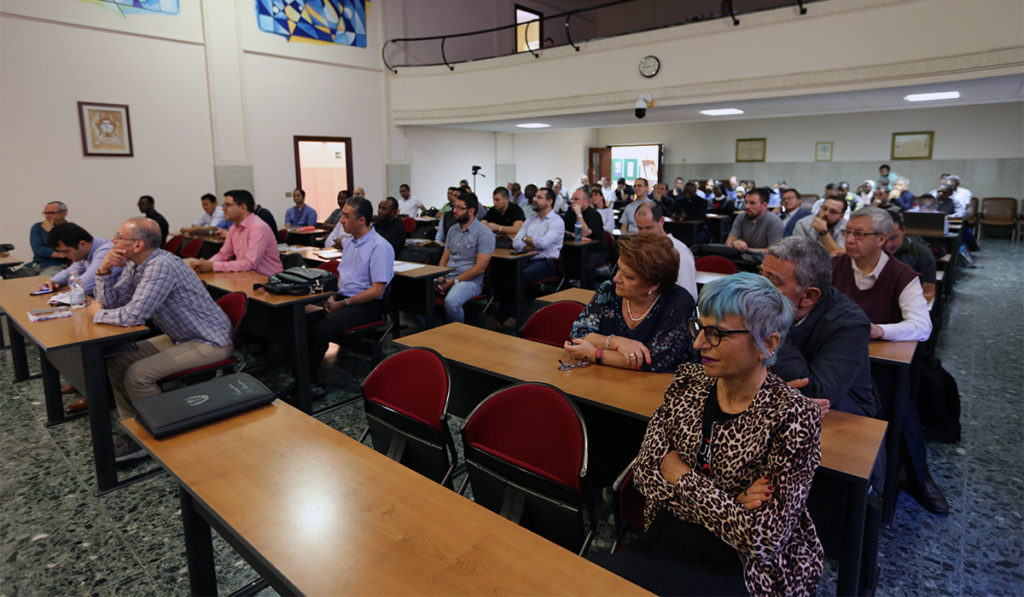 The flow of several faces and stories pictured the brief history of the Academy, in relation to the long history of the Church but certainly dense both at cultural and human levels.  Short dialogues with four special guests linked the history with the present event. Fr. Seán Cannon C.Ss.R., president of the Academy from 1989 to 1995 and a professor for over 40 years, retracted briefly the years that he had spent in the academic community of professors and students which was following the spirit and legacy of St. Alphonsus de Liguori. The second guest was Prof. Jules Mimeault C.Ss.R., Secretary of the Commission of the Program and Vice-president of the Academy, who in a few minutes outlined the intellectual profile of the Redemptorist theologian François-Xavier Durrwell and made a brief reference to the meaning of the study of moral theology for the students of today. The General Secretary, Dr. Danielle Gros, spoke on the peculiar quality of the Alphonsian Academy, which knows how to combine a climate of familiarity with the seriousness of the theological teaching and research. The proof is the good number of new students who enrolled for the 2019-2020 academic year. 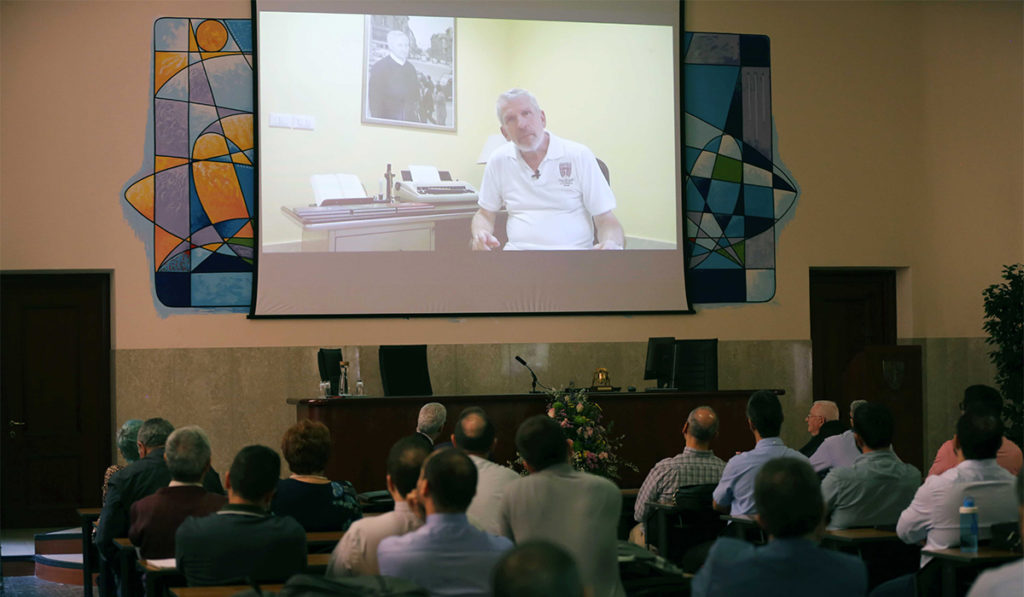 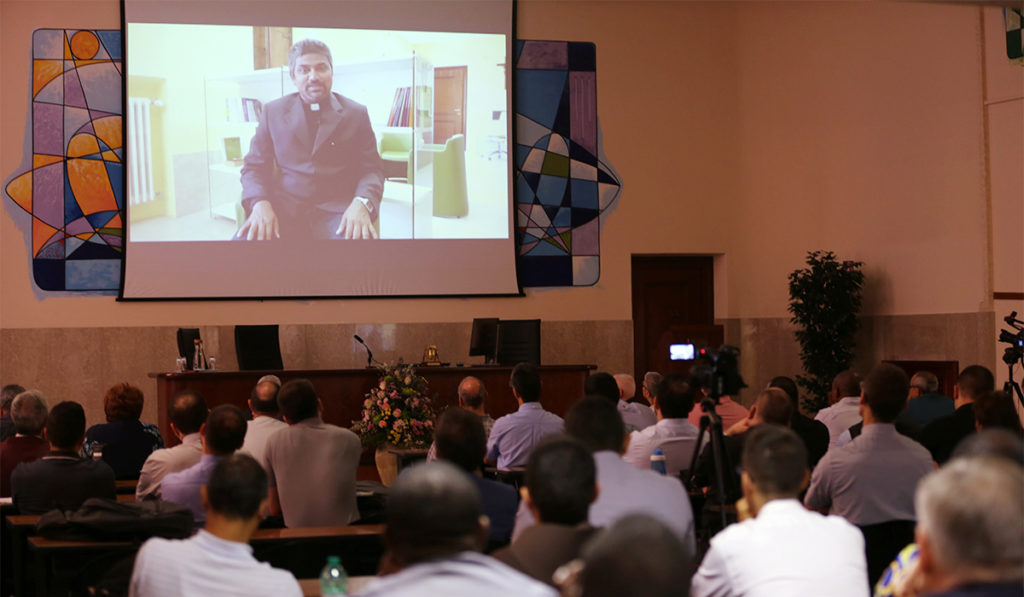 The last part of the presentation was dedicated to the “future” of the Academy. It started with some questions addressed to one of the doctorate students and regarded the challenges that had to face the persons who approached the study of moral theology today. It was a good opportunity to explain how the Academy, in particular by the interdisciplinary nature of the studies and the precious singularity of the Alphonsian approach to morality, could help to form a mature view and conscience not only of the future theologian but above all of the pastor.

The interactive presentation ended with a greeting from the principal, Prof. Alfonso Amarante C.Ss.R., addressed to the community of professors and students who gathered at the large Aula Magna. 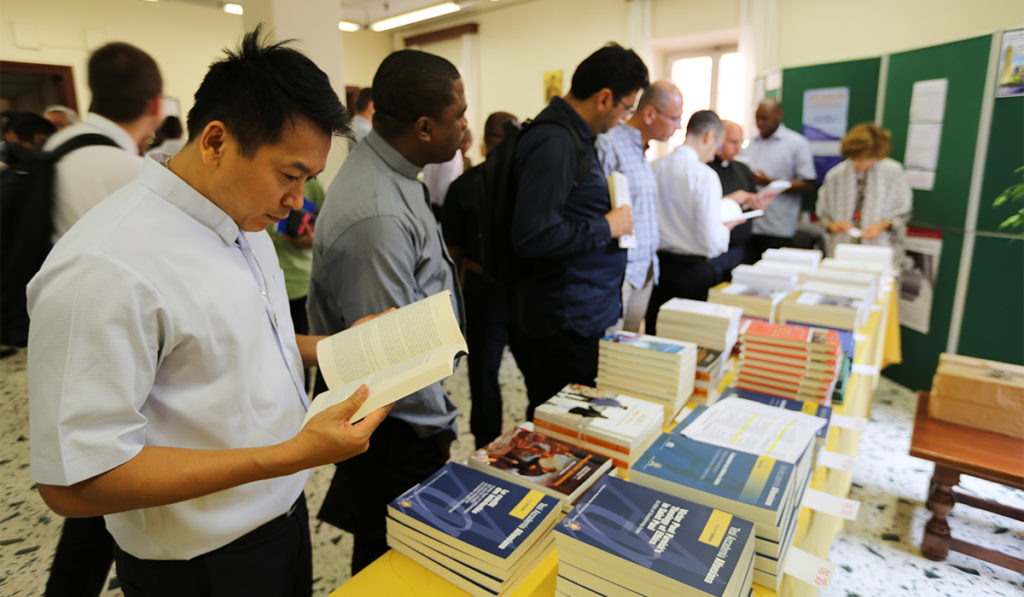 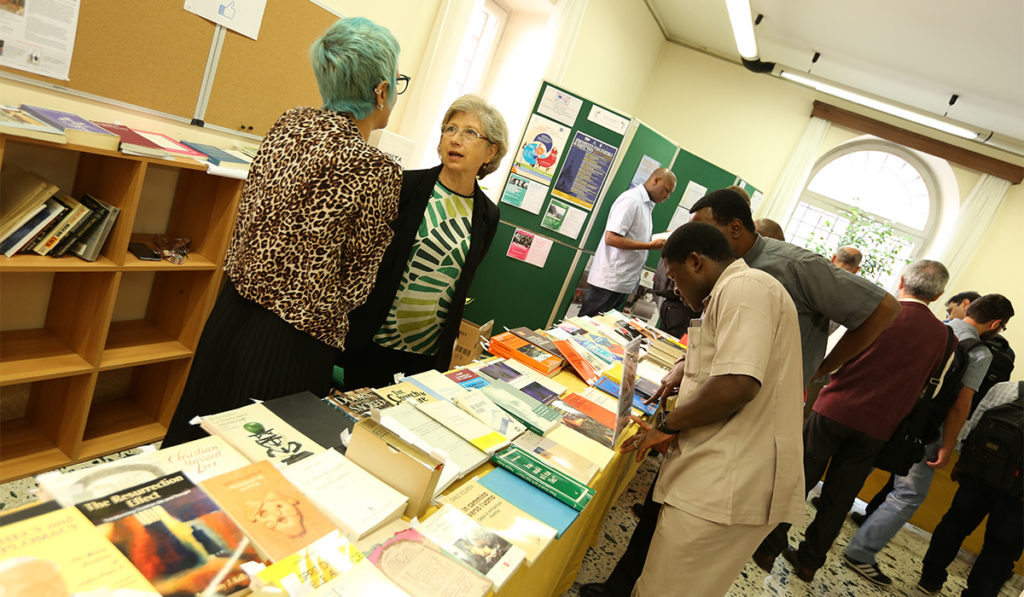 After a brief pause, the various activities began. The students of the first-year of license could attend two conferences dedicated to the general presentation and the “technical” aspects of the Academy’s services, to the setting of the Biennium, in particular regarding the criteria to be adopted in choosing the courses of one’s own curriculum, followed by meetings with academic consultants for language groups. Students in the second year of license and doctorate, on the other hand, were involved in the liturgical preparation of the inauguration of the academic year.

Then the students might attend the exhibition on one of the important stages towards the attainment of the license title, that is, the topic discussions, real lessons held by the candidates and valid as an exam to obtain the degree; for the Ph.D. students, instead, the introductory meeting for the presentation of the “Seminar for the Ph.D. students” was held.

After a moment of prayer led by the students followed an “intercultural lunch”, a buffet in which it was possible to share dishes from various cultures. The afternoon session of the day began where the first-year license students benefited from the presentation and then visited the library.

The Welcome Day ended with good wishes of a fruitful academic year for the whole community of the teachers, students, and staff.