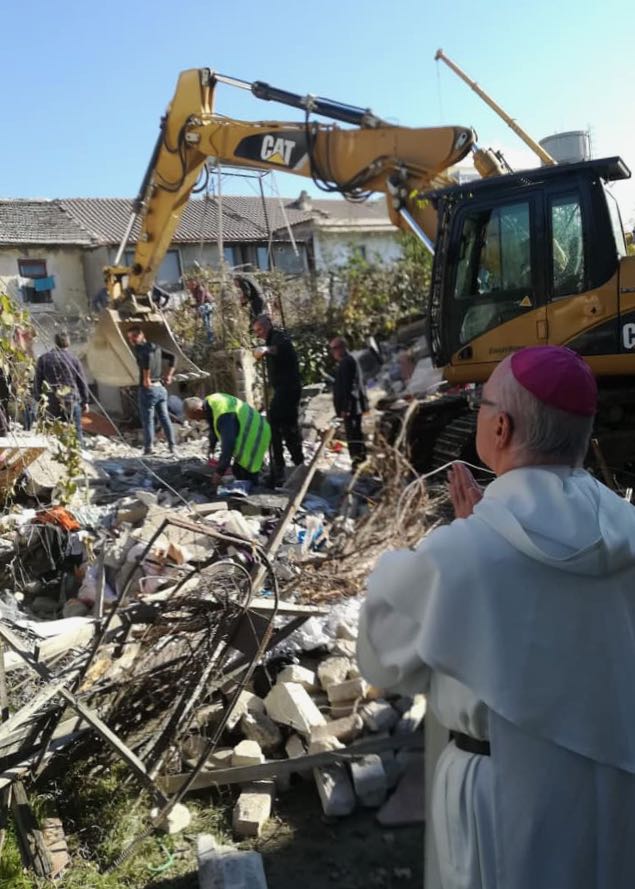 (Kamëz, Albania) On November 26 Albania was struck by a strong earthquake with the strength of 6.4 Richter scale. The epicenter was located 30 km from the capital city Tirana. The most damaged are the towns located in the neighboring deaneries of our mission, Durrës and Thumanë.

According to recent data there are 28 dead victims, 45 people were saved and recovered from the ruins. Over 600 people are injured. Many buildings were ruined. Others have significant life-threatening damage. Our churches and church facilities have been slightly hurt. In the effect of the earthquake we observed several cracks on walls and plasters dropped off.

People live in fear, they spent the night outside, afraid to enter the buildings. The earth is still trembling and over 550 aftershocks have been recorded.

Msgr. George Anthony Frendo OP, archbishop of Tirana-Durrës, visited the city of Thumanë soon after the earthquake to pray for the victims of this disaster and to support workers who have worked for hours to find the survivors.

The Redemptorists have been ministering in Kamëz – Tirana in Albania since September 2014. This community was created as a missionary project of the Redemptorist Conference of Europe.