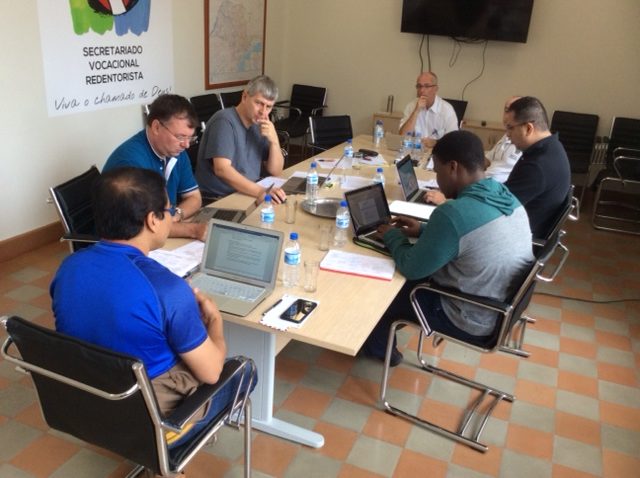 (Aparecida, Brazil) From Monday, November 18th, until Friday, November 22nd, 2019, the General Secretariat of Formation met for the fourth time during the present sexennium (2016-2022).  The meeting took place in Aparecida, Brazil, following the practice of having some meetings in a Unit outside of Rome in order to visit the initial formation houses of that Unit.  On this occasion, the Secretariat visited and celebrated liturgies with the formation house for mature vocations, the minor seminary, the formation house for the Brothers, the Province Theologate and the Conference common Novitiate.

The first day of the meeting was dedicated to a sharing with Father General, Michael Brehl, who helped clarify issues with regards to initial formation and the different processes.  With Father General´s presence, a session of the meeting was dedicated to listening to the different Conference representatives on the Secretariat on what is happing with regards to initial formation now that the mid-sexennium meetings were had in each Conference and the processes with regards to Reconfiguration and the Apostolic Priorities were further defined.

A full day was dedicated to the final polishing of the updated Ratio Formationis Generalis.  The actual Ratio Formationis Generalis is dated 2003 and since then there have appeared different Vatican Documents including those from the Congregation of Religious and different Synods, and Congregational documents, for example, the Decree of the General Government on Initial Formation, 2015, and the last two General Chapters (XXIV and XXV).

Another full day was dedicated to the ongoing task of discerning Fundamental Elements of each of the initial formation stages.  These documents are intended to be tools for the formators, especially as they design the Programs for each formation stage.

In response to the XXV General Chapter´s petition of a “complete and detailed analysis of the Units’ and Conferences’ initial formation programs at all levels”, the Secretariat dedicated some time to this project which involves the dates and places to be visited, the evaluation models and the general process to be followed after final approval by the General Council.

Finally, the Secretariat dialogued the publication of new volumes of the series, Redemptorist Formation, which intend to be valuable tools for formators and their ministry of initial formation accompaniment. 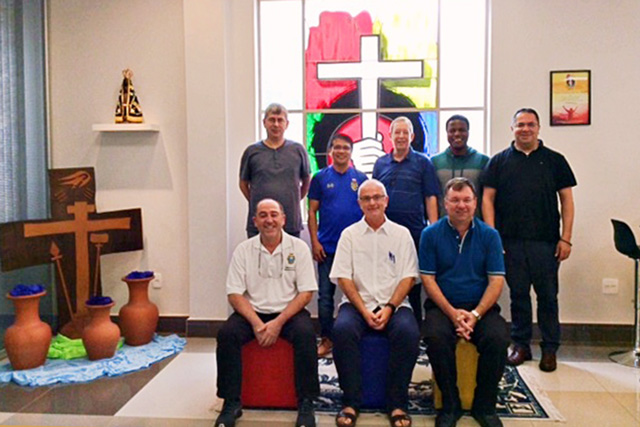 The Secretariat expresses its gratitude to the Sao Paulo Province for its attentive and generous collaboration and hospitality.