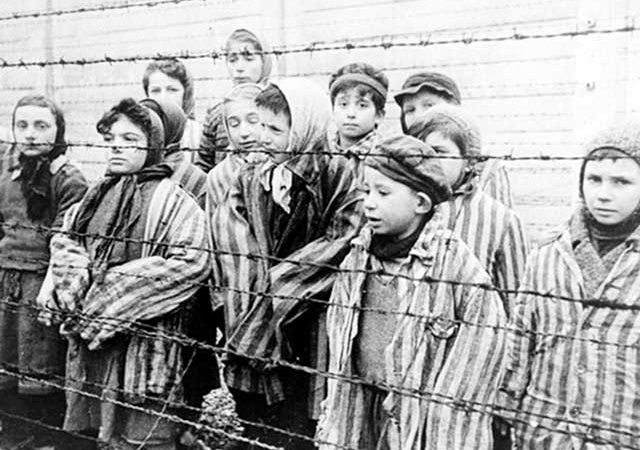 Scientists tell us that the human mind is capable of imagining quite a small number of individual entities: between 6.000, 60.000, 600.000 and 6.000.000 we can distinguish rationally but at the level of imagining such numbers our powers run out at 6.000 (or some such figure). This is not a major handicap when talking about cigarettes or fruit-flies, but becomes very serious when we are talking about people, particularly about victims of violence. The purpose of this blog is to introduce those who do not know Etty Hillesum to this marvellous person and to suggest a way of combating the dangerous tendency to massively underestimate the difference between 6.000 and 6.000.000.

Etty (Esther) was born into a “liberal” (i.e. non-practicing) Jewish family in Holland at the beginning of the First World War. Her mother was of Russian origin and transmitted much of this culture to Etty. Her father was a professor of classics and something of an introvert. There were two boys in the family, Jaap and Mischa, the former a medical doctor, the latter a gifted musician but afflicted with psychiatric problems.

Everything changed for this family when the German army invaded Holland in May 1940. From the period between 1940 and 1943 we have access to a very long diary and about 70 letters written by Etty. The Diary is mostly written in Amsterdam and describes poignantly the experience of military occupation. The Letters are written from a transit-camp called Westerbork and describe even more poignantly the immense sufferings of the inmates as they await deportation. Etty had the opportunity to escape deportation but decided she should share the fate of her people.

Since this material was published in a complete form in 1984 it has attracted amazement and wonder all over the world because of its spiritual depth (see here for details). Not herself a Christian, Etty entered into a relationship with God which enabled her not only to face the horrors of her fate but to spend herself in helping the most vulnerable of her companions. It is important to see films and documentaries about the Shoah, but none that I have ever seen has brought home the horror of this event as do the Diary and the Letters. These documents derive their force from the stark contrast between the beauty of Etty’s relationship with God and the horrors of the Nazi persecution. Commenting on her life, Benedict XVI has said:

«In her scattered and restless life, she finds God in the middle of the great tragedy of the 20° century, the Shoah. This young girl, fragile and discontent, transfigured by faith, is transformed into a woman full of love and inner peace, able to say: “I live continually in intimacy with God”».

Coming back to Etty as 1 of 6.000.000, I want to finish with a suggestion. Every one of the 6.000.000 was an individual person, but to the vast majority we have no personal access and so they risk becoming statistics. My suggestion to the reader is to “adopt” Etty as a representative of these 6.000.000 human beings. By “adopt” I mean reading the material available and entering into communion with Etty and, through her, with the other victims. Doing so for me has been and remains one of the greatest graces of my life, particularly since I have come to understand that it is more a question of Etty adopting me than of me adopting Etty.