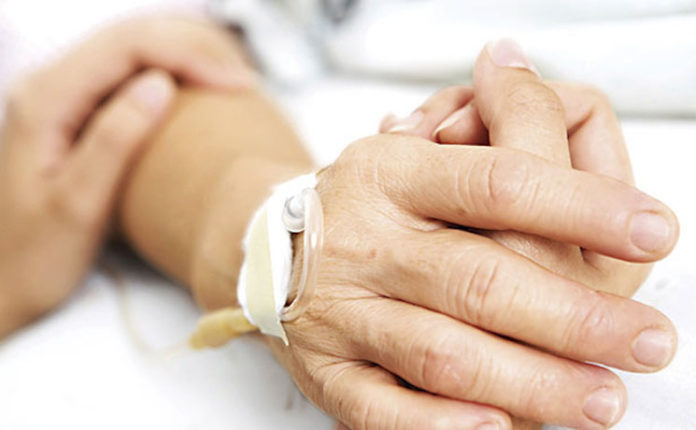 The bioethical discussion on the end of life in recent years has focused on the so-called right to die of the patient as the maximum expression of his autonomy. From a rational point of view it seems absurd that a subject affirms himself with an act that has as its purpose self-destruction: to be living is the prior condition to be able to make any decision and, for this reason, life cannot be a possible object of choice. The legalization or tolerance in some countries of the suicide of a patient with the assistance of a health care professional (in Italy since 2019 with a ruling of the Constitutional Court) (communiqué) is a challenge for pastoral care: the will to give oneself death is never a morally acceptable act, just as it is not acceptable to collaborate in carrying out a suicidal intention. However, it seems contrary to charity that a suffering person should be left alone by the Christian community at such a dramatic time; for this reason, several documents have been produced in recent years which deal with this new and disturbing situation¹. In December 2019, after intense internal debate, a document of the Conference of Swiss Bishops was published: Attitude pastorale face á la pratique du suicide assisté. Orientations pastorales (Scheda).

The document takes note of the growing demand for assisted suicide and examines it from the psychological, sociological and ethical points of view. The desire for suicide can be aroused by the fear of suffering unbearable suffering or falling prey to therapeutic fury or losing one’s dignity at the end of one’s life, but also by a profound sense of futility, especially in the elderly. It is the duty of society to provide proximity, care and palliative care which are the real answers to the causes of assisted suicide (cf. Attitude 5-8). One can understand the psychological dynamic that leads to the demand for suicide, but one can never justify an intentionally suicidal act, nor can one ever become a collaborator in it, especially when it comes to healthcare personnel who, by professional ethics, should always be at the service of life (cf. Attitude 7-11).

The position of the pastoral agent is rather delicate. The Swiss Bishops formulate a general rule which calls for careful discernment on a case-by-case basis: “It is necessary to accompany people who have decided to commit medically assisted suicide as far as possible” (Attitude 15). Accompaniment involves taking note of suicidal intentions, without this meaning sharing them and without ever losing hope that they will be overcome. “On the contrary, one must consider that spiritual accompaniment is a path of maturation and purification of all desires under the gaze of tenderness and mercy of God” (Attitude 12). The celebration of the Sacrament of Reconciliation and the Eucharistic communion in this context of accompaniment call for a good evaluation of the dispositions of the faithful both with regard to their real awareness of the unacceptability of a suicidal choice and with regard to their willingness to question and overcome it. The third part of the document provides a wide and varied typology of situations (cf. Attitude 21-30). When sufficient provision is made and there is no risk of giving the impression of justifying an anti-evangelical choice, the sacraments can be celebrated, but this celebration is in no way given when death is not accepted, but is procured consciously and voluntarily. The viaticum is the sacrament of life which accompanies the faithful in their acceptance of death as a passage and cannot be received in a context of a voluntary search for death (cf. Attitude 16-17).

The pastoral worker is invited to remain with the candidate for suicide until the last moment, in the hope of a change of intention, but “must leave the patient’s room when the procedure immediately preceding the intake of the lethal product begins” (Attitude 16). According to the indications of the Bishops he is sent to retire near the place of suicide in order to be able to intervene at any moment, in case of signs of repentance, even in the minutes – on average about twenty – that elapse between the intake of the lethal drug and the loss of consciousness before death (ibid.). The press, including the Catholic press, underlined in the headlines and in the comments this abandonment of the room by the priest, favouring a false impression of the document which gives neither operative nor rigorous nor excluding indications, but which is inspired by great pity, understanding and patience. The daily pastoral experience will be the final test of the goodness of these orientations.

¹ At the end of 2016 the Bishops of the Canadian province of Alberta and the Northwest Territories published Guidelines for the Celebration of the Sacraments with Persons and Families Considering or Opting for Death by Assisted Suicide or Euthanasia. At the same time A Pastoral Reflection on Medical Assistance in Dying of the Atlantic Episcopal Assembly of the Catholic Church was published, which in our opinion was more balanced than the previous one. In March 2017 a disconcerting document from the Belgian Brothers of Charity Group was released entitled View of the Brothers of Charity Group in Belgium of euthanasia for mental suffering in a non-terminal situation.