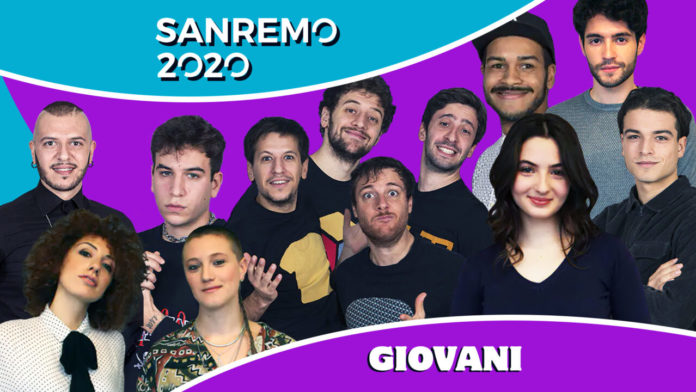 About the Sanremo festival: is music a “chair” of values?

Beyond the various controversies that a festival like this can awaken, the important thing is the music that is presented and then echoes in society. It’s not easy to measure, let alone anticipate how this reception will be. Some songs make history for their music, for their lyrics or their contexts. Moreover, always, somehow, songs touch people’s most intimate fibres and, in this sense, they are transgenerational because in a certain way they are transversal narratives and more or less shared feelings.

Music undoubtedly determines a fundamental emotional space for people. It transmits a way of feeling and perceiving life, creating a fundamental empathy. In general, music comes first and perhaps together with artists, and then the lyrics, which sometimes need more than one listening or re-reading to capture all the nuances. This activates a circular process between what the song wants to arouse and the listener’s situation.

Sometimes you can have the perception, or simple sensation, that today you go behind the rhythm, the spectacularity or the simple emotionality. And that, therefore, there would be a lack of ability to investigate, discover, wonder, go further in capturing in-depth all the message of the songs, showing their romantic strength or a certain social commitment. Maybe there’s a bit of everything. We believe that in general people let themselves be conquered by a more integral understanding, in which feelings, emotions and reflections are intertwined in a very particular way. These festivals and their songs, like music in general, help people to express what they are, what they feel, what they live and, even better, what they want or want to live. They are expressive and indicative places. Therefore, they are places of morality, they are a source and cultivation of values, of those that have already been acquired, of those that perhaps should be strengthened and those that have yet to be discovered.

It is always possible to find an incentive for love, from the most romantic to the most committed. The reality, in its rawest expression and its greatest desire to transcend itself, can express itself through songs, music, and lyrics, which, in many ways, manage to ignite the true meaning of life. This is what values, ethical and moral perspectives should do. We are of the idea that in music there is a “chair” that should be heard, that should be pedagogically used for learning moral theology. The Word of God itself is largely “musical”, in which songs and hymns are found, as well as recommending praise to the Lord through them.

Aristotle reminds us that: “One must think that music in some way promotes virtue […] In fact, in the rhythms and songs there are representations, as close as ever to reality, of anger and meekness, and also of courage and temperance and all their opposites and other moral qualities” (Politics, Book VIII, 5).

Without doubt, the moral life needs order and discipline, but not the one that does not know how to harmonize the disorder of human complexity, the beauty of freedom, the courage of passion, the impulses of love, the open oceans of desires, the cries of anger for what is wrong, for what hurts, for what is unjustly stolen from us, for the world that is lost, for the exclusions that hurt, for the arrogance that divide us, and the many things that make life the most beautiful and tiring thing at the same time. Perhaps music in a more adequate way that other “lyrics” can teach us (in the most genuine sense of the word) to live better, with more harmony, with more sapiential and prophetic connection, in the middle of the symphony of such a plural and diversified life.

As an example, we can remember the song that just won the category of new proposals at the festival of Sanremo 2020, Vai bene così interpreted by Leo Gassman, a song that tries to give back strength to all those who need it in the most difficult situations, not to forget how beautiful life is. The lyrics are very expressive: “But come back to dream that an artist is a child who doesn’t want to give up, you mustn’t drown in what you don’t know how to do, that you’re fine like that”, and even more if you consider the chosen word as a choral cry: “Asimbonanga”, belonging to the Zulu language, which means: “We haven’t seen him”, taken from a song dedicated to Nelson Mandela, a tribute to the symbol of the struggle against apartheid and for freedom.