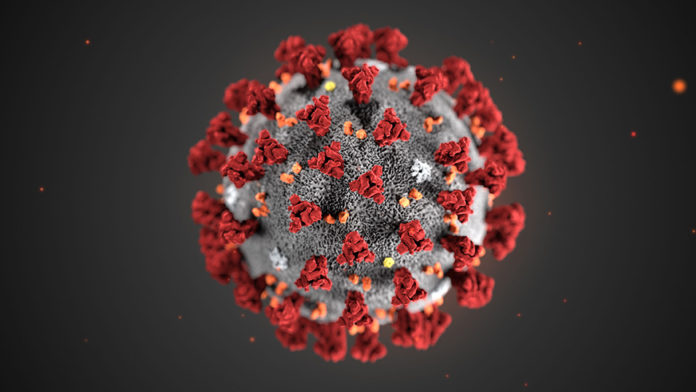 On 6 March last, the Italian Society of Anaesthesia Analgesia Rianimazione e Terapia Intensiva (SIAARTI) – whose motto is “Pro vita contra dolorem semper” – published a series of Clinical Ethics Recommendations for admission to intensive treatments and their suspension, in exceptional conditions of imbalance between needs and available resources responding to the predictable scenarios of the current Covid-19 pandemic [1].

The document aroused amazement and debate because it addresses the dramatic question of how to manage an extreme emergency situation when needs (people in need of intensive care) far exceed available resources (UTI equipped beds). After having tried all available solutions also by transferring critical patients to other less congested locations, the document envisages allocating the very scarce resources first of all to those who have “more chances of survival and secondly to those who can have more years of life saved, with a view to maximizing the benefits for the greatest number of people”. Added to this are very articulated and balanced bioethical recommendations – clinical appropriateness; proportionality of care; distributive justice; appropriate allocation; etc. – which, however, cannot be analyzed in the limited space of this post.

The President of the National Federation of the Rank of Surgeons and Dentists (FNOMCEO), Filippo Anelli, intervened interpreting the SIAARTI document as a “cry of pain” of those in the front line, reiterating that no doctor should be forced to make such tragic choices, remaining the authoritative guide of Italian doctors the Code of Medical Ethics that recognizes all patients as equal and entitled to the same treatment without discrimination. A similar position was also expressed by the President of the Catholic doctors Filippo Maria Boscia, raising concern about the risk of injustice, discrimination, and abandonment, especially with regard to the most vulnerable patients in terms of age and plurality of pathologies.

With the progress of the epidemic, especially in Lombardy, what at the beginning of the month seemed a remote and risky hypothesis, now appears to be an extreme necessity, after having tried in every way to expand the beds, to buy new respirators and to transfer patients. Thus some bioethicists have expressed themselves on the rules of extreme emergency triage to assess the ethicality of these criteria.

Maurizio Mori recognizes in these last statements “a hope that warming hearts, makes the sense of reality evaporate; while the SIAARTI Recommendations are the result of a lucid analysis of reality”. The latter would represent a desirable abandonment of the Hippocratic ethics of the sacredness of life and equality of people, in favor of the criterion of quality of life on the basis of which it is correct to choose who deserves to be cared for/live and who does not. The emergency case is used as a paradigmatic case to affirm a utilitarian “new bio-ethics”, to the point of asking to eliminate from the deontological code the protection of life as a priority task of medicine and to open the debate on the legitimacy of euthanasia.

Even some theologians have expressed their prudent opinion stating that it is ethically reasonable in case of extreme emergency to give precedence to those who can benefit more and in greater numbers, for the shorter time of occupation of the place in intensive care. This would be a particular application of the principle of proportionality/reasonableness, which requires that the resource be made available to those who benefit most and in the longer term. It would not be unfair discrimination that calls into question the value of life and the equality of the sick, but rather one that seeks to safeguard – when it is no longer really possible to treat everyone – the proportion between needs and available resources, in order to treat as many people as possible in the most satisfactory and sustainable way. In the emergency, ethics, not being able to ensure all the good, is content with a partial good such as the most logical and human choice” without taking anything away “from the purity and totality of the good, the good of life”.

In our opinion, the explanations offered do not appear entirely conclusive: Mori’s explanation because it opens the door to serious and dangerous euthanasiatic and eugenic drifts on the basis of the criterion of quality of life, which explicitly undermines the fundamental right to equal access to care; the other because, beyond the explicit intentions, it seems to us that it could give rise to some form of “ethics of the situation” where extreme contingencies would legitimize consequentialistic solutions (the greatest good, for the greatest number, for the longest possible time).

We believe that the criteria of disaster triage, war medicine, and the current pandemic situation can only be legitimized in a Catholic perspective by interpreting them as “the only possible good” in the given situation. There is no other good in the dramatic circumstance of the epidemic than to give the few resources to those most likely to benefit from it (reasonably well-founded: medical, epidemiological, justice and non-discrimination criteria). To do otherwise – perhaps following the criteria of greater severity and order of access, as is usually done in the emergency room – would certainly correspond to an evil, causing more critical illnesses and deaths. That is, it is not a question of choosing between two goods (the lives of all or only a few privileged people) by defining uncertain moral criteria for weighing inestimable goods. This hypothesis, in fact, is illusory, because in fact there is only one way to avoid wasting the very limited resources available, to assist the sick and to save lives. Ethically it is right to choose the only possible good, anything else would be a physical and moral evil.

Only in this way does it seem to us that the sacredness of life and the equality of people are not compromised, net of the need to limit these eventualities to exceptional situations, to accompany people who suffer the psychological and relational impact of unavoidable choices, and to care for the dying in a humane and dignified way, to the best of human capabilities available.

With modality to similar The question of triage was also placed in Spain where the Covid-19 is putting a very hard test, especially In’Madrid metropolitan area, land UTI now close to the limit of endurance.