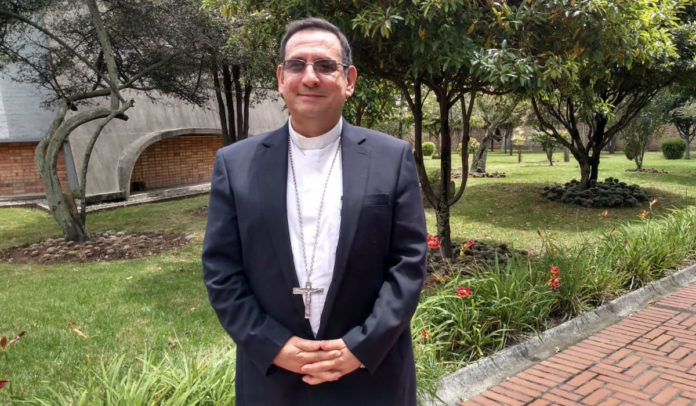 Bishop Francisco Antonio Ceballos Escobar, C.SS.R., was born on 4 March 1958 in Génova, diocese of Armenia and department of Quindío, in Colombia. After primary school, he completed high school in the San Clemente María Hofbauer Minor Seminary, of the Redemptorist Fathers, in Manizales. After his noviciate n Piedecuesta, in Santander, he gave his religious vows on 5 August 1984. He carried out his studies in philosophy at the Pastoral Centre of Philosophy in Bogotá and in theology at the Teologado Interprovincial Redentorista in Tlalpizáhuac, Mexico, and at the Pontifical Xavierian University in Bogotá. He obtained his licentiate in educational sciences at the  Universidad Santo Tomás in Bogotá.

On 10 June 2010 he was appointed as vicar apostolic of Puerto Carreño and received episcopal ordination the following 30 July.