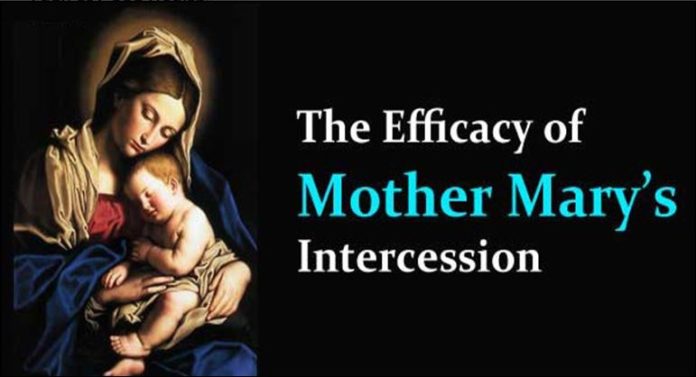 The crisis has historically accelerated change, and COVID-19 is no exception. This tiny little virus has humbled humanity and brought almost everything to a standstill for a while. The world as we knew it has changed. Life will never be the same again. As the number of COVID-19 cases surges each day, people are gripped by fear and uncertainty, wondering what the “new normal” would look like?

During times like these, especially one involving our health, we are invited to turn to God with faith and hope and in a particular way to seek the intercession of our Blessed Mother for a miraculous cure or even a simple restoration of our health, for she is “Our Lady of Good Health”.

We are in the Easter season and for our Angelus, we recite, “The Regina Caeli”. According to legend, this prayer dates back to the 6th century with Pope Gregory the Great. A severe plague ravaged the city of Rome, even claiming the life of Pope Pelagius II. It was a difficult time for the people of the city, and when Pope Gregory I (later known as Pope St. Gregory the Great) was elected to lead the Church, he immediately set out to call upon the mercy of God. 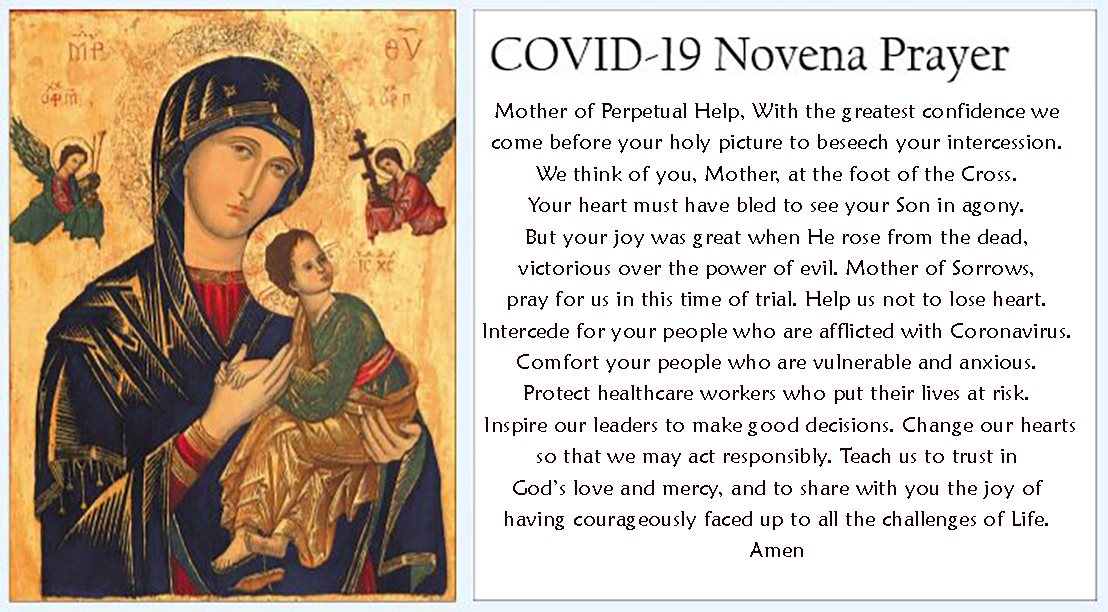 Pope Gregory led a procession out from St. Peter’s Basilica past the Mausoleum of Hadrian in a prayerful petition to end the plague. He invited everyone to pray to God that the plague would be lifted. The Golden Legend narrates how the procession was led by an ancient image of the Virgin Mary, reportedly cleansing the air of disease. It is believed that this image of the Virgin Mary is in fact the one that Pope Francis has been using during the liturgies of Holy Week: the “Protectress of the Roman People,” attributed to St. Luke.

The Church in Rome received two gifts that day. The disease of the city was cured and a new prayer was established to help remind the faithful of joy even in times of great suffering. The Regina Caeli is a few-second way to get a little taste of heaven and keep the Easter joy alive, especially in our trying times.

The month of May is a good time to remember Mary’s maternal tenderness and care for us. The month of May invites us to “attend the school of Mary.” During this month it is important to say the Rosary, especially for and with our children. There are thousands of occasions to recite it: alone or together, in the morning before starting the daily chores or at night, with the family together in the praying corner; in bed when you can’t sleep … The days you’re exhausted or desperate. We can even recite it almost without thinking, like a call of love and trust, repeated over and over.

The “Hail Mary” prayer that Christians have been praying for centuries is composed of two main parts. The first part of the prayer is derived from the Annunciation, when the angel Gabriel greeted Mary by saying, “Hail, full of grace, the Lord is with you!” (Luke 1:28) The next part of the prayer is taken from the Visitation, when Elizabeth greeted Mary with the words, “Blessed are you among women, and blessed is the fruit of your womb!” (Luke 1:42)

At first, the prayer was known as the “Salutation of the Blessed Virgin,” and only consisted of the two verses joined together. However, during the Black Plague (also known as the “Black Death” 1347-1351) the prayer was further developed and a second part was added to it.

This second part (“Holy Mary, Mother of God, pray for us sinners now, and at the hour of our death”) is believed by many to have been added during the plague to ask for the Blessed Mother’s protection from the fatal disease.

An expert in Marian devotion, Fr. Donald H. Calloway, confirms this conclusion in his book Champions of the Rosary and explains how, “After the Black Death, the second half of the Hail Mary began to appear in the breviaries of religious communities, especially those of the Mercedarians, Camaldolese, and Franciscans … the people of the 14th century greatly needed the ‘hope-filled’ dimension of the second half of the Hail Mary prayer.”

More than ever we too need today this ‘hope-filled’ dimension of this wonderful prayer as we seek not only the intercession of our Blessed Mother but also her protection in her mantle of love during this time of the global pandemic.

Let us recall a prayer to Our Lady Health of the Sick, as Pope Francis composed, to implore her protection during the Covid-19 pandemic.

O Mary, you shine continuously on our journey as a sign of salvation and hope.
We entrust ourselves to you, Health of the Sick.
At the foot of the Cross, you participated in Jesus’ pain, with steadfast faith.
You, Salvation of the Roman People, know what we need.
We are certain that you will provide, so that, as you did at Cana of Galilee, joy and feasting might return after this moment of trial.
Help us, Mother of Divine Love, to conform ourselves to the Father’s will and to do what Jesus tells us:
He who took our sufferings upon Himself, and bore our sorrows to bring us, through the Cross, to the joy of the Resurrection. Amen.
We seek refuge under your protection, O Holy Mother of God.
Do not despise our pleas – we who are put to the test – and deliver us from every danger, O glorious and blessed Virgin. Amen