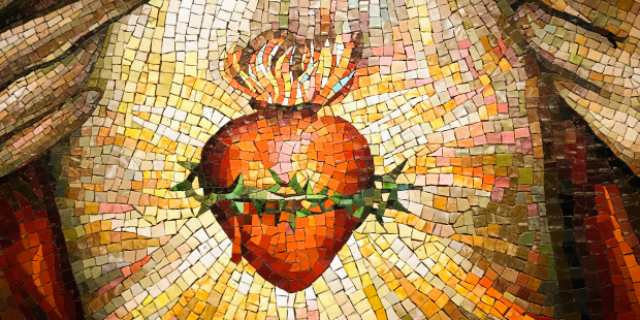 We are living a phenomenon that has convulsed us, because of the unexpected and overflowing. In some places we are emerging from this situation and in others there is still much to be faced. But everywhere, somehow, everything has been shaken up. In this shake-up of lives and structures, what interests us here are some attitudes that give us something to think about, that invite us to look for some reason that inspires us more than mere data and external disfigurements of our realities.  We want to understand why, in some way, this pandemic has marked us, has “defiled” us.

On many levels, the first thing that has been subverted is the inside and the outside. And it has been so, above all, because it has taken us by surprise. It is an “external” phenomenon that, without us realizing it, has imposed itself on us, has quickly and convulsively installed itself in our “inside”, generating instincts of self-defense. Here there is already a first symptomatic element, which we cannot let go. From the language and certain measures, the issue was faced with a burden we would say war, measures were implemented “fight”, “control”, “closure”, “distancing”, against an “invisible enemy”. This reaction should be deepened, because it is very historical. But hasn’t history taught us how dehumanizing it is? Because, whether we wanted to or not, violence was responded to with violence, without any further ado. Preventive and safeguard measures were taken which, just as they defended, attacked, just as in many cases they could provide security in others, not a few generated the opposite.

All of this happened in everyday life and in social and economic structures, the effects of which we will take time to assume and really measure. Let us hope that we will be able to analyze and accompany them. In the dynamics of the inside and outside, various reactions were seen. The outside was seen as dangerous and the inside as safe, be it the house, the hospital, the country itself, etc. And so, everything that was “the other” was the enemy, the one that causes fear; the foreigner, the black, the different, are always a cause of insecurity and, therefore, safe is only “our thing”, the thing at home, the thing inside, etc. For Jesus, on the other hand, things are very different.

It must be recognized that as the theme advanced and in great part became more acute, in some places more than in others, a more harmonizing language also appeared, more of the care for one another, although always within the logic just described. A warlike language was left for the moment, to give way to one of a more humanizing type. Although this did not mean that the tendency to look for personal or systemic culprits was abandoned, which, although always necessary, only diverted true attention from what was happening. And here is a point of reflection, what we were experiencing was defining us; once again the way we were redefined being, what we were, and allowed ourselves to be. This is another topic that should be deepened.

Inside and outside, voices that had previously been silenced, unrecognized, different types of inequalities and injustices were made visible and heard. When the epidemic became a pandemic, it became universal, and so it seemed more important, and of course because objectively it is. But what about the inequalities and injustices that are the most universal thing we have viralized in our system of life? And since these universalizations were already there, they now only exploded, at least as news, inequalities in health care, in labor systems, in domestic and systemic violence, between rich and poor, included and marginalized, white and Black, registered and underground, and so on. We are left with a large number of deaths, real and systemic, the question is do we really want to hear and see them? Do we want to undertake some kind of virtuous learning that allows us to realize that the outside has perhaps been less dangerous than the responses from within (personal and systemic)?

Learning to see how we are in order to know who we are and who we want to be; assuming and respecting our weaknesses, attending to and caring for our vulnerabilities in order to humanize ourselves; better managing our catastrophes, whether unexpected or not, giving rise to the real causes of these events and facing them with seriousness and wisdom, less warlike and more in the logic of true care; to face with more seriousness that there will be no solidarity possible if from within we do not change our paradigms of references, without a real paradigmatic conversion we will continue in an eye for an eye and the every man for himself, and only alms will be distributed (affective and effective; personal and systemic), we will only get used to diminish the pandemic effects and we will live calmly with the endemic evils, as it happens unfortunately with so many realities. If we do not change the things that “defile” us from within ourselves and our systems of life, unexpected and catastrophic events will continue to come from outside, to which we will not know how to respond in an integral and liberating way. Jesus has warned us and taught us about this. Will we want to follow his practice, will we want to have his heart for the only reason that could truly heal and save us?