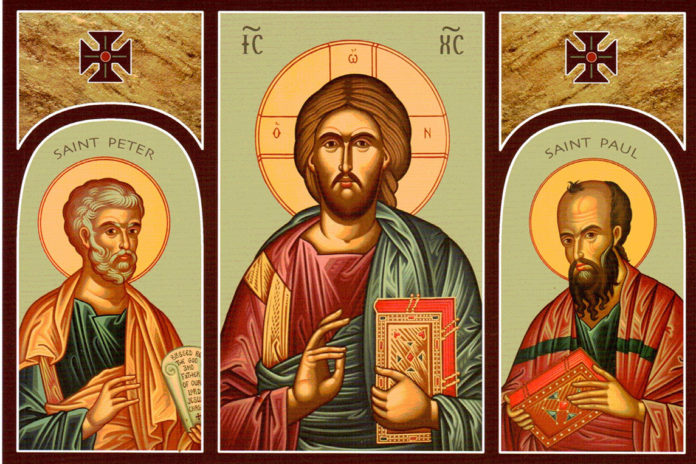 This week we celebrate the solemnity of Saints Peter and Paul, which recalls the life of these great characters in Christian history. We also arrive at the end of another academic semester, or rather, at the end of the academic year. Undoubtedly, it is a fruitful moment to review the path taken so far, enriching and strengthening our methodological and epistemological bases.

Therefore, we remember that the identity of the Alphonsian Academy is deeply marked by a moral way of doing and very much inspired by the teaching of Sant’Alfonso Maria de Liguori, that is, a morality that starts from life, in continuous merciful fidelity to the Trinitarian love manifested in its totality in the life of Jesus and in the Kingdom of the Father proclaimed by him, in continuity with the Church, a community of faith, supported in the grace of the Holy Spirit.

Reflecting on this entire context, I recalled so-called Jerusalem Council (Acts 15: 1-33), where these two important figures in the history of our faith would meet. Rather than making an exegetical study of the biblical text, I propose a small reflection on the symbolic content that we find in the persons of Peter and Paul in that important meeting, and on how this can inspire us on the path of a moral incarnation in the field of human history.

Peter, being the head of the Church of Rome, receives the visit from James, Paul and Barnabas, who are active bearers of the word of the Gospel among the Gentiles. The central problem revolves around the question posed by the Jewish factions who wanted to subject the gentiles to the prescriptions of the Mosaic law, such as circumcision. Very briefly, at the end of the meeting, circumcision of the heart prevailed, that is, the adhesion of life to the kingdom of the Trinitarian communion and a profound respect for the sensitivity of the brothers, so as not to cause scandals. It was also decided to share the apostolic mission in the official missionary sending of Paul to the people in communion with Peter.

Overcoming the demands of submission of the Judaizing factions, the mercy wins, listening to the Tradition of the words and gestures of Jesus, lets itself be questioned by the new imposed reality and creatively discerns the challenge imposed by the different cultures: those of Jewish culture continues to be the recipe of the Mosaic Law on circumcision and the consumption of meat offered to idols; For Gentiles, the precept of physical circumcision falls and common sense enters the consumption of the indicated meats.

Symbolically, we perceive in Peter the loving memory of the path already taken, what we call Tradition, without ever closing ourselves to the questions of life, always opening ourselves in a continuous discernment that allows us to carry out the pedagogical process of removing straw for years there so that the grain wealth can remain and will continue to thrive. In Paul, the audacity and courage to embrace the new, to “get one’s hands dirty” with reality, to become a “working ground”, to progress in communion without letting the temptation that so imperious will submit to so many of the Ego.

Finally, these are the two ways in which the construction of an embodied morality is carried out on the basis of life in search of life in its entirety. By reigning Trinitarian friendship and mercy, a communion is manifested in the tension between the Eternal and the Historian, as a form of fraternity united in a family in Christ. The questions arise and are accepted without fear, initiating processes of discernment of a consciousness that manifests itself profoundly as God – History – Humanity – Eternity.

In conclusion, this is what Alphonsus did when he found the poor of Naples, the goatherds of Scala and many others who found on the paths of missionary life. This is the sensitivity he has taught us, Redemptorists and all those who have embarked on the beautiful adventure of the intelligence of the faith called Christian life.