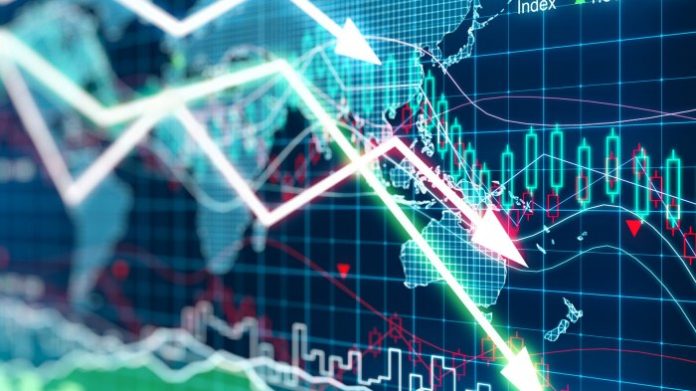 Among the consequences of the coronavirus outbreak is the severe economic crisis that is putting a large part of the population and businesses around the world in great difficulty. However, in this contingency, there are also those who have made a lot of money, particularly in the world of finance. It sounds like a joke, but that depends on the “sunspots”.

To explain, let’s suppose that you are a trader and that one evening on the 20’s news, with great seriousness, you launch the following news: “The moment is serious. Tomorrow morning the euro will collapse. The National Institute of Astrophysics in Rome this afternoon has in fact detected spots on the surface of the sun”. Indeed, there are stains on the surface of the sun due to temperature differences. The trader knows very well that this phenomenon has no causal link with the euro… but the 20 O’clock news is followed by millions of viewers, including a large number of investors, so the next day many will sell euros. Therefore, although he is a well-trained trader, who knows that the news is completely senseless, from the early morning he will sell the euros in the portfolio of his clients because he knows that everyone will sell and his interest is to contain losses. In this way, he will contribute to the panic over the euro, and its exchange rate will really collapse (G. Giraud, 2015).

The little story highlights a phenomenon studied by the theorists called sunspots (D. Cass – K. Shell, 1983), which consists in finding that an unregulated and incomplete financial market (incomplete because the investor cannot insure himself, through financial instruments, against all risks) cannot be protected from “sunspots”, i.e. random influences not related to economic fundamentals, as happened, for example, with George W. Bush during his state visit to Japan.

At that time Japan had been in deflation since the early 1990s. On February 19, 2002, Bush during a press conference confused “deflation” with “devaluation”, declaring to the astonished world that he had spoken to Prime Minister Koizumi “about the problem of devaluation”. In the financial markets, everyone is selling yen before they drop in value. In a few hours, the Japanese currency plummets against the dollar. The Japanese Prime Minister must immediately call a press conference to explain, between the lines, that the President of the United States cannot read the speeches prepared by his advisers. The financial markets are reassured and the yen is rising.

Today we are going through a serious economic crisis generated by Covid19 which, like all economic crises, amplifies the differences, with the consequence that, in the end, those who are rich will be even richer, and those who are poor will be poorer still. Narrowing our considerations to the financial sphere, those who deal with investment, economics, and finance on a daily basis can see that those who have had the courage to invest in the crisis will be richer, while those who have sold out in a moment of panic will be poorer. Many people, on the wave of emotion, always make the mistake of selling, late and often at a loss, without considering the fundamental rule to enhance their investment in the financial markets, i.e. invest when stock and bond prices are low and, if anything, sell when they are higher. This is what the most skilled financial investors have done, starting with Baron de Rothschild when the fate of Europe was decided at Waterloo, and ending with Warren Buffett during the 2008 crisis.

This way of investing, however, is essentially speculation, which leads us to reflect on the way money is used, which, as the recent document of the Magisterium on ethical discernment about certain aspects of the current economic-financial system (2018) reminds us, is in itself a good instrument, but one that can easily backfire on man if used badly. Similarly, the financialization of the entrepreneurial world “today risks accentuating even bad financialization of the economy, causing virtual wealth, concentrated above all in transactions characterized by mere speculative intent (…) to attract excessive amounts of capital to itself, thus removing it from the virtuous circuits of the real economy” (OPQ, 15). This explains, among other things, why today, while the real economy has suffered the lockdown and is in crisis, the stock exchanges have not closed and are growing again.

What almost a century ago was predicted by the Encyclical Quadragesimo anno, “has now sadly come true: the capital income is now insidiously undermining, and risks being supplanted, the income from work, often confined to the margins of the main interests of the economic system. It follows that work itself, with its dignity, not only becomes a reality increasingly at risk but also loses its qualification as “good” for man (…). Precisely in this inversion of order between means and ends, whereby work from good becomes “instrument” and money from medium becomes “end”,” finds fertile ground that unscrupulous and amoral conduct “which has marginalized large masses of the population, depriving them of a worthy job and making them “without prospects and without ways out”. (OPQ, 15).

For this reason, it is necessary, the document reminds us again, “that a rediscovery of the human being be undertaken first of all, in order to reopen horizons to that surplus of values which alone allows man to rediscover himself, to build societies which are hospitable and inclusive dwellings, where there is room for the weakest and where wealth is also used for the benefit of all. In short, places where it is good for man to live and where it is easy to hope” (OPQ 17).