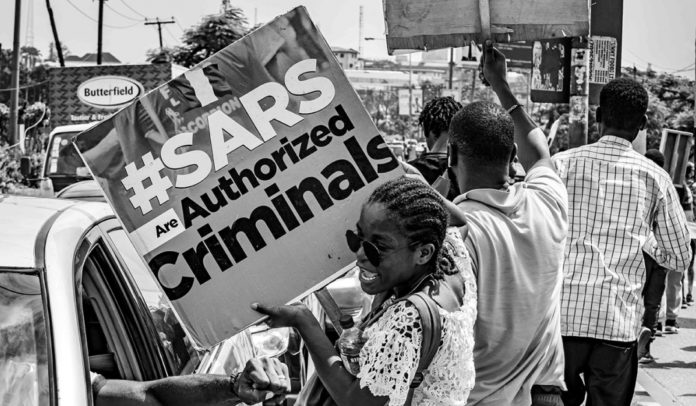 #ENDSARS PROTESTS IN NIGERA: A HEARTY CRY OF THE POOR AND OPPRESSED!

(Nigeria) About two weeks ago a video was released on the internet which sparked the nationwide protests popularly tagged #EndSars. The video depicted police officers forcefully dragging two men out of a hotel. One of the men was shot and the other was badly injured. The release of the video sparked immediate outrage amongst the youth in Lagos who then immediately took to the streets chanting the slogan #EndSars. The movement caught on like wildfire. Soon youths from different parts of Lagos began hosting their peaceful marches. Other cities joined in. The protests have halted activities in major cities like Lagos and Abuja. The state governments of Benin and Lagos have declared curfew between Monday 19th to Tuesday 20th October. Since the protests some lives have been lost and as at this morning the nation had lost N700 million as a result of the closure of the Lekki tollgate and forestalling of other business activities. 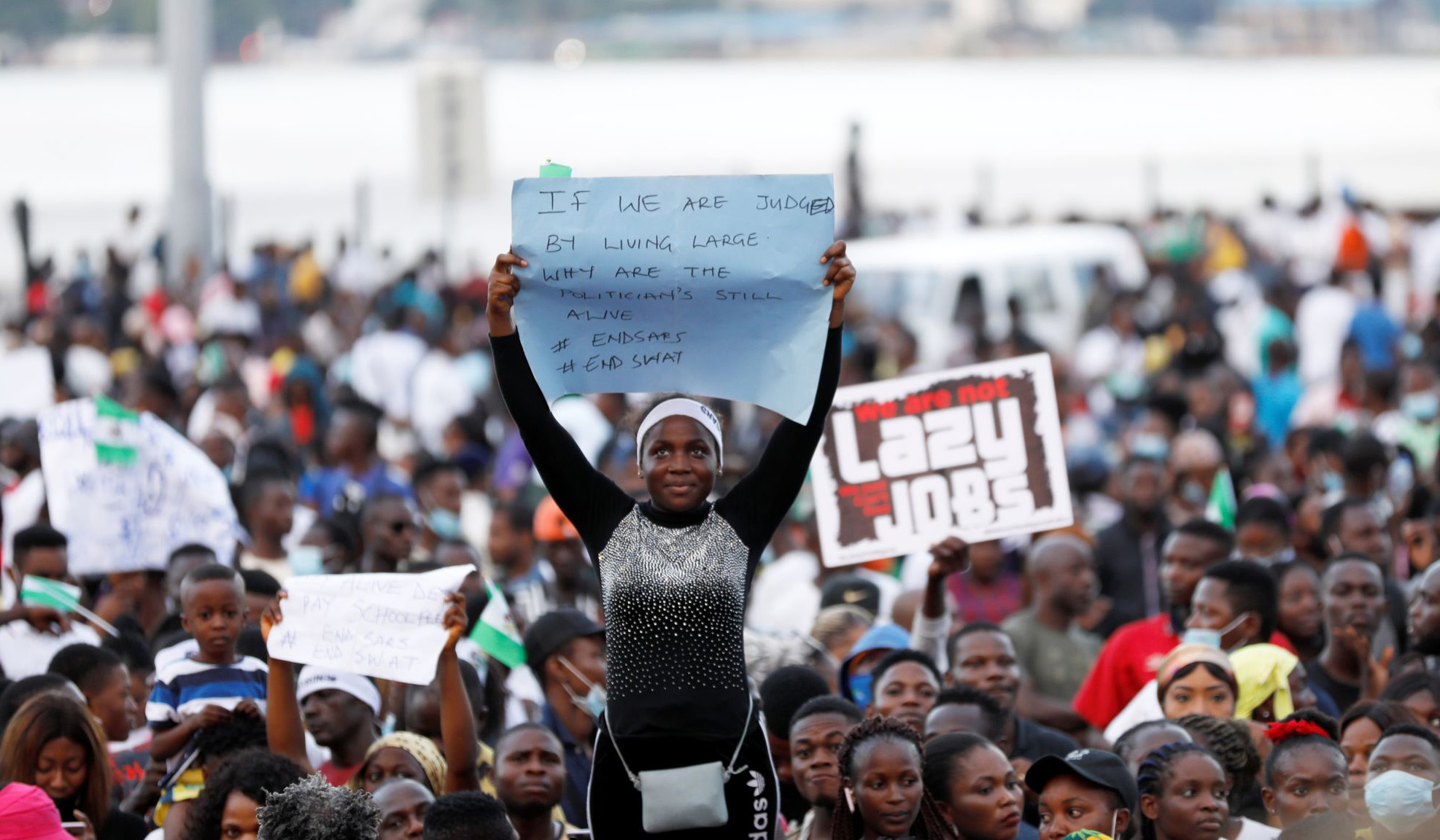 S.A.R.S is short for ‘Special Anti-Robbery Squad’. It is a special arm of the Police Force formed about two decades ago to tackle the growing menace of armed robbery in Nigeria. The squad was hailed at their infancy for their swiftness in the curbing of robbery activities in the late 1990s. However, like most things in Nigeria, the narrative quickly took an ugly turn. These same men who had brought sanity to Nigerians for a brief period began to turn against the very civilians they were created to protect. There is hardly a Nigerian who does not have a personal story to tell about the brutality of SARS. Thousands of Nigerians have personal experiences of extra-judicial killings of family members, mostly youths, without any further investigations on the cases. It is a common sight for the SARS operatives to storm into homes at odd times and make arrests without offering any explanations. On many occasions such persons go missing and are never found. In these two weeks of protests many silenced names of young people who have died at the hands of SARS have been given voices and their stories are being told for the first time. The poor who cannot pay the often huge sums of money to bail their family members from the lair of SARS quickly give up hope of ever seeing them again. These are the reasons why they protest and say ENOUGH!

The protests have morphed from just ending a police unit to everything that the decadence of SARS represents. SARS has become a synonym for corruption, Boko Haram, kidnappings, lack of basic amenities, high cost of governance, inexcusable poverty and everything wrong in the land. Nigerians see this as an opportune moment to change the course of the mismanagement of the country. 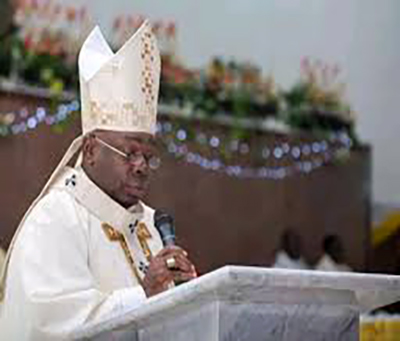 Joining his voice to the plight of the youth, the President of the Catholic Bishops Conference of Nigeria, Archbishop Augustine Akubueze, on Saturday October 17, 2020 released a statement in which he says, “…the #EndSars protests is a cry for justice for all victims of the SARS and police brutality, and a call for the prosecution of those responsible for these crimes against humanity”. He further called on the government to “review the welfare of the policemen who have been badly deprived by the system”. The bishop asked a question which has been a refrain on the lips of the protesting youths thus, “How does a government with conscience and reason put arms in the hands of such poorly paid policemen? He went on to condemn the corruption of the government officials who embezzle the funds meant for the welfare of the poor with impunity and challenged the government to cater for the widows of policemen who have died in the line of duty. A Mass was celebrated at the Lekki tollgate in Lagos, the venue of the mainstay of the protest, on Sunday, 18th October 2020. At the Mass the youths were further urged to maintain the peace and civil order of the protests in order not to be discredited. In this action the church asserts her preference for the poor in the midst of their pain.

As Redemptorists, we feel the pain of our people. They are family members, parishioners and friends. Their stories are ours. Some of us have been direct victims of police brutality. We therefore stand in solidarity with the movement. 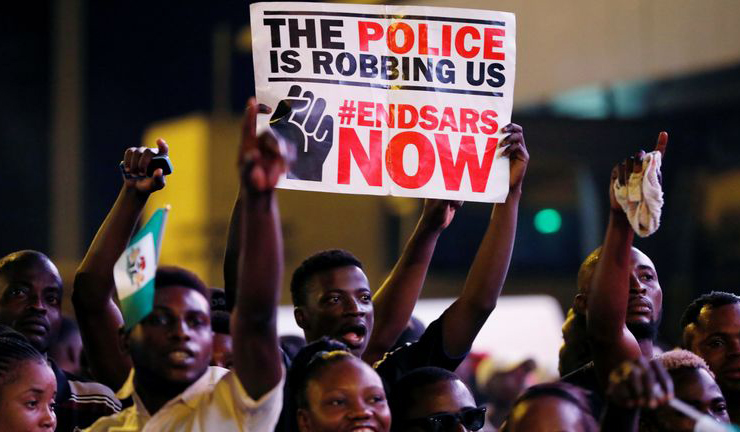 On Tuesday evening of 20th October 2020, the armed men in army uniforms opened fire on unarmed peaceful protesters at the Lekki toll gate. Many were fatally injured. No news agency has confirmed any deaths yet but eye witnesses speak of the loss of at least 7 lives. As at the time of writing of this article the toll gate has been burned down. In other parts of the country similar expressions of outrage have erupted. Police stations, News Houses, Churches are being burned down nationwide. Nigerian youths and celebrities in diaspora are lending their voices and calling for peaceful protests wherever they are in the world.

We ask the prayers and support of confreres all over the world in this fight for justice and the liberation of the poor people of Nigeria from the shackles of corruption. May Our Lady, to whom this country is dedicated, come to our aid.

Please find below the link to the statement of the Catholic Bishops Conference of Nigeria on the #EndSars protests.

Care of our Common Home 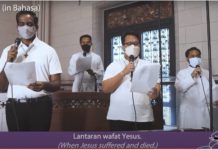