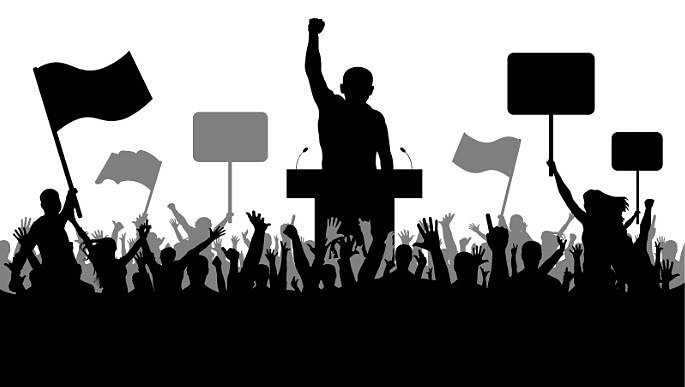 As indicated in a former post, the purpose of this reflection is to attempt to understand the extraordinary political success of populism over the last ten years (a success that is now seriously mitigated by inadequate responses to the pandemic). We will examine here just two aspects of this complex phenomenon: the theoretical basis of populism and its practical strategies.

Perhaps the most striking feature of populism is the manifest poverty of its theoretical basis. A few ideas (e.g. the people, national sovereignty, national identity), all of which are in themselves serious political themes, are preached with great superficiality and simple ignorance, in pursuit of the ideological objectives we considered in the last post. The key substantial theoretical issue, usually not clearly articulated, is representation. Those who vote for populist political positions are generally disillusioned with the current system of representation (usually via political parties) and believe that some form of direct democracy is a feasible alternative. Those of us who are not convinced of the feasibility of the alternatives proposed, would do well to take seriously this frustration – which is as old as democracy itself but has been accentuated by multiple factors in contemporary culture.

If populism is weak on the theoretical level, it has been seen to be a lot more vigorous on the practical level. Populism works politically in that it plays on the frustrations and fears of the disillusioned masses mentioned above. These include poor people but more generally are middleclass people who have been negatively affected by economic, social and political change. The populist politician, the so-called “charismatic leader”, addresses this frustration and anger by denouncing, often with violent and mindless rhetoric, those held responsible for this negative situation (the traditional political parties, the economic and political élite, the establishment). The efficacy of this process is hugely facilitated by the use of social media which tend to offer telegraphic and polemical solutions to complex political problems, to the point of propagating fake news.

Populism works in that it divides and polarizes. Experience has shown and continues to show that while this form of politics might be effective in attaining power it is utterly inadequate in maintaining that power, a dilemma that Machiavelli understood some 500 years ago.