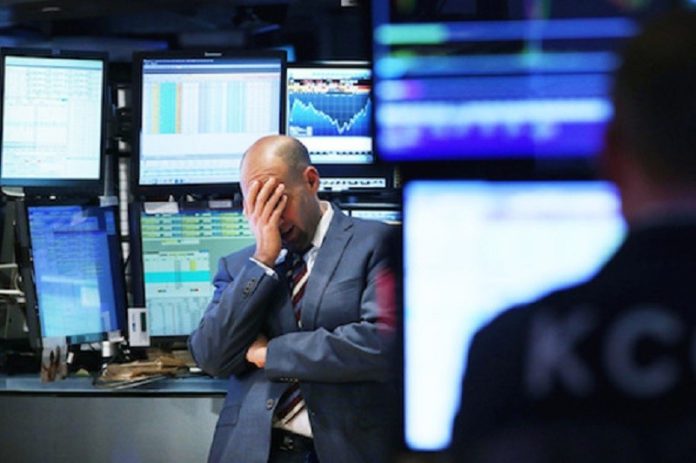 from the Alphonsian Academy Blog

In this regard, two important essays by two great economists are of great topical interest. The first is Manias, Panic and Crashes by C.P. Kindleberger, from 1978, published in Italian in 1981 under the title “Euforia e panico. Storia delle crisi finanziarie”, constantly updated in the English version until its author’s death in 2003. The second is the Breve storia dell’euforia finanziaria. The Economic Risks of Large Speculations (1990), by J.K. Galbraith.

Both essays illustrate how the occurrence of a crisis is always the result of the concatenation of a series of facts and human choices, very often not rational. In the history of financial markets, a constant and predominant fact is, in fact, the frequent absence of rationality. Each ‘bubble’ that precedes a crisis starts with the euphoria generated by continuous expectations of profits, to which are added the financial bets managed by the market-movers, i.e. the few institutional investors who guide the trend of a sector, until expectations collide with reality when securities and shares do not guarantee the expected return, a fall in price, a sale of an influential operator, a trivial fact… triggers the panic that leads to the crash (Kindleberger).

Galbraith, in particular, specified the recurring characteristics of all the financial crises examined, starting with the tulip crisis of the 17th century and ending with that of 1987, pointing out that: 1) the circumstances at the origin of the various crises are always the same; 2) individuals and institutions are attracted by the extraordinary satisfaction that comes from accumulating wealth; 3) although the criminal behaviour of speculators in the past is viewed with disapproval, the protagonists of contemporary illusions maintain their attractiveness unchanged; 4) the speculative occasion with the associated risk of final collapse is technically internal to the market and predictable, but external influences are generally sought as the cause of the collapse, in the absence of which the crisis would not have occurred. Galbraith remarks: ‘Nothing in economic life is so misunderstood as the great speculative episode’.

In fact, the Christian tradition and the Social Doctrine of the Church have always accurately understood such a phenomenon. In particular, Pius XI’s encyclical Quadragesimo anno, published in 1931 in the aftermath of the ‘great crisis’, is still absolutely relevant today, with its denunciation of the serious imbalances of ‘today’s economic regime’ (QA 99-101).

If we compare QA and the research of Galbraith and Kindleberger, we can see that, although the analysis of the encyclical is very different in tone and language, there is a convergence of all three in recognising the root of the financial crises in human tendencies towards greed (QA) and the desire to accumulate wealth (Kindleberger – Galbraith).

It is in this light, then, that one can grasp the full value of the encyclical’s call for the reform of morals, which calls for “a return to Christian life and institutions” (QA 129) and the “Christianization of economic life” (QA 135) as the way to “reconstruct the social order and perfect it in accordance with the Gospel law”.

The SDC, in fact, on the basis of a reading of history, finds “the consequences on the economic-social terrain of a broader error”, which “consists in a conception of human freedom that removes it from obedience to the truth and, therefore, also from the duty to respect the rights of other men. The content of freedom then becomes self-love to the point of contempt for God and neighbour, a love that leads to the unlimited affirmation of self-interest and does not allow itself to be limited by any obligation of justice” (CA 17).

An error that is rooted in greed, closely linked to de-Christianisation, which fosters the disordered passions that are a consequence of original sin, which manifest themselves through an excessive preoccupation with ‘penultimate realities’, losing sight of the ‘ultimate’ ones (QA 129-132).

We seem to be hearing about what happened in the recent serious crisis of 2008, when QA denounces the behaviour of the leaders of big business and, in particular, of financial institutions, who seek to entice the greed of citizens in order to take advantage of them (QA 132) and who, by their behaviour, have drawn the rest of society behind them (QA 134).

In language that is undoubtedly dated, QA nevertheless accurately describes the speculative activity that still continues to produce serious social and environmental damage in the same ways today, so much so that recently Laudato si’ (2015) is still forced to note that: “the economic powers continue to justify the current world system, in which speculation and a search for financial rent prevail, which tend to ignore all context and effects on human dignity and the environment. Thus it becomes apparent that environmental degradation and human and ethical degradation are intimately connected” (LS 56). Therefore, it is a pious illusion to think “that we can heal our relationship with nature and the environment without healing all fundamental human relationships” (LS 119), starting with the relationship with the One who entrusted creation to man (Gen 1:28) and invites him to administer and protect it and not to lord it over others at the risk of compromising its integrity (cf. Lk 12:20-21; 16:1 ff.).