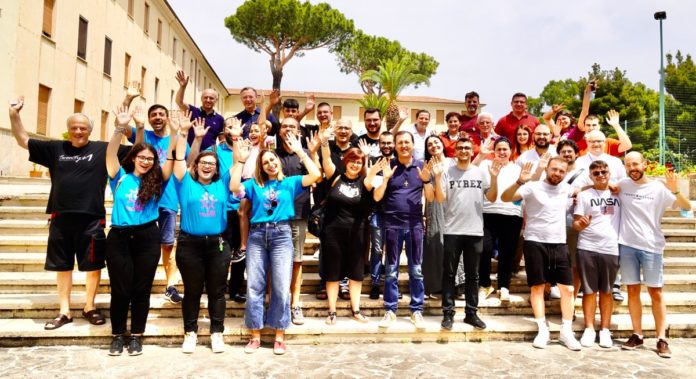 (Pagani, Italy) As it was in years before, also this year, the RYVM (Redemptorist Youth and Vocation Ministry) presented itself with joy and enthusiasm: from 18 to 20 June, the Animators’ Camp took place at the Redemptorist house of Colle “Sant’Alfonso”, which lovingly welcomed all the participants.

After a year of preparation and activity in the field of pastoral care, the animators and young people of the various communities, under the wise guidance of the priests, accepted without delay the invitation to give their human and spiritual contribution during the days just gone.

The days of activity followed a well-structured programme, alternating moments of prayer, work, play and sharing.
The basic theme was the “call” to animation, which was explored in all its aspects so that everyone could fully understand its meaning.

The catechesis and formation meetings animated by the two RYVM commissions in Rome and Naples were fruitful. With zeal and dedication, they were able to grasp and transmit the essential elements to everyone. The moments experienced were varied and multiple: the individual became an integral part of a heterogeneous group.

For the first time, the Neapolitan and Roman provinces worked together to pursue the same objectives: a single common denominator to weave a renewed exchange under the banner of inclusion. Thanks to the presence of the different Redemptorist realities, we understood the beauty and the wonder of knowing and making our neighbour’s characteristics our own: each one committed to offering something that characterised him or her to put him or her in communion with others.

I can still see in my eyes the smiles, the cheerful and attentive glances of my fellow travellers. As I write, I savour the moments experienced in the workshop activities… moments of fundamental importance that laid the foundations to allow us to develop moments of prayer, organise pastoral meetings, and set up moments of popular evangelisation.
In short, there was no lack of sharing.

From the technical point of view, we received the necessary notions to “face” the challenges of a good animator (organising an RYVM meeting, a moment of prayer or street evangelisation). In contrast, from the spiritual point of view, we received the greatest of gifts: the presence of Jesus. In fact, the moments of prayer experienced were fundamental: from personal reflection during the moment of Desert for inner discernment to the evening of adoration that gave fulfilment to all the work done.

A path was followed as a group with the help of a few simple elements: a rope stretched by crossing hands, the dim glow of candles that illuminated the forest’s darkness, the Word of the Gospel and the light of Christ the Redeemer.
The youth ministry is not a simple path but a way of life that conforms to missionary zeal in proclaiming to others the joy that one keeps in one’s heart.

It will be difficult to forget the hugs, the glances, the smiles, the tears that fell from the emotions experienced…
It only took a few days to create those bonds that no one will ever be able to sever, those bonds that only the PGVR knows how to tie in the hearts of all of us. 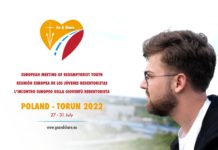 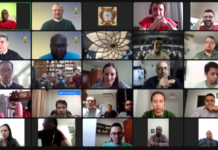 Where does Jesus send us? Spring conference of RYVM leaders 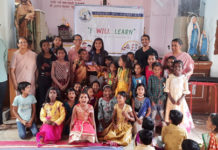