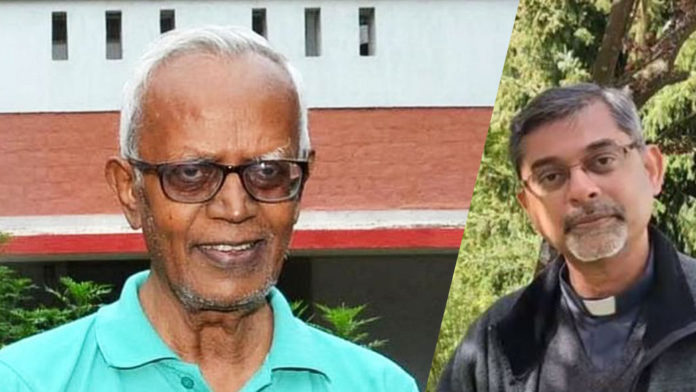 The vice provincial of the Redemptorists’ Majella province, currently based at ‘Our Lady of Perpetual Succour’ in Mumbai’s Chembur, says Father Swamy’s death on July 5 “has raised many questions, the answers difficult to find, it has caused pain, anguish shock and grief.”

Father Swamy died as an undertrial prisoner in Mumbai’s Holy Family Hospital. India’s anti-terror outfit, National Investigation Agency, arrested him on October 8, 2020, from his residence near Ranchi, capital of Jharkhand state, some 1,700 km northeast of Mumbai. A court in Mumbai sent the Jesuit with multiple illnesses to an overcrowded Taloja Jail near the city. As his health condition deteriorated, he was admitted in the Catholic hospital under the order of Bombay High Court.

“As soon as I received the news of Father Stan’s death, my immediate reaction was ‘India has a martyr for our faith,” said Father Mendanha. According to him, India now has “a martyr who chose to live the Gospel and die for the Gospel.”

He urged the Jamshedpur Jesuit province to immediately begin the beatification process for Father Swamy, one of its members.

The call of “Subito Santo” was used when Pope John Paul II died,” Father Mendanha recalled. Father Swamy, he asserted, had lived and died for the mission of Jesus – the liberation of the poor and downtrodden.

According to Father Mendanha, the 84-year-old Jesuit had spent decades of his life working among tribal people of Jharkhand state to make them feel that they were children of God. Father Swamy wanted the tribals to “have rights like everyone else in the country,” and protect from “vested interests” who wanted to grab their land and displace them.

The Redemptorist priest asserted that the Jesuit priest had walked the footsteps of Jesus. Father Swamy is “a victim of institutionalized murder and is being called a saint, a prophet for justice, a good shepherd, another Christ,” he explained.

Father Swamy’s “custodial death ahead of a bail hearing has shaken up the human right defenders,” and led every political party to decry it, except the ruling establishment, Father Mendanha pointed out.

According to him, various humanitarian groups and leaders of all Christian denominations in India have expressed grief, shock, and anger, while decrying the “the pathetic” deterioration of our legal and judicial system and investigative agencies.

Father Swamy’s application for medical bail was routinely stonewalled by the prosecution, even questioning the credentials of even his illness. advanced age and serious affliction, Father Mendanha lamented.