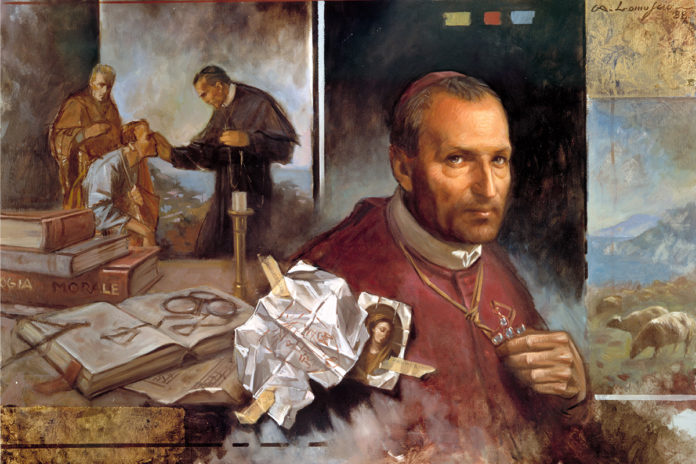 In a sharing with young confreres, Father Matthew Vu Khoi Phung told us: “You should become popular intellectuals of the poor.” He explained: “It’s easy to become an intellectual or even a scholar. What you need to do is just to study a lot, gather a lot of knowledge, achieve a lot of degrees. However, becoming a popular intellectual is very difficult. We must study a lot, of course, but we have to speak in such a way that even the farmer, the taxi driver, the vegetable vendors can also understand, feel, and embrace the Good News.”

I think he probably drew this favorite suggestion from the life of our Founder, Saint Alphonsus. I find this speculation reasonable for two reasons:

First, Saint Alphonsus was a great intellectual. This can be seen obviously in his life and writings. At the age of 16, Alphonsus obtained a doctorate in canon and civil law from the University of Naples. Throughout his life, he devoted himself to writing. He wrote in a wide range of genres, from hotly debated theology books to affective spiritual guides. Looking at the number of books with more than 111 classics published continuously and translated into over 70 languages, people can’t help but admire his intellectual labor. Later, in honor and gratitude for his great contributions, the Church declared him with the rank of Doctor of the Church. The title of Doctor of the Church is distinct from the doctorate usually awarded to a graduate student when he or she has attained a high level of expertise in an academic discipline. In the Church, the name Doctor of the Church comes from the Latin word “docere”, which means to teach. This title is reserved for saints who have had an outstanding holy life, whose writings and teachings are highly effective in defending the truth of the faith. The lives and writings of these saints play an important part in the life of the Church, in defending the truth of the faith and in showing the paths of holiness for everyone in the Church to follow.

More importantly, Alphonsus did not allow his academic studies to make him a dogmatic, a bookworm who only knew about books but forgot about the reality of life. In the days of Saint Alphonsus, people preferred the rhetorical style of preaching with flowery language. Alphonsus had a great pastoral renewal when he promoted his idea that preaching must be carried out with understandable simplicity, and Alphonsus also replaced the harshness of Jansenism with benevolence. It is said that he once got angry when he saw a young priest who had just been ordained standing on the pulpit and preaching words that sounded noble but difficult to understand for the common people. When he was bishop of Agatha, he asked priests to preach simple sermons so that people could easily grasp and put them into practice, he said: “I have never preached a sermon that the most common people in the church cannot understand!” In the eyes of Saint Alphonsus, Redemptorists must be experts in conversion. How useless the homily is if it does not touch people’s hearts and ignite the conversion back to the right path? To achieve this expectation of homily, we must first know how to make people understand. Thus, the simpler is the better.

Writing these lines, I do not mean to say: The Redemptorists only preach to the rural people or the uneducated. On the contrary, they must be able to dialogue with all classes of society, intellectuals as well as ordinary people with a simple language. The fact is that Saint Clement did it well. All his life he worked in the city, but the essence of wisdom, the popular character of Alphonsus is unmistakable.

Thus, the ideal of a Redemptorist must be a popular intellectual for all social classes, especially the poor. Someone compares it like this: A Redemptorist is a Jesuit in the countryside. Although every comparison is lame, that simile is enough to highlight the popular nature that every Redemptorist needs to carry in himself.

If you want to be a popular intellectual, you must understand life and understand the fragility of the human condition. A priest in the Congregation gave us his experience: “You should always have a Bible and a daily newspaper on your desk.” Read the Bible to understand God and read the newspaper to understand the problems in society that are affecting people.

On the Feast of the Founding of the Order, let us pray together for the Redemptorists to follow the example of Saint Alphonsus, to reach out to the neglected brothers and sisters of our society, not to be afraid to approach, to take heed the cry of the oppressed and make it our own. Defending the dignity of the weak is a moral duty that cannot be avoided or delayed. 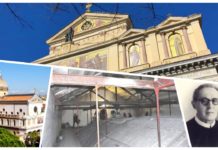 Walled up in the church attic to survive 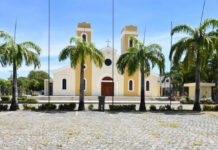 A Poor Church for the Poor 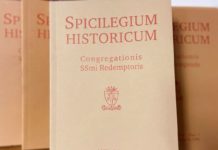