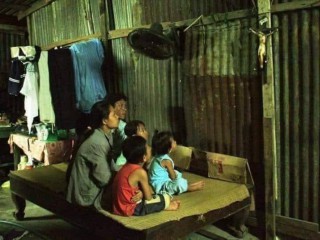 Many people think that only priests, religious brothers and sisters are missionaries sent out to spread the Good News to people everywhere.

That, in my opinion, is true but not adequate. It is true because consecrated persons are well-trained and officially sent out to work directly in the mission field. That’s why there are so many missionary congregations, missionary religious brothers and sisters. However, It is not enough because that way of understanding mission does not mention or sometimes underestimate the role of the laity, especially migrants, in carrying out Jesus’ command of evangelization. Furthermore, it even misguides people to think that only priests, religious men and women are the main actors in the proclamation of the Gospel.

I dare not call immigrants missionaries to avoid unnecessary arguments regarding this term. But I am sure that immigrants are always the pioneers who go out to spread the Kingdom of God, whether they realize it or not.

Why do I dare say such a statement?  Well, this is the reason: from my own experience, I observe an undeniable truth as follows: Immigrants are always the first to set their feet in a new land. They are also the pioneers in building a community of faith in that new land. And the priests and religious are always the ones who come later to perfect the community and settle the new community into shape.

In this article, I would like to list my own experiences of the communities that I have had the opportunity to visit, live in or hear about to prove what I have said.

First, I would like to invite you to visit Ha Giang, a province in northern Vietnam bordering China. There is only one Catholic parish for almost all non-religion areas: the Sacred Heart Parish. This is a very young parish, which was established on September 8, 2014. I have some relatives who migrated here from the early days of the new economic migration movement. They, along with some other Catholic migrants, have gathered together to pray in their families. At first, it may be due to habits, the need to unite with each other or even the feelings of compatriots or some other reasons. Still, gradually they built up a community of faith, and when the time of God came, there were priests and religious brothers and sisters who came here to do “mission” and strengthen the community. Without such early immigrants, I don’t know if we could see such a big church today in the mountains of the northern border of Vietnam or not?

I also had the opportunity to come to Bac Kan parish, located in Bắc Kạn province in the Northeast region, due north of the capital Hanoi. This province is a vast missionary area favourably assigned by Bac Ninh diocese to the Redemptorist Congregation to undertake evangelization. Indeed, our confreres work hard to evangelize among indigenous people who have never heard of the Gospel. But to fulfil that mission, Redemptorists need the help of Catholic migrants who had come to live here long before Redemptorists. I met many people from the dioceses of Bui Chu, Thai Binh, etc., and listened to their life and faith stories. Catholic migrants live far from their homeland, but they still remember God and the community wherever they arrive. Hence they gather together to rekindle and nurture the fires of faith in this mountainous province.

On another occasion, I visited a series of parishes in Northwestern provinces near Hanoi. Similar patterns happen here. It is the migrants who are the pioneers paving the road, entering every corner of the mission field before priests and religious arrive. The most impressive part of the trip was attending Mass at the “underground” Church right in Muong La town. We called it “underground” literally because it’s the floor below a parishioner’s house. Coming here, I heard stories more thrilling than fiction but authentic about the beginning of building the community. Thank God, through the ups and downs and all the restrictions, Muong La parish and many other young parishes in this area have been established. Those parishes are not as old as the veteran parishes in the Red River delta, but their vitality, religious life, and apostolic zeal are just as strong. Here, many young laity leaders are very full of apostolic enthusiasm, not afraid of hard work, and wholeheartedly building up the faith community.

During a summer pastoral trip, I was sent to Ly Son island, lying off the South Central Coast of Vietnam. There is a beautiful church of Ly Son parish on this island, which used to be a mission of Chau O parish (a mission taken care of by the Redemptorist Congregation), developed and became an independent parish. The history of the parish records:

– In early 1963, the construction of the Church started.

And it was until 1965 that Father Thomas Pham Huu Thien CSsR was sent to take care of the parishioners on this island. Thanks to the pioneering steps of the laity, today, there is a parish amid the ocean.

The motif of the expansion of the Kingdom of God in the northern mountainous region of Vietnam and the Ly Son island is also the motif of the overseas Vietnamese communities. Where I live at the moment is in Melbourne, the state city of Victoria in Australia. Through the sharing with the Vietnamese Catholics here, I feel more convinced that it is the immigrants. Such immigrants are the driving force laying the cornerstones to build up the Vietnamese Catholic Community in Victoria. Not denying the efforts of the first Vietnamese priests here, but we must also appreciate the outstanding contributions of the first generations of Vietnamese immigrants who have stood side by side, accompanied and effectively assisted the priests. After more than three decades, the community has become firm with 13 sub-communities. A Vietnamese Catholic centre with a new church dedicated to Saint Mother La Vang was inaugurated last year (February 22, 2020). ). Early this year, I visited a new sub-community that is more than three hours of driving away from Melbourne. This is the latest community, still in the early stages of gathering. They have been newcomers to Australia in recent years through labour export. That community wonders how to keep the fire of faith and spread that apostolic flame, first of all, to their own children in a foreign land. I am sure, shortly, those Vietnamese immigrants here will build up a strong community of faith.

The above are my own experiences, and the more I think about the role and mission of the laity, especially the migrants, the more convinced I am of their vocation to pave the way of evangelization.

I wonder: has the Church not given enough attention to the laity? Asking that question may upset someone, but obviously, we need to work harder to promote the migrants’? Once again, migrants, not priests or nuns, are the pioneers to carry out Jesus’ command: “Go into all the world and proclaim the good news to every creature” (Mk 16:15).