(Bonn, Germany) Almost six weeks ago, the storm Bernd moved across Western Europe. The result was devastating flooding in parts of Germany, especially in the western part.

It is Wednesday morning, July 28, 2021. In the Klemens-Hofbauer-Haus, right next to the Redemptorist monastery in Bonn, Father Jürgen Langer is sitting at a large table and talking on the phone. Making phone calls is one of his main occupations these days. During the day, two to three people sit in the temporary coordination office of the Bonn/Rhine-Sieg emergency chaplaincy, taking calls and coordinating up to 14 emergency chaplains at the same time. At night, too, one person is always on call.

Emergency chaplain Diana is just coming in the door. A quick chat with Father Langer and a coffee, then she sets off for Eicherscheidt. The town is about 30km from Bonn.

The Emergency Pastoral Care (NFS) is mainly deployed in the affected localities of Bad Münstereifel and Swisttal. In the meantime, there have been around 80 missions since the floods. Father Langer cannot remember any operations on such a scale. The NCCR receives alerts from the emergency control centers and the pastoral team of the Euskirchen district deanery, among others. A total of 26 emergency chaplains are involved in the missions in the crisis area, all but two of them volunteers.

“Our team offers support to the people in the affected areas in this difficult situation,” says Langer.

The people on the ground are very grateful for the help, Diana sees this as well. She is on duty in Eicherscheidt for the second time. “They turn to us with their worries and needs, so the people here until the weekend lacked mainly bread.”

Father Ludger Wolfert, Superior of the Bonn Redemptorist monastery, was also on the road for emergency pastoral care. He was available as a conversation partner for people in the heavenly affected town of Ahrweiler. “It did the affected people good to have an attentive listener to their situation,” Wolfert reports. He was also able to accommodate a group of 22 helpers, who had travelled especially from Berlin, at the Bonn monastery. “This group was very pleased that our house provided them with the possibility of accommodation.”

The Bonn/Rhine-Sieg Emergency Chaplaincy will continue to be available for those affected in the coming weeks. They have set up a special hotline. 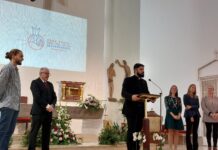 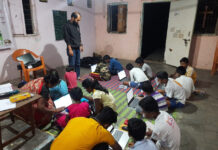 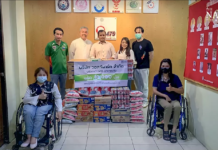