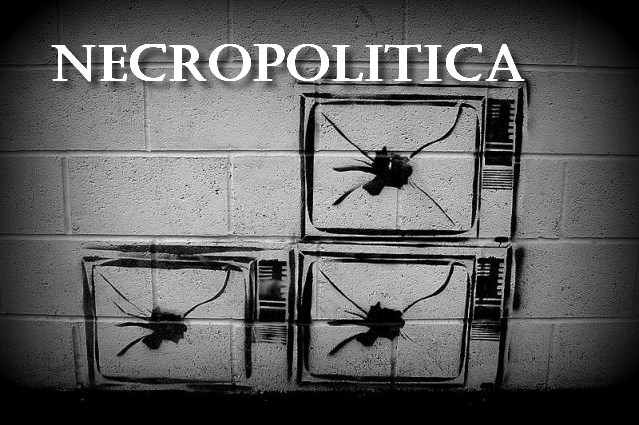 The pandemic context we have been experiencing for almost two years has brought to the discussion the interesting concept of “necropolitics”, formulated long before the emergence of the SARS-COVID-19 virus, evidenced by the positions of some governments and financial institutions in the management of the humanitarian crisis that has been created.

We note the wide dissemination of the term in various newspaper articles and popular discussions, but which in most cases do not account for the depth of reflection contained in its formulation. As an argument that has gained importance in discussions on the scope of social morality, we propose a series of three articles where, briefly, we will give some information on the author who coined the concept, its content and its evolution from the proposed concept of “biopower” by the thinker Michel Foucault.

The term necropolitics was proposed by the Cameroonian philosopher Achile Mbembe. Born in 1957, he is currently a Professor of History and Political Science at the University of the Witwatersrand in Johannesburg, South Africa, and a researcher at the Wits Institute for Social Research and Economics. Previously, during his time in the US, he taught at the Universities of California, Columbia and Yale.

His native Cameroon, located in the western part of Central Africa, was partitioned shortly after World War I between France and the United Kingdom, becoming a colony of the then two great world powers. Mbembe was born precisely at the height of the disputes between civil society and the colonial governments that led, in the early 1960s, to the unification and formation of the independent state of Cameroon along the political lines of the republic.

From this existential place, the author will embark on the study of post-colonialism in Africa, as well as the traces left by colonialist history in the process of independence of these nations, the phenomena of dictatorship, and the creation of the political imaginary in that region.

The concept of necropolitics is inspired by this context, having its first appearance in an article in 2006, seeking to characterise the effects and interrelationships contained in the set of socio-political practices operated by various institutions, state and civilian, in the manipulation of the right to life and access to its basic conditions. In the next article, we will seek to synthesise the basic elements that characterise necropolitics and highlight its broad application.

(the original is in Portuguese)