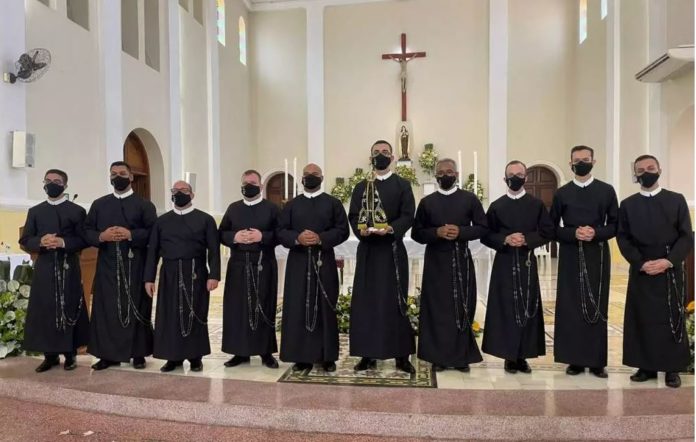 On Sunday, 16th January, ten young people made their religious profession, the vows of poverty, chastity, and obedience before the Congregation of the Most Holy Redeemer. Seven of them are candidates on the way to the priesthood, and three others will live their vocation as brothers. The celebration took place at the Church of Santa Terezinha, at 9:30 a.m., in Tietê (SP).

At Mass, the novices wore the Redemptorist habit for the first time. It takes place after the period called novitiate, a time of more significant preparation for admission to the first religious profession. The Mass has its rite and was presided over by the Provincial Superior, Fr. Marlos Aurélio, C.Ss.R, in the presence of the Novice Master, Fr. Pedro Paulo Dal Bó, and other Redemptorist missionaries.