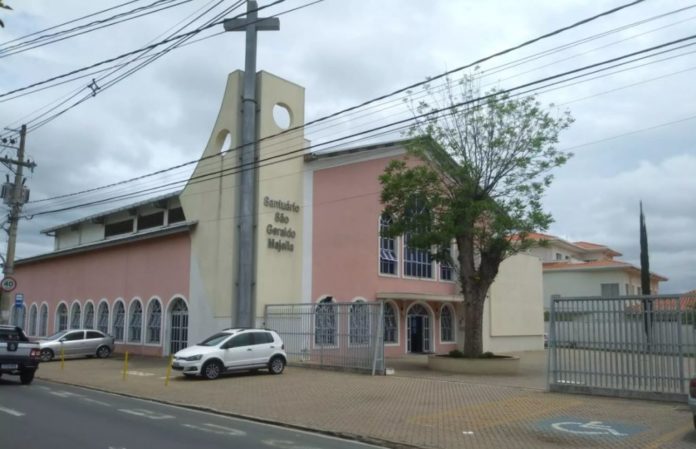 This year, the Congregation of the Most Holy Redeemer celebrates ten years of its presence in Sorocaba (SP), Brazil. In this city, there is a Seminary of São Geraldo Majella, founded in 2012. The Parish was installed at São Geraldo Majella in 2013; both are dedicated to the illustrious Italian saint and Redemptorist Brother of the eighteenth century. The location of the complex is in a peripheral region, in Vila Helena.

The Seminary and the Parish occupy an area of ​​5,460 square meters. The church has a capacity of about 600 people. The Redemptorist Missionaries, in addition to the 10-year work of presence and evangelization, promote social actions in the Parish for families living in poverty in the region.

At the Seminary of São Geraldo, the training aims to show young people the value of religious life as witnesses of a more egalitarian world. For this to happen, a solid vocational and academic formation is necessary to facilitate the carrying out the missionary works in the communities where the future brothers will work.

In the phase of aspirant and postulant, these young people follow various courses, both technical and university. In addition, there are also internal classes of human and Christian formation, history, and spirituality of the Congregation of the Most Holy Redeemer and the first Redemptorist brothers. The Seminary of São Geraldo has a long history in the province of São Paulo. It was inaugurated in the city of Potim (SP) on August 2, 1956, and, in 2012, it was transferred to Sorocaba for a new vision in the formation of the brothers, who have stopped dedicating themselves exclusively to internal services from religious communities and have begun to devote himself more to university studies.

The choice of Sorocaba is due to the fact that the city offers several technical and university postgraduate courses. It is a seminar for young people who want to build a new world, as Jesus wanted, for those who dream of more justice and peace. The group of seminarians and brothers is strengthened every day by the grace of God. Vocational discernment is achieved through prayer, study, work, sport, community life and pastoral activities.

The Parish of São Geraldo Majella was established on February 24, 2013. It currently consists of six communities. The current parish priest is Fr. Luiz Carlos da Cruz, C.Ss.R., who with joy is available at the service of the people of God. Fr. Ronaldo Sabino de Padova, C.Ss.R., continues to minister as vicar to Fr. Luiz. They have the full support of the Redemptorist brothers and graduates who live in the Seminary of São Geraldo.

The Metropolitan Archbishop of Sorocaba, Eduardo Benes de Sales Rodrigues, presided over a solemn Eucharistic celebration on March 15, 2012. He consecrated the large and modern church dedicated to San Geraldo Majella in the North of the city. At that time, the church was still in the final stages.

Before the communities, which later became the new Parish, belonged to the Parish of São Luiz Gonzaga. This Parish has an active life. In addition to other devotions, the novenas of Saint Gerard Majella and Our Lady of Perpetual Help are held weekly. The priests provide constant assistance for councils and confessions.

Social Pastoral work gives out basic baskets of food items to help the families most in need. The role of seminarians in the pastoral work was more active at the beginning of the Parish; in recent years, it has been a little slower, but there are proposals to resume in 2022.

Currently, the Religious Community of the Redemptorist Seminary of São Geraldo is made up of eight members, four priests, three brothers and an associate in the mission. For ten years, the sons of Saint Alphonsus have been announcing plentiful redemption in this region. Several Redemptorist missionaries have gone through here. Some are already in heaven; many were formed, some professed in the Congregation of the Most Holy Redeemer, others follow their paths. May Our Lady of Perpetual Help and St. Gerard intercede for the work done in the Parish of São Geraldo and the Seminary.

Director and trainer of the Seminary of São Geraldo Majella