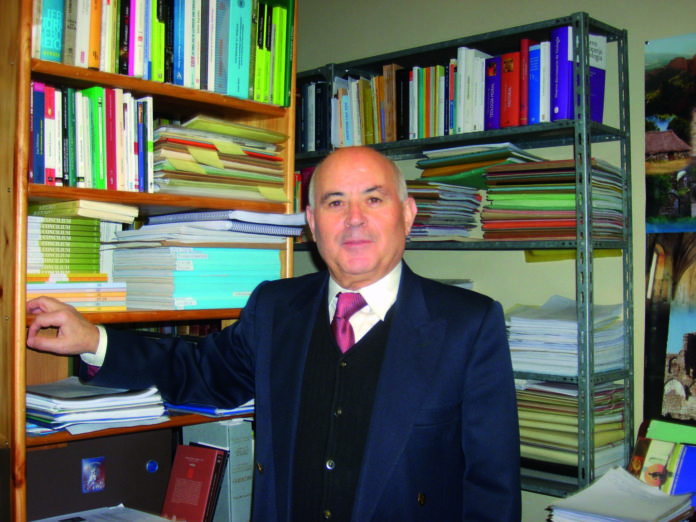 “Facing war: building a just world order”. So is the title of the latest book by Fr Marciano Vidal, CSsR. It is a theological-moral reflection on the war invasion of Ukraine. It has recently been published by our publishing house Perpetuo Socorro in Madrid.

The reader who approaches his new book has a work that deals with a topical issue: the war invasion of Ukraine by Russia, which began on 24 February last and is still in progress. Although it is not formally a war, such a “special military operation” has the actual condition of a war of aggression and invasion.

Father Marciano Vidal analyses it from the perspective of Catholic moral theology. This analysis’s peculiarities – and merits – are: First, to present, in a tight but exact synthesis, the theological-moral paradigms that have been used to evaluate war, from the just war paradigm to the preventive war paradigm.

Secondly, to describe the development of war from a strategic perspective and from an ethical-legal consideration; and thirdly, to deduce the geopolitical implications that this war invasion will have for Europe, the West and the world in general.

In the last part of the work, the reader can find a social-ethical proposal that constitutes the alternative to all war, an institution that, according to Pope Francis, “leaves the world worse off than it found it” (Fratelli Tutti, n. 257).

P. Marciano Vidal, CSsR, was born in San Pedro de Trones (León) in 1937. He has been an ordinary professor at the Pontifical University of Comillas (Madrid) and visiting professor at the Alphonsian Academy (Rome). He has directed the Institute of Marriage and Family (U. P. Comillas, Madrid) and the Higher Institute of Moral Sciences (PP. Redentoristas, Madrid). He has published numerous articles and books. Among the latter, of particular note are: “Moral de Actitudes”, “Diccionario de Ética Teológica”, “Orientaciones para tiempos inciertos”, and “Nueva Moral Fundamental”.

He is working on the project of a great “History of Moral Theology”, of which eight volumes have already been published by the publishing house Perpetuo Socorro in Madrid. A Theological-Moral Nomenclature of the moral theologians of the 20th-21st centuries is in press.

More information on this publication can be found at redentoristas.org (Spanish)