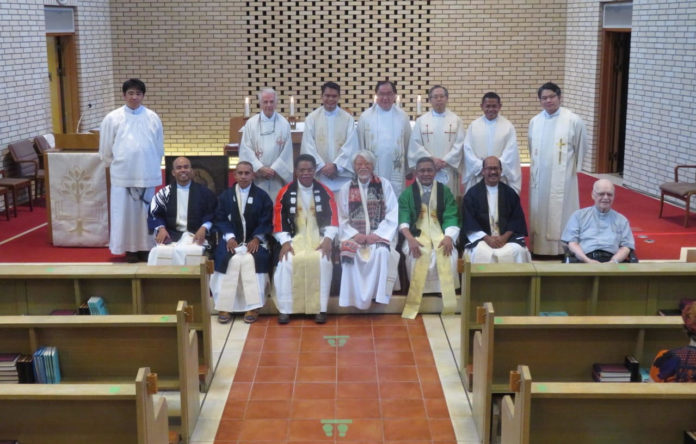 Undoubtedly, many of us remember the history of relations between Indonesia and Japan in the context of World War II. In December 1942, Japan conquered the Dutch East Indies and occupied Indonesia for three and a half years. Our grandma and grandpa said that it was a difficult time. Japanese soldiers would beat people. They would always ask for chicken eggs and take people’s belongings if they wanted to take them.

However, their presence brought change. They built the main road across Sumba island from Melolo to Kodi can be made. At least the road was constructed, and now the main road from east to west is used.

In the field of religion, at least in the church, there is an ongoing relationship between Indonesia and Japan. Today many Indonesian missionaries of various religious orders are sent to Japan and served there.

However, over time and the lack of vocation and decrease of their members then dropped their status to Vice Province. The changing structure in our Congregation pushed them to find a bigger unit to be part of. They chose to join the redemptorist province of Indonesia. Their desire and willingness received a very positive response from Indonesia. This desire was also supported by the leadership from Rome and the Asia Oceania Conference.

Then on Monday, August 15, 2022, at the Solemnity of the Assumption of Mary, the inauguration was celebrated in Tokyo with the signing of official documents. The inauguration document was signed by the Province of Indonesia, P. Yoakim Rambaho ​​Ndelo CSsR and P. Takeshi Inoue, CSsR.  This is a historic event for both the unit in particular and certainly the redemptorist as a whole.

Until now, there have been 3 Indonesian confreres working there, namely Fr. Giovani don Bosko Wora, Fr. Ofan and Fr. Yanto Lengo. Some will join later this year.

May this cooperation be blessed and go well and smoothly for the sake of abundance of redemption. Proficiat. 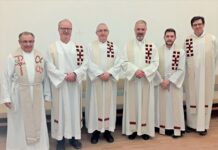