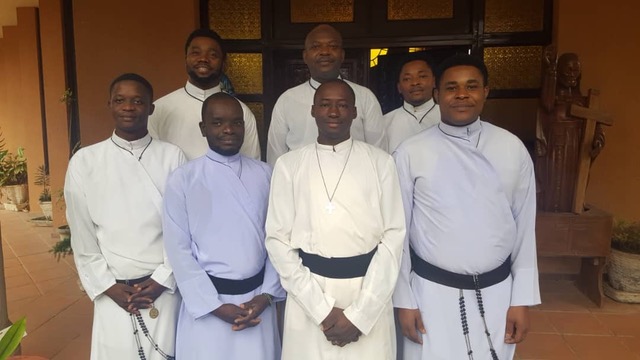 The first major move on this path of reconfiguration was the fusion of the mission of Ghana with the Vice Province of Afrique d’louest on November 28th, 2021.
On the 2nd of August 2022 Michael Tower from Ghana and Valere Ouedraogo from Burkina Faso arrived Ibadan to join the Nigerian confreres, JohnKennedy Akoma, Basil Agbom and Benedict Anyanwu to begin the program. Two days later Michael Tower renewed his temporary vows for the last time at the Redeemer House chapel.

Allagbe Emmanuel arrived from the Republic of Benin three days after the commencement of the program due to travel difficulties. Two other confreres, Pouissi Casimir and EGBIDI Mehesa, who were supposed to be part of the program eventually could not join for similar reasons. Travel within Africa still is a major difficulty.

The confreres bonded almost as quickly as they met each other. They are the pioneer set of the plan common formation on the way towards reconfiguration in West Africa. The next thirty days would feature talks from six Redemptorist Priests and two lay collaborators (Prof. Isaac Ukpokolo is a Professor of Philosophy at the University of Ibadan and Professor Chioma Asuzu is a Professor of Clinical Psychology at the same University).
The topics typically ranged from history of the Congregation, reflections on the Constitution and Statutes to human development themes.

Perhaps the most important feature for the confreres is having to envision the future that they would be inheriting together. They were open about their fears. Their fears were equally matched by the energy and creative thinking directed towards a future where they would be Redemptorist missionaries working side-by-side preaching plentiful redemption in Africa and beyond. A lot of connections could be made between the historic liminality of their position with Redemptorist pioneers of every age.

There were unplanned moments of spontaneous sharing of notes during tea breaks on how the Redemptorist life is lived in each of their units and finding new inspiration from what is done differently amongst their units.
At the end of the program there was an evaluation of the whole process. They unanimously voiced their appreciation for the wisdom behind the organisation of the program and also thanked the host unit, Nigeria, for their hospitality and fraternity.

Before the departure of the visiting confreres from Ibadan their hosts took them round the city to give them a tour of the ancient city of Ibadan. It was all hugs and fraternal affection when Emmanuel, Mike and Valere left Ibadan on Sunday 4th of September, 2022.
We wish all of them well as they make their respective final commitments in the weeks ahead; a commitment to follow Christ, the Redeemer, for life! 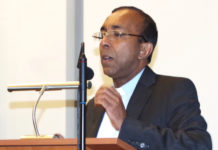 Synod 2023: Fr. Tirimanna CSsR is among the experts preparing the working document 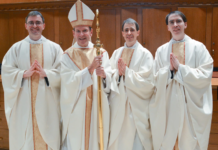 Three priests in the family