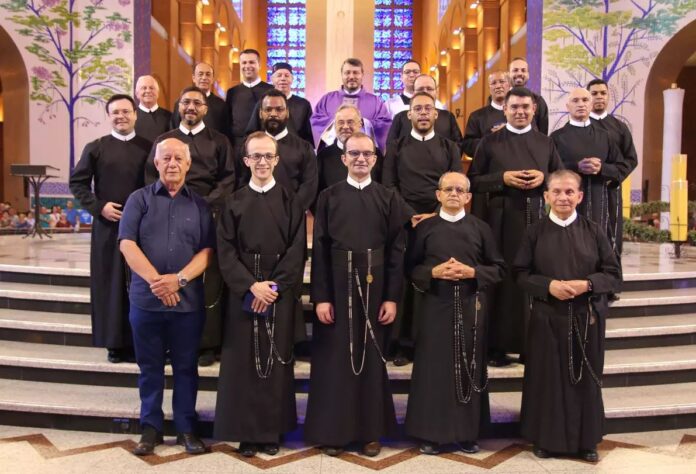 Friday, 2 December, concluded the meeting of 25 Redemptorist Brothers, who met for a week to study, reflect and pray on their mission, in communion with Pope Francis, being an integral part of a synodal Church. During the celebration, four brothers renewed their religious vows in the Congregation of the Most Holy Redeemer.

The Holy Mass at 9:00 a.m. was presided over by the Provincial Superior of the Redemptorist Province of São Paulo, Father Marlos Aurélio da Silva, C.Ss.R, concelebrated by Father Eduardo Catalfo, C.Ss.R , Rector of the National Shrine and other Redemptorist priests.

In an interview with A12, the Provincial superior spoke of the importance of the study week for every Redemptorist Brother: “It is an opportunity that they have as a group, within the Province of São Paulo, especially the Redemptorist Brothers, to reflect on their life, their mission, their vocation as Redemptorists and Brothers that they are. It also helps them to review their plans and to understand all that will be the restructuring movement, the reconfiguration of the Congregation in the world and the feeling of belonging to the Church. They have reflected a lot on this path of synodality, which is a movement that the whole Church is doing”.