DURING A (VICE) PROVINCIAL CHAPTER OR ASSEMBLY

1I urge you, then, brothers, remembering the mercies of God, to offer your bodies as a living sacrifice, dedicated and acceptable to God; that is the kind of worship for you, as sensible people. 2Do not model your behaviour on the contemporary world, but let the renewing of your minds transform you, so that you may discern for yourselves what is the will of God — what is good and acceptable and mature. 3And through the grace that I have been given, I say this to every one of you: never pride yourself on being better than you really are, but think of yourself dispassionately, recognising that God has given to each one his measure of faith. 4Just as each of us has various parts in one body, and the parts do not all have the same function: 5in the same way, all of us, though there are so many of us, make up one body in Christ, and as different parts we are all joined to one another. 6Then since the gifts that we have differ according to the grace that was given to each of us: if it is a gift of prophecy, we should prophesy as much as our faith tells us; 7if it is a gift of practical service, let us devote ourselves to serving; if it is teaching, to teaching; 8if it is encouraging, to encouraging. When you give, you should give generously from the heart; if you are put in charge, you must be conscientious; if you do works of mercy, let it be because you enjoy doing them. 9Let love be without any pretense. Avoid what is evil; stick to what is good. 10In brotherly love let your feelings of deep affection for one another come to expression and regard others as more important than yourself. 11In the service of the Lord, work not halfheartedly but with conscientiousness and an eager spirit. 12Be joyful in hope, persevere in hardship; keep praying regularly.

8Purity of intention is known as the heavenly alchemy by which iron is turned into gold; that is, the most trivial actions, such as working, eating meals, recreating or resting, when done for God’s sake, become the gold of holy love. That is why Saint Mary Magdalen de Pazzi took it for a certainty that those who do everything with a pure intention go straight to paradise, without passing through purgatory. 9The Spiritual Treasury tells of a holy hermit who, before undertaking any action, used to pause for a moment and lift up his eyes to heaven. On being asked why he did so, he replied, “I am trying to make sure I hit the target.” 10He meant that, just as an archer, before shooting an arrow, takes aim at the target, so before doing anything he made God his aim, to be sure of pleasing him. We must do the same; and as we continue to carry out the work once begun, it is well for us from time to time to renew our intention of pleasing God.

9Those who have no other aim in their affairs but God’s will enjoy the holy freedom of spirit proper to the children of God; and this lets them embrace everything that pleases Jesus Christ, however it may go against the grain of self-love or human respect. Love for Jesus Christ makes his lovers totally indifferent to what is sweet or bitter; they want nothing for their own pleasure, but everything for the pleasure of God. They have the same peace of mind whether they are busied with great things or little things, with things pleasant or unpleasant: it is enough for them to please God.

10On the other hand, many people are willing to serve God, but it has to be in this or that assignment, in such and such a place, with certain companions and under certain circumstances, or else they will either quit the task or do it begrudgingly. Such persons have no freedom of spirit: they are slaves of self-love; and on that account profit little by what they do. They lead a restless life, because the yoke of Jesus Christ weighs heavily on them. The true lovers of Jesus Christ love to do with pure love only what pleases him and because it pleases him, when Jesus wills, where he wills, and as he wills, and whether he wishes them to occupy themselves in a life of worldly honor or in one of obscurity and neglect. What is important is loving him with a pure heart. This is the effort in which we must strive and toil, battling the appetites of self-love, which would like to see us busy in important posts that bring us honor and match our inclinations.

THE CONSTITUTIONS OF THE CONGREGATION OF THE MOST HOLY REDEEMER

All Redemptorists, urged on by the apostolic spirit, and imbued with the zeal of their founder, continue the tradition developed by their confreres in the past, and are ever attentive to the signs of the times. “Sent as helpers, companions and ministers of Jesus Christ in the great work of redemption:” to preach the word of salvation to the poor (Chapter 1), they build up an apostolic community (Chapter 11), specially dedicated to the Lord (Chapter 111), sustained by adequate formation (Chapter IV), and by suitable forms of government (Chapter V).

Redemptorists are thus “apostles of conversion”, in so far as the chief object of their preaching is to lead people to a radical choice regarding their life – a decision for Christ – and draw them firmly and gently to a continuing and total conversion.

Missionary Dynamism
15 – The mission of the Congregation, then, demands of the members that they be free and unimpeded in their choice of the peoples to be evangelized and the means to be employed in the mission of salvation.

Since they are always obliged to seek new apostolic initiatives under the guidance of legitimate authority, they cannot allow themselves to settle down in surroundings and structures in which their work would no longer be missionary. On the contrary, they will diligently pioneer new ways of preaching the Gospel to every creature (Mark 16:15).

Dialogue with the World
19 – In order that missionary work may develop and be really successful, adequate knowledge and practical familiarity with conditions in the world are essential as well as co-operation within the Church. For this reason the members of the Congregation confidently engage in missionary dialogue with the world.

In a spirit of brotherly concern they should try to understand people’s anxious questionings and try to discover in these how God is truly revealing himself and making his plan known.

Indeed they know that only the mystery of the Word Incarnate throws true light on the mystery of humanity and on the full reality of its calling. With this knowledge they reveal the all-embracing nature of redemption, and give witness to the truth that whoever follows Christ, the perfect human being, becomes more human.

The Provincial Chapter
123 – It is the duty of the provincial chapter to give continual attention to the renewal and adaptation of the apostolic life and government of the province.

The Provincial Superior and his Council
125 – The  provincial superior, as moderator of the province and as president of the provincial council, has a mandate to direct and govern the province in accordance with the constitutions and statutes, both general and particular.

126 – Let the provincial superior [with his Council] exercise his office as a pastor, leader and coordinator of all communities and members of his province. He should make himself completely available to them, while encouraging them to live worthily the vocation to which they are called, and to confidently undertake and carry through their apostolic enterprises. 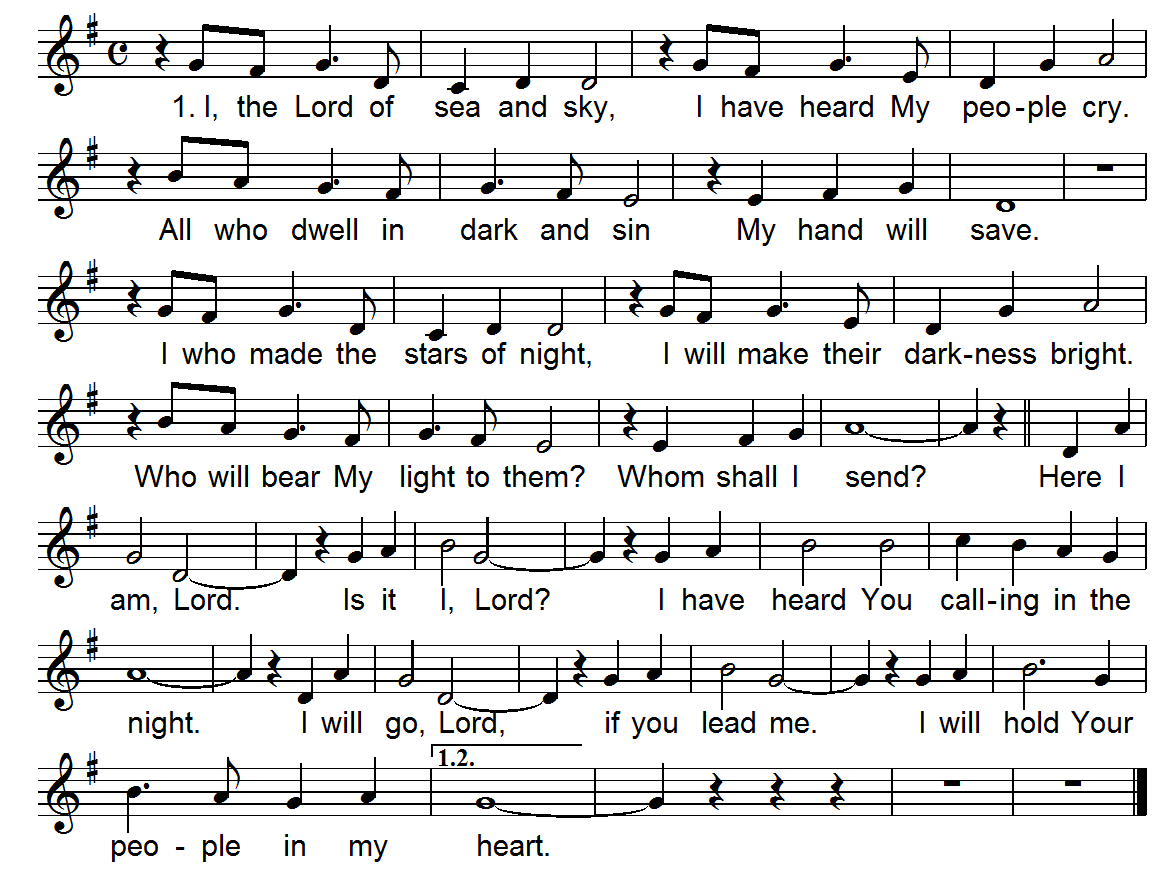 I have borne my people’s pain.

I have wept for love of them.

I will break their hearts of stone,

Give them hearts for love alone.

I will speak my words to them.

I will send the poor and lame.

I will set a feast for them.

My hand will save.

Finest bread I will provide,

’Til their hearts be satisfied.

I will give my life to them.

197 – God’s heart has a special place for the poor, so much so that he himself “became poor” (2 Cor 8:9). The entire history of our redemption is marked by the presence of the poor. Salvation came to us from the “yes” uttered by a lowly maiden from a small town on the fringes of a great empire. The Saviour was born in a manger, in the midst of animals, like children of poor families; he was presented at the Temple along with two turtledoves, the offering made by those who could not afford a lamb (cf. Lk 2:24; Lev 5:7); he was raised in a home of ordinary workers and worked with his own hands to earn his bread. When he began to preach the Kingdom, crowds of the dispossessed followed him, illustrating his words: “The Spirit of the Lord is upon me, because he has anointed me to preach good news to the poor” (Lk 4:18). He assured those burdened by sorrow and crushed by poverty that God has a special place for them in his heart: “Blessed are you poor, yours is the kingdom of God” (Lk 6:20); he made himself one of them: “I was hungry and you gave me food to eat”, and he taught them that mercy towards all of these is the key to heaven (cf. Mt 25:5ff.).

198 – For the Church, the option for the poor is primarily a theological category rather than a cultural, sociological, political or philosophical one. God shows the poor “his first mercy”. This divine preference has consequences for the faith life of all Christians, since we are called to have “this mind… which was in Jesus Christ” (Phil 2:5). Inspired by this, the Church has made an option for the poor which is understood as a “special form of primacy in the exercise of Christian charity, to which the whole tradition of the Church bears witness”. This option – as Benedict XVI has taught – “is implicit in our Christian faith in a God who became poor for us, so as to enrich us with his poverty”. This is why I want a Church which is poor and for the poor. They have much to teach us. Not only do they share in the sensus fidei, but in their difficulties they know the suffering Christ. We need to let ourselves be evangelized by them. The new evangelization is an invitation to acknowledge the saving power at work in their lives and to put them at the centre of the Church’s pilgrim way. We are called to find Christ in them, to lend our voice to their causes, but also to be their friends, to listen to them, to speak for them and to embrace the mysterious wisdom which God wishes to share with us through them.

O God, who desires that all men and women be saved and come to the knowledge of the truth, turn our hearts towards you: you who have delivered us from darkness with the gift of faith, and who has called us to the Redemptorist Congregation, help us to always conform to your holy will. Through our Lord Jesus Christ, your Son, who is God … 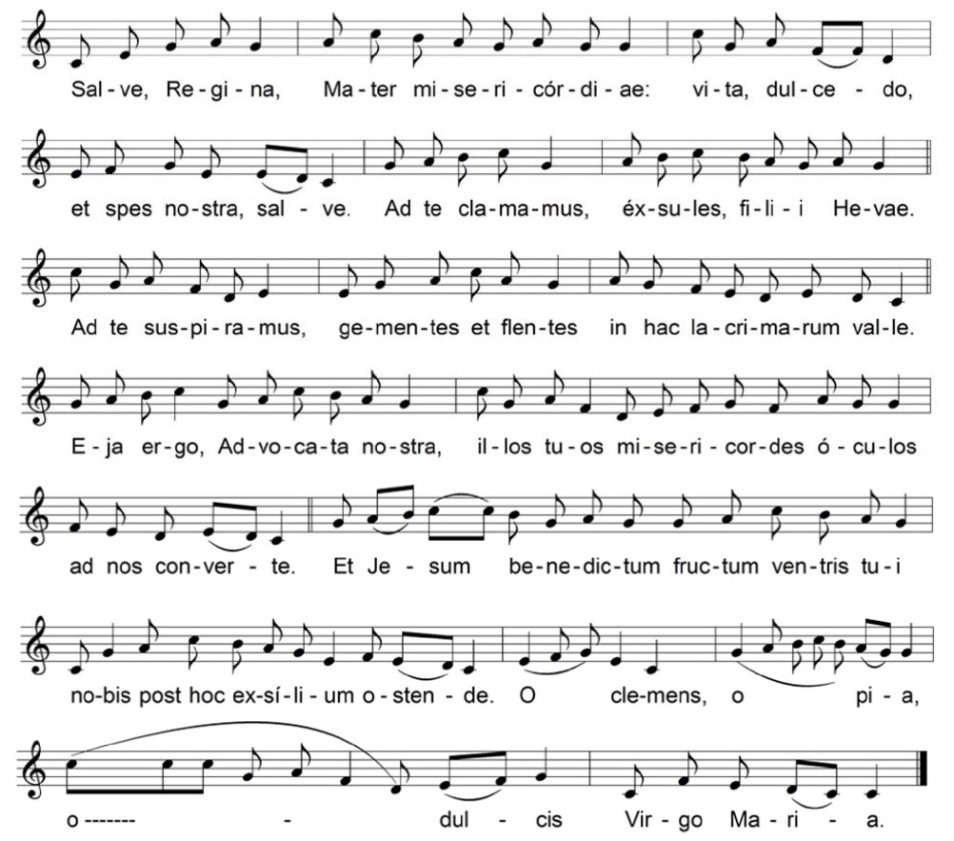