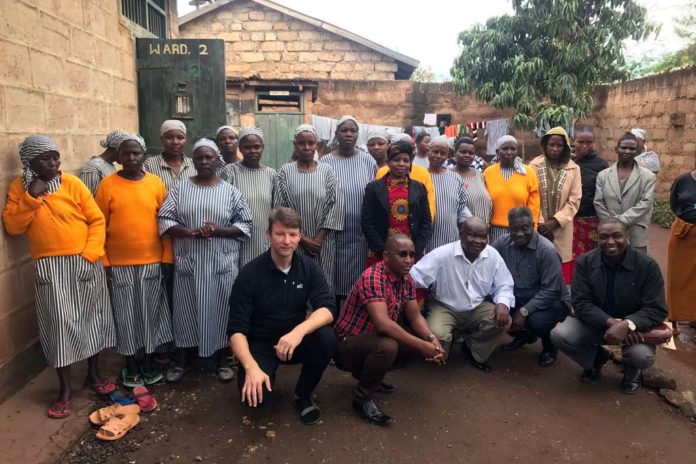 The great thing was the diversity of our team, which God formed at the last moment. We were two Kenyans (George and Ann), two Slovaks (Fr. Rasto Dluhy C.Ss.R. and me) and two Tanzanians (Este Mtema and Tadeas Mulokozi). Such a range of characters, cultures, and dynamics demonstrated the universality of the Church. We all took turns to preach in the squares as well as in the churches…

– narrates Bohumír Živčák in his journal of the mission trip to Kenya (October 16-28, 2019). He is a Partner in the Mission of the Bratislava – Prague Province. Not only he works full-time with the Redemptorists but also cooperates with Renewal Ministries from the USA. They work together in mission and new evangelization in a number of countries and have appointed him a Country Coordinator for Kenya and Kazakhstan.

It was wonderful that in the Mission month of October we were able to answer the call of a mission ‘Ad Gentes’ for the third time (following missions in Kežmarok and Kaunas), in which brothers and lay Partners in Mission from other counties participated.

The following account is taken from the Bohumír Živčák’s journal of his missionary trips where he shares inputs on the Kenya outreach:

The first part of the mission was arranged by long-time local coordinator George Ndegwa, who is so faithful in spreading the Good News. The area where Renewal Ministries have been active for over 15 years has been opened up and some of the people are well-trained (mostly in the southern part of Kenya in the diocese of Ngong) but it is evangelization ‘Ad Gentes’ that has always been the passion of George Ndegwa.

This time he arranged for us to go to the foot of Mt. Kenya, in the heart of the country, in Isiolo.  Samson, the National Coordinator of Charismatic Renewal, comes from this area so it was his homeland that we are entering for the first time.

The city of Isiolo is the important crossroads with Ethiopia, through which trade comes before continuing to other parts of Kenya, Tanzania, and Uganda. It is a mostly Muslim area with plenty of mosques and minarets in the city center. 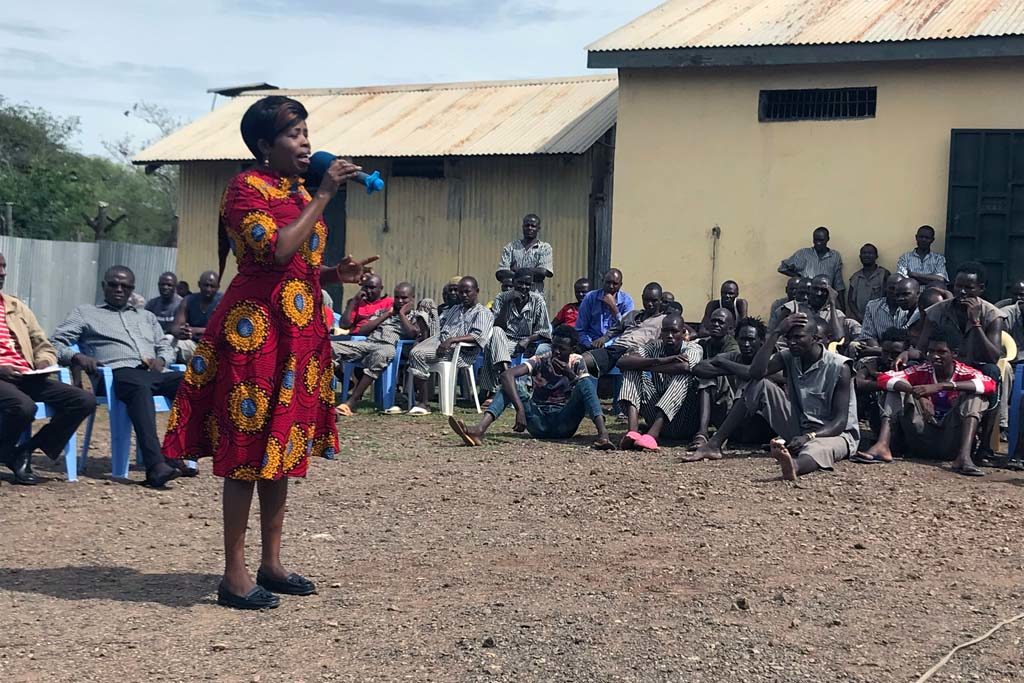 To be honest, coming from Europe, the times when you can freely preach the Gospel on the streets are gone. The Catholic Church often makes excuses that we might offend others, that we should take care of our own people and churches better… But recent popes have had a different approach. Missions outside the church buildings are more necessary than ever.

And, to be honest, the courage of my youth abandoned me when I saw Muslim brothers standing around the shops and listening to us… 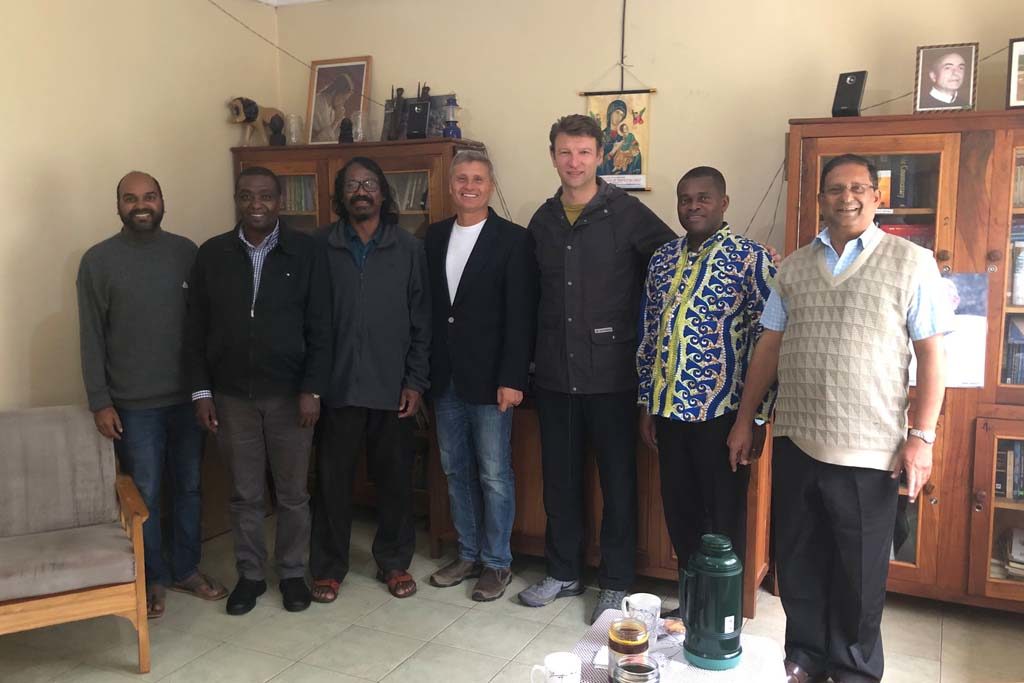 The great thing was the diversity of our team, which God formed at the last moment. We were two Kenyans (George and Ann), two Slovaks (Fr. Rasto Dluhy CSsR and me) and two Tanzanians (Este Mtema and Tadeas Mulokozi). Such a range of characters, cultures, and dynamics demonstrated the universality of the Church. We all took turns to preach in the squares as well as in the churches.

In the mornings, we preached in the local church where about 60 people came from the surrounding area and from as far as the Meru Diocese. They were ordinary people but they were ready to be sent. It was a joy to be there in this unique Mission Month proclaimed by Pope Francis with the motto ‘Baptized and Sent.’

Every afternoon all the people went with us to the market square and every day they were more courageous and joyful. The joy of the Gospel was filling our hearts. Many Muslims were listening and some even prayed with us. Protestants were stopping and thanking us for encouraging them to go out on the streets. This was the first time in the history of the area that Christians were proclaiming the Gospel in this Muslim center and they were Catholics 🙂 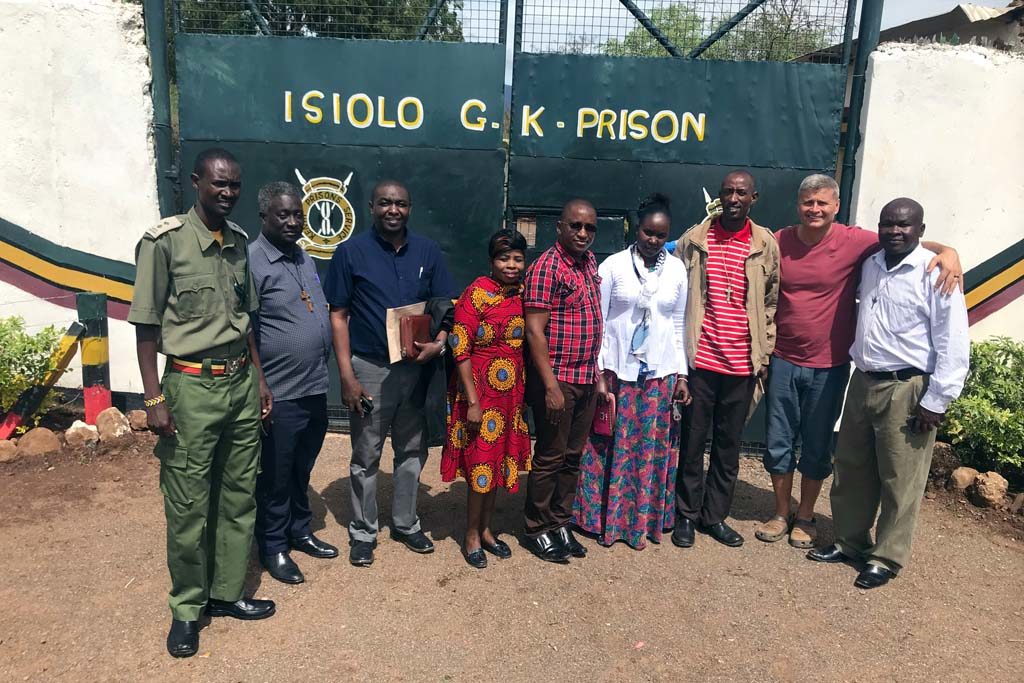 On Saturday morning we visited the local prison with more than 300 prisoners. What a blessing to shake hands with those brothers and not only that. I (Bohumír) had a chance to join Samburu warriors in dance…I tell you even in prison when these guys begin to jump their dance, they are free as birds. I think we are going to learn this dance in heaven…

On Sunday night, we traveled back to Nairobi where from Monday the priests of Ngong diocese were coming together for the Priests’ Retreats. There our team was strengthened by Peter Thomson from Canada and Archbishop Zbignevs Stankevics, the Metropolitan of Latvia, from Riga. That was an even more colorful picture of the Universal Church: an Archbishop, priests,  laymen, wise sages and young guys…I loved it.

About 40 priests gathered from the whole diocese (which is, by the way, as large as the whole of Slovakia), some of them from as far as Mombasa, Nakuru, Meru and Machakos dioceses. We shared all our inputs and we all agreed that we want to keep the picture of a community working together as the main testimony. The local bishop, John Oballa, was present all the time and his humble listening was a piece of heaven for all of us.

We shared many aspects of the work of the Holy Spirit in our lives and the deep intimate testimonies of Archbishop Stankevics and 80-year old Peter Thompson powerfully touched the hearts of the priests and religious sisters. When we offered a prayer for the outpouring of the Holy Spirit as an option – everyone came forward. Many shared deep things from their own lives and mentioned that they hardly remembered the last time somebody had prayed over them. 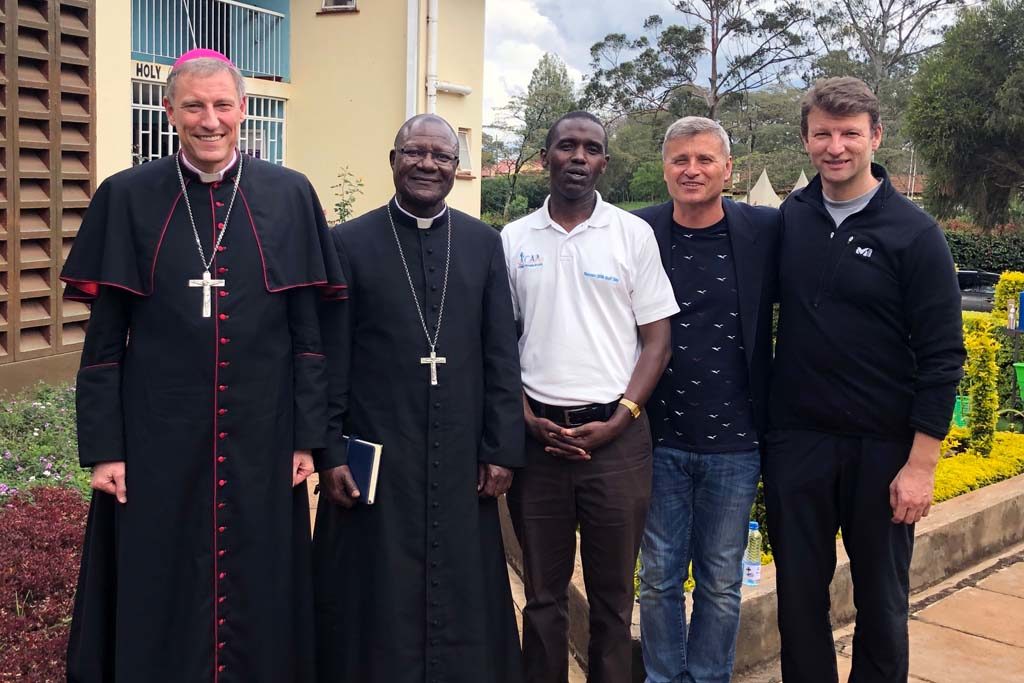 Bishop John was at the hospital that day and when we met in the evening his first question was “when you are going to pray for me?” We did the next day and it was one of those moments you remember for your all life. A Bishop or an Archbishop is sitting and asking for prayer from the brothers…. We were in tears – all of us!

It was hard to say goodbye to the Bishop, the priests, and the brothers. We finished our time here in Kenya with an open FIRE rally in the Bishop’s cathedral in Ngong, from Friday to Sunday, but I felt that these two parts of the mission were the beginning of a new era of Renewal in Kenya.

One day before our departure we were able to meet a Redemptorist community in Nairobi, where brothers from India and Kenya are working. It was a time of sharing of life and mission experiences. It was refreshing to hear about planned parish missions in Nairobi during Lent. 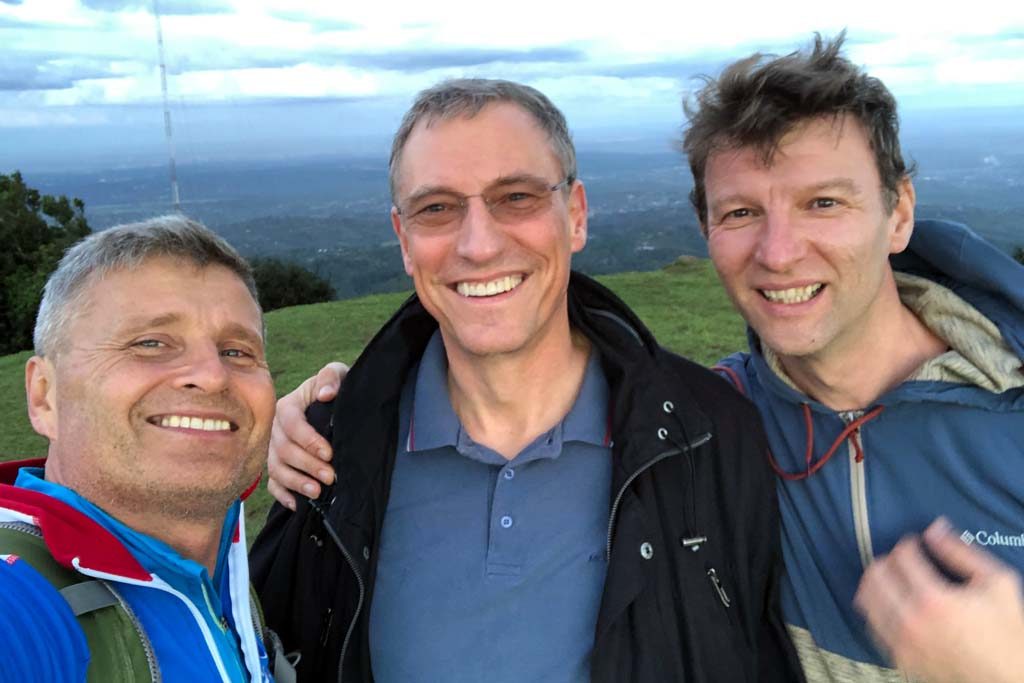 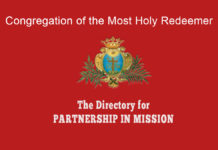 Structure and content of the Directory for Shared Mission

“Shared Mission”: a new language born from our Mission and the Charism today 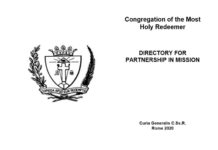 Launch of the General Directory for Shared Mission