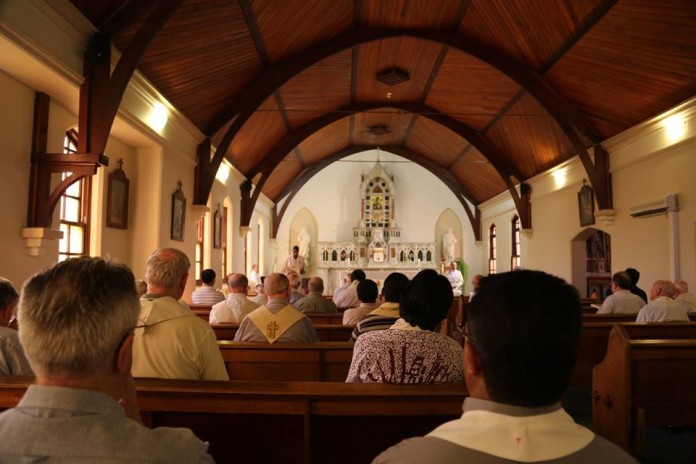 Redemptorists from the Province of Oceania and beyond gathered November 24-27 in Galong NSW. It was an occasion to reflect on the Redemptorist mission and enter into the Year of Mercy announced by Pope Francis.

It was also a time to celebrate the completion of the first year of a new Redemptorist Province of Oceania that came into being on January 1, 2015. The Redemptorists of Oceania live in New Zealand, Australia and Samoa. They have a close partnership with Redemptorists in the Vice Province of Manila (Philippines) and the Vice Province of Ipoh (Singapore/Malaysia). Both vice provinces started as missions from Australia and New Zealand in the early part of last century. Oceania’s mission is in partnership too with the Region of Colombo (Sri Lanka).

Redemptorists worldwide are intent on preaching an inclusive message of mercy, justice and redemption during the upcoming Year of Mercy. While at Galong those present spoke of the honour that is theirs in preaching the gospel. Photos from the Galong gathering may be foundHERE. If you are on social media, search these hashtags for more photos #CSSR #NewProvince #Redemptorists #cssrnewprovoceania