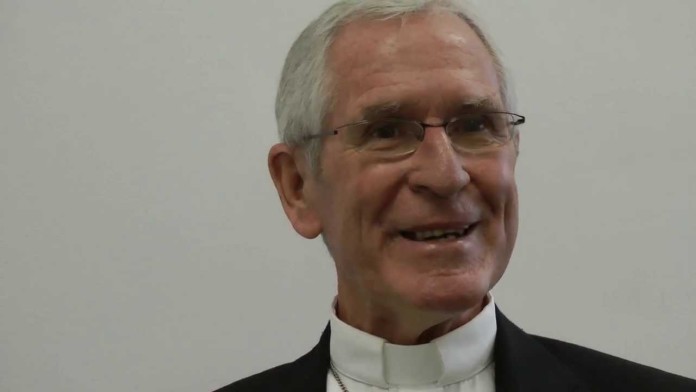 Redemptorist bishop of Rustenburg, South Africa, Kevin Dowling, C.Ss.R., celebrated his silver jubilee of ordination earlier this week. Bishop Dowling is well-known for his unwavering prophetic stand and option for the poor. He is co-president (with American Marie Dennis) of Pax Christi International—the Catholic peace movement working in over 50 countries.

Speaking at the silver jubilee Mass, on behalf of the bishops’ conference, the Archbishop of Johannesburg, Buti Tlhagale, O.M.I., said “An outstanding quality that has penetrated and shaped the attitude of Bishop Kevin, his work and contribution for many years, is his preferential option for the poor. He has been an unwavering voice of the voiceless, he has always urged the bishops not to interpret the traditions of the church in such a way that the poor are made to feel guilty and burdened and suffocated instead of experiencing through the church God’s mercy.” 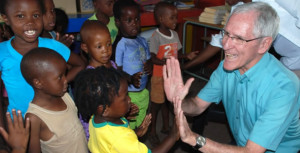 Kevin Dowling was born in Pretoria, South Africa, in 1944. After completing school, he entered the Redemptorist Novitiate in Cape Town. He studied at Hawkstone in England and was ordained a priest in 1967. At the age of 32 then-Father Dowling was elected vice-provincial of the Redemptorists in South Africa. In this regard he was not much different to his kinsman, Archbishop Denis Hurley, O.M.I., of Durban, who had been made a bishop at the age of 31. Archbishop Hurley, first cousin to Kevin Dowling’s mother, ordained him to the priesthood.

After serving for 12 years as vice-provincial, Father Dowling was elected as a consulter to the Redemptorist General in Rome. After five years in that role he returned to South Africa—hoping to minister to young adults. This was short lived, as in 1990 Kevin Dowling was named Bishop of Rustenburg, which is situated in South Africa’s platinum belt.