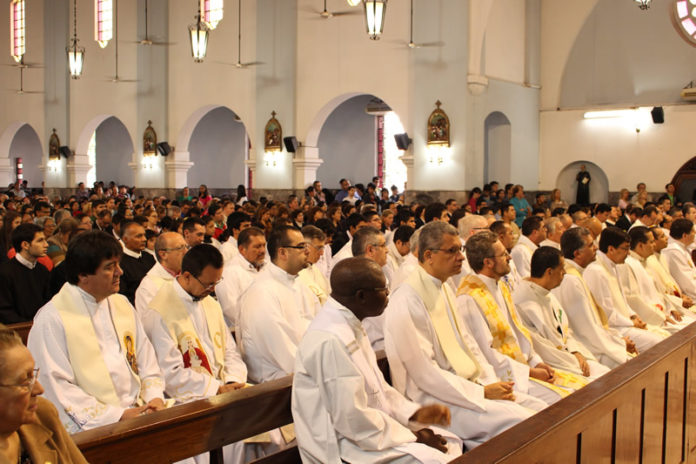 (Atyrà, Paraguay, 9 may 2016) – “The major superiors and representatives of 26 provinces and missions of the Congregation of the Most Holy Redeemer of all the countries of Latin America and the Caribbean, gathered in the General Assembly on 3 and 4 May 2016 in the city of Atyrá, Paraguay, and reflected on the evangelization of this continent”. This is how the “Declaration of Redemptorist missionaries began with regards to the social political moment in Brazil”, divided into 7 points.
“Moved by the proclamation of the Gospel of Jesus Christ and called to evangelize the poor, according to the charism of the Redemptorists – is written in the text – we express deep concern about the situation of the political, ethics and moral crisis that crosses Latin America and in particular Brazil. From this situation the systematic corruption at public and private institutions emerges, with a strong influence of political parties, and this is an evil that must be abolished forever. It is hoped that ongoing investigations can, with full rights of defense, identify the culprits.
However no decision against the constitutional principles will be the best solution for the crisis, which, first of all, is political”.
The Redemptorist document ends with an appeal: “We call everyone to dialogue to overcome the difficult moment and we reiterate our respect and our confidence in Brazilian institutions, capable of leadership in the urgent and necessary path to understanding”.
In Brazil, meanwhile, surprisingly, the president of the Brazilian Senate has backtracked on the decision, announced 24 hours in advance, to suspend the impeachment process of President Dilma Rousseff. With surprise, Waldir Maranhao, who took over as acting speaker of the lower house last week, said there were procedural flaws in the April 17 vote in the chamber when it accepted the impeachment charges against Rousseff.