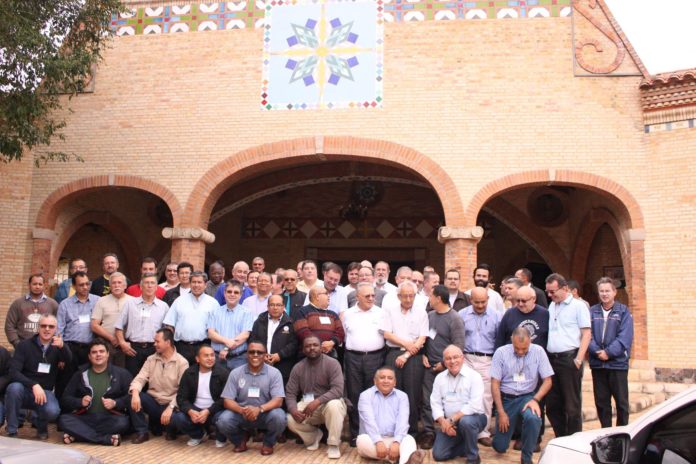 (Atyrá, Paraguay, May 7, 2016) – Redemptorist missionaries stand for the Socio-Political rights in Brazil.

“The Spirit of the Lord is upon me, because He has anointed me to bring good news to the poor.” (Lk 4:18)

1.- The major superiors and other representatives of the 26 Provinces and Missions of the Congregation of the Most Holy Redeemer, from all the countries of Latin America and the Caribbean, met during the General Assembly, on May 3-4, 2016, in the city of Atyrá, Paraguay,  and reflected about evangelization on this continent.

2.- Moved by the call to proclaim of the Gospel of Jesus Christ and called to evangelize the poorest, according to our Redemptorist charism, we voice our deep concern for the grave political, ethical and moral crisis in Latin America, which is now impacting Brazil. Systemic corruption in public and private institutions, strongly influenced by political parties, is an evil that must be extinguished once and for all. Hopefully the ongoing investigations, while respecting the right to defense, will determine who is guilty and hold them duly accountable. However, any decision that compromises constitutional principles will not be the best solution to this crisis, which is, primarily, political.

Redemptorist Missionaries of Latin America and the Caribbean

Fr. Manuel Rodríguez Delgado, C.Ss.R.
Coordinator of the Conference of Latin America and the Caribbean

Fr. Rogério Gomes, C.Ss.R.
President of the Union of the Redemptorists of Brazil

Fr. Mauricio Pizarro, C.Ss.R.
President of the Union of the Redemptorists of southern Latin America

Fr. Felipe Santiago Burgos, C.Ss.R.
President of the Union of Redemptorists of northern Latin America and the Caribbean