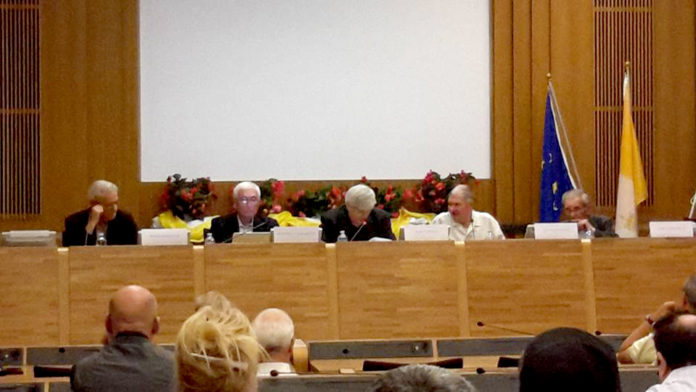 The Italian Theological Association for Moral Studies (ATISM) held its 26th National Congress at Casa Divin Maestro, Ariccia, Italy, from 22nd to 26th August 2016. Founded in the immediate aftermath of the Second Vatican Council, in 1966, the Association counts some 237 registered members among whom are bishops, priests, male and female religious, lay men and women from all over Italy who are involved in various professional tasks and ecclesial ministries of moral theology such as teaching in universities, theological institutes and seminaries, working at centres of research and Catholic editorial  houses.

This being the 50th anniversary of the foundation of this Association of Italian scholars involved in moral theological studies the theme chosen for this year’s Congress was “Moral Theology in Italy and ATISM: At 50 years from the Council – Heredity and Future”. Among the 12 speakers invited to present papers at this Congress were three Professors from Accademia Alfonsiana on the following topics:

·      “An Asian Moral Theology that emerges from the documents of the FABC (Federation of Asian Bishops’ Conferences)” – Prof. Vimal Tirimanna, CSsR

The participants of the Congress also took part in the General Audience of Wednesday (24th) at St.Peter’s square at the end of which Pope Francis personally greeted the President of the ATISM, Mons.Basilio Petrà (who is also a professor at the Alphonsianum) and a few others, and the Pope made an appeal to the moral theologians that they dedicate special attention to his apostolic exhortation, Amoris Laetitia, especially by supporting its teachings and spreading them among the People of God.