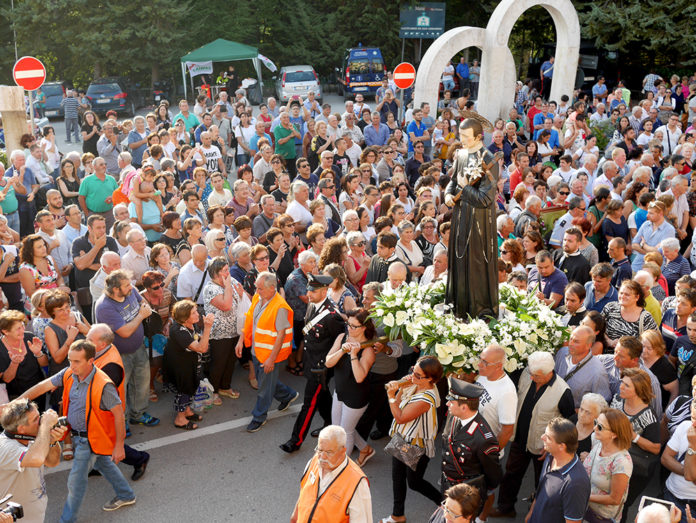 It was a special and really a beautiful day on the first Sunday of September here at the Shrine of St. Gerard Majella in Materdomini di Caposele (Italy), which marks the first feast of the saint. From the early hours of the morning the streets of the country ground floor were filled with people. We could hear at the background many heartfelt voices of the people that rise to the beloved Saint Gerard their song of prayer: “I am a pilgrim, St. Gerard please pray for me …” 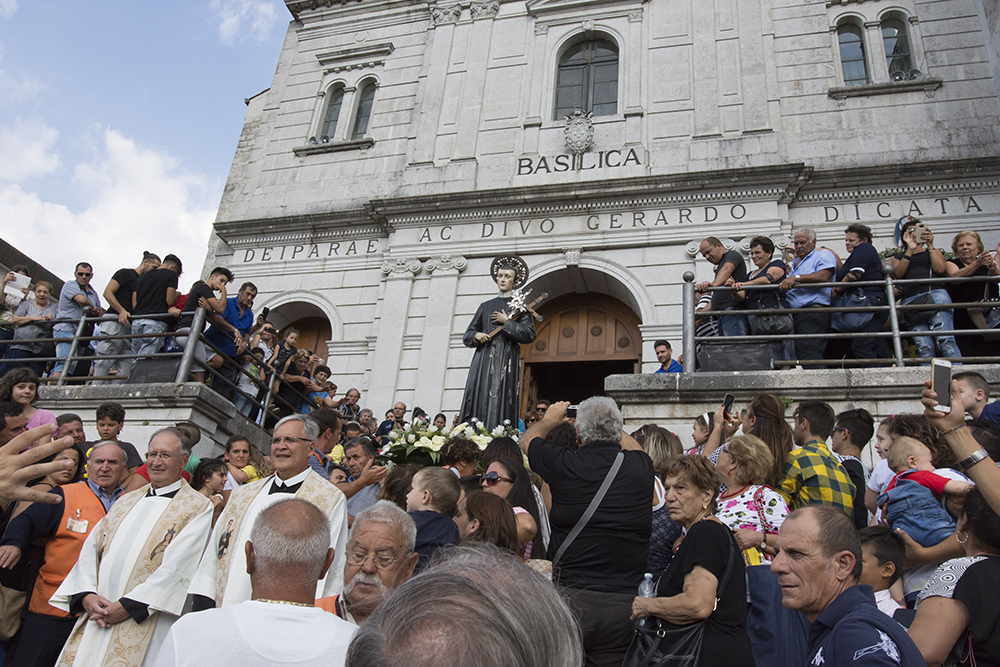 As we know the liturgical feast of St. Gerard occurs on October 16, the day when he returned to the Father’s house in Materdomini but here there is a first feast in honour of the saint, a feast may be called historic as the first Sunday of September. It is an event that dates back to 1893, the year of the beatification of St. Gerard.

The roads at that time were dusty and autumn rains did not make it easy arriving at the Sanctuary, the weather became cold and the light of day seemed as though dark of the night. This appeared reasonable cause enough to celebrate San Gerardo, to push the devotees to express their devotion to him on a different date from that of his birth in Heaven. 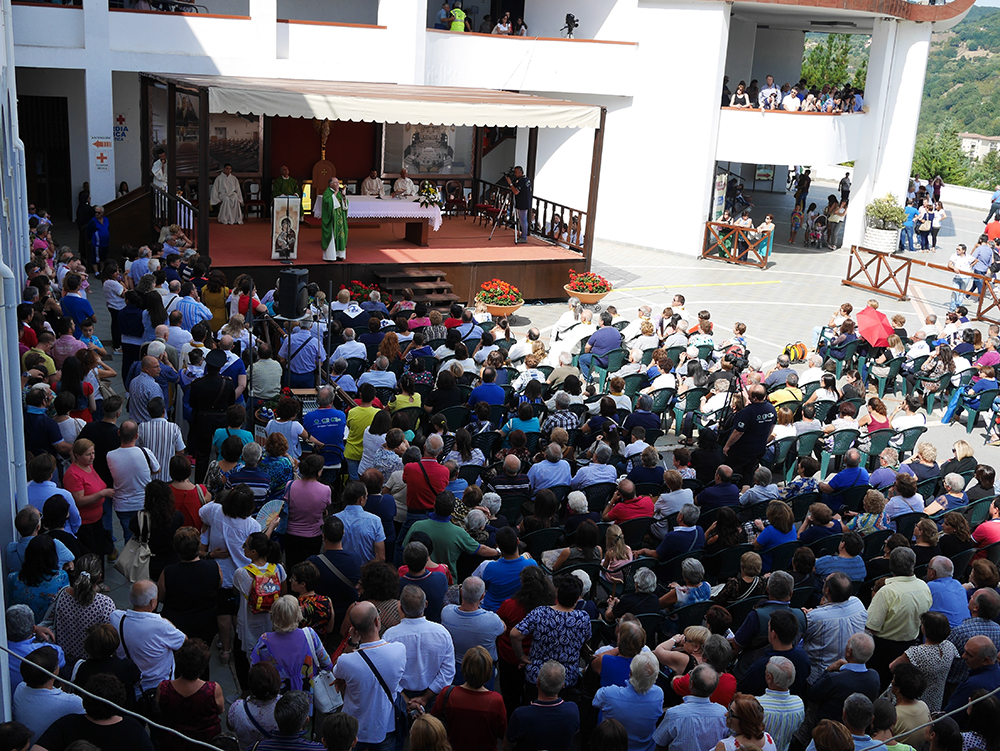 Until now this festival not only retains his fervour, his devotion, but year after year things change more and the celebrations become more colourful. More and more people rushed to the shrine on this wonderful day to honour and celebrate the much-loved saint, mediator of the poor in life and also in heaven. St. Gerard is really considered a traveling companion in everyday life, a friend whom people can always trust, who is present and available for everyone. 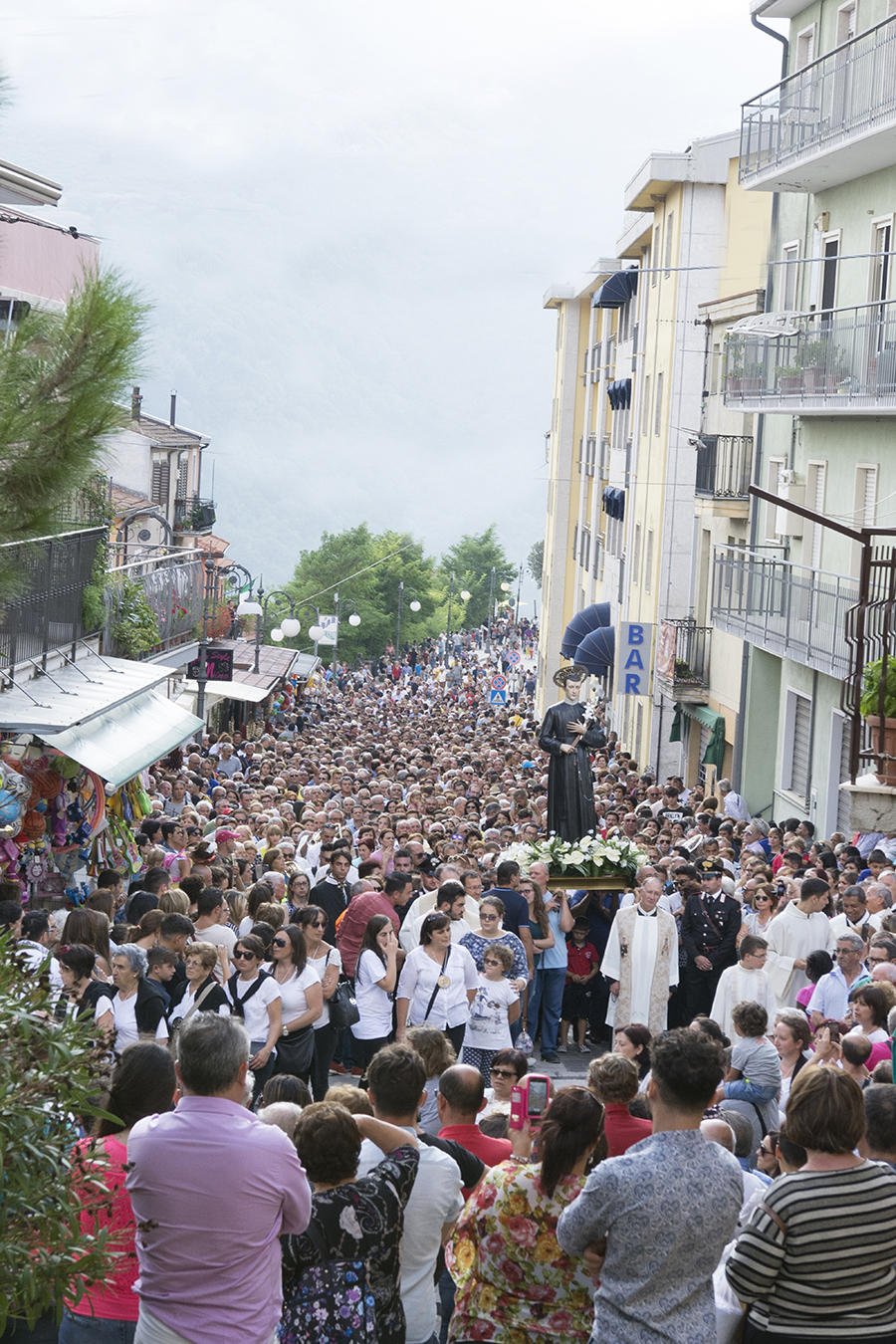 The central moment of the day was the Eucharistic celebration presided over by the Provincial Superior of the Redemptorist Missionaries Serafino Fiore and Fr. David Perdono, Rector of the Shrine. The square in front of the Church of the Redeemer was jam-packed with young families with their children, boys, grandparents: joyful, sad, serene, tired faces that are tested by life, but each face full of confidence in this little, great Saint.

Little saint because he lived constantly in the love of God and allowing himself to be shaped by Him. Great because he only lived to bring glory to his dear God, serving Him in needy brothers and sisters, and making his own life a gift of love to all.

The day saw its culmination in the procession! A tireless human river that followed St. Gerard on the streets of Materdomini and Caposele. From this sight of great crowds, we could feel the deep desire of all participants to take St. Gerard as an example in following Jesus the Redeemer. We all seek an example to follow, a help to live the fullness christian life. Precisely, this we can find in St. Gerard who embodied the gospel of Jesus. Gerard wants each one of us to be faithful to God the Father by his following His “will”, as well as he did.