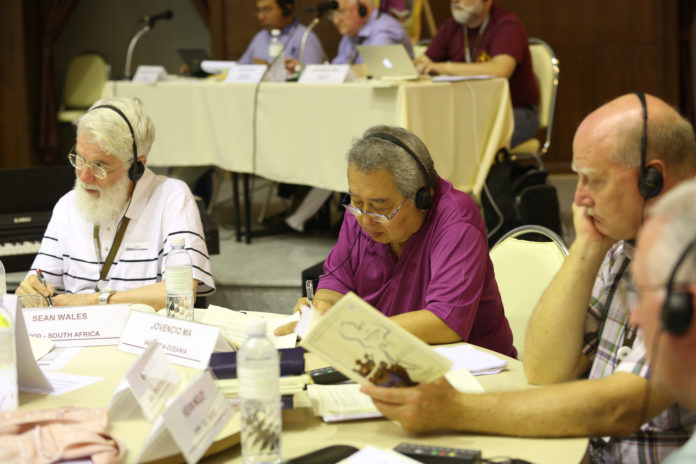 Morning Prayer was led by the Province of South Africa.

The moderator then give us feedback from the evaluations of the previous week. They were positive. He asked people making interventions from the floor to speak briefly and concisely and that more people should make their voices heard.

There was an i’m announcement that electricity will be cut at 9 o’clock and so we headed for small groups – but then were told that the electricity cuts will be tomorrow. We therefore returned and had a plenary session discussing the various proposals.

After the break Fr. General paid tribute to his former Vicar General, Fr. Enrique Lopez. He said that he had been totally supportive, informative, generous and helpful. He said he had never met a less ambitious Redemptorist and that Fr. Enrique always put the Congregation before anything else. 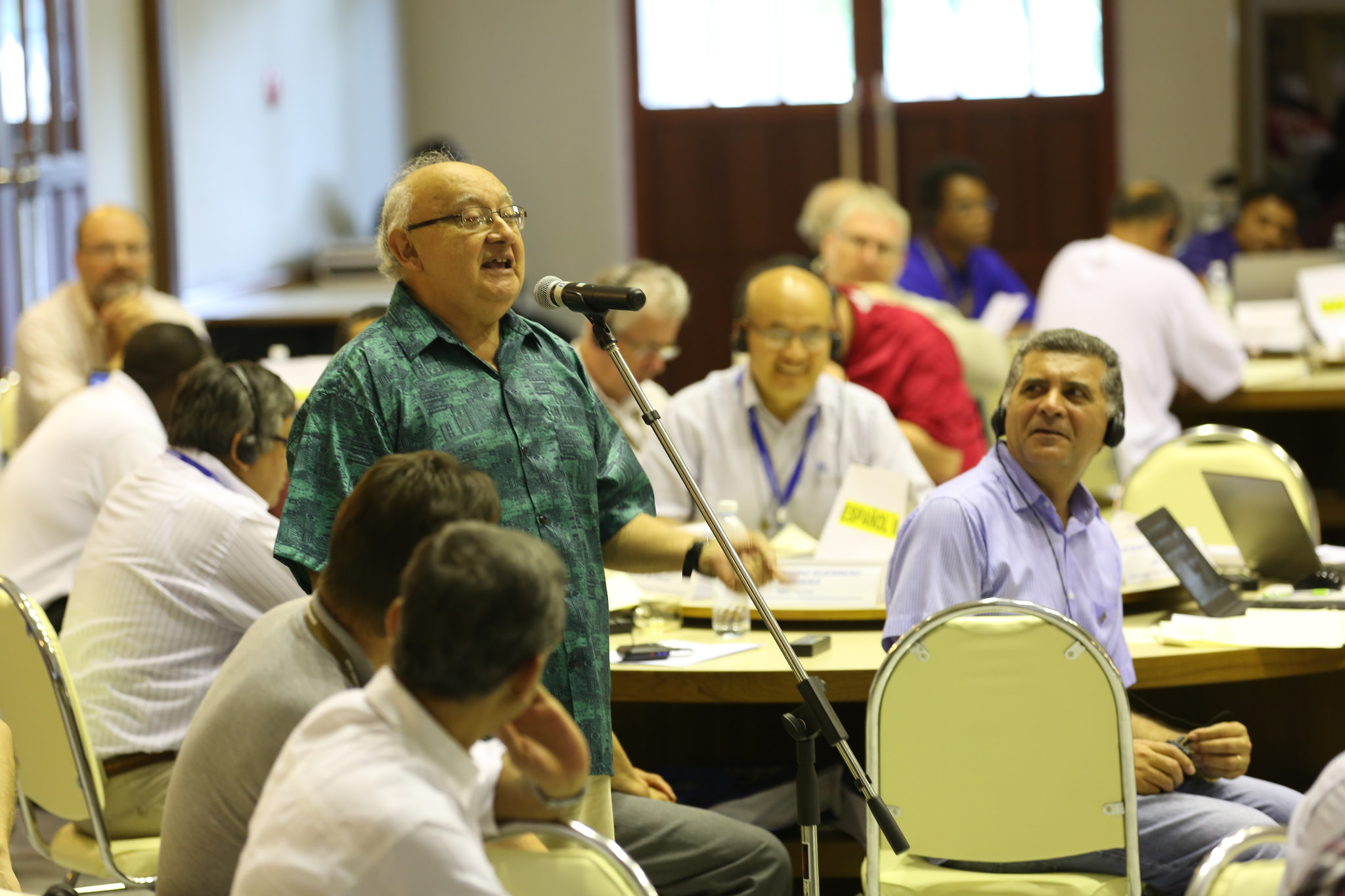 Fr. Lopez received a long and sustained applause from the floor.

We then continued voting on the various Postulata in the following session. Towards the end of the session we decided to vote for the Vicar General of the Congregation.

The moderator read out the qualifications and qualities required.

We then had the first vote but no candidate received the required two thirds majority.