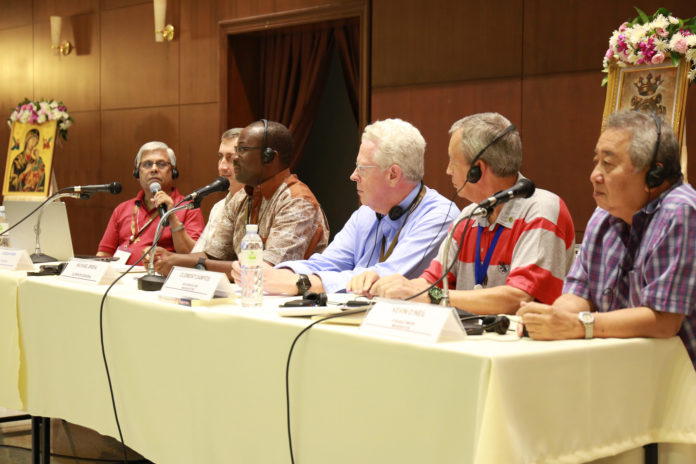 Today we began a two-day reflection on the experience of the new Conference structure, mandated by the previous General Chapter in 2009 and implemented over the past six years by the General Government. It turned out to be a most interesting day from two perspectives.

First, each Conference had prepared a video presentation of their territory, the Redemptorists and their missionary activity, their collaborative efforts, and their hopes for the future. In the afternoon we were privileged to see the presentations of the Conference for Asia/Oceania followed by that of the Conference of Africa & Madagascar.
Second, the final plenary session of the day was devoted to an opportunity to raise questions and issues with the five Conference Coordinators to begin the assessment of what these Conferences have done for the Congregation over the past six years, what frustrations and obstacles have surfaced, and what benefits have clearly come about.
Of significant interest was the uniqueness of each Conference. Asia/Oceania spans a huge territory with a wide variety of different nations and cultures (India, Iraq, Thailand, Vietnam, Indonesia, “Oceania”—Australia, New Zealand, Samoa, Sri Lanka—the Philippines, Malaysia, Japan and Korea). Latin America has three sub-conferences: The Portuguese of Brazil, the southern South American units, and the northern & Central American, Caribbean & Mexican units. Europe conistes of 15 different Redemptorist units (plus Albania) with a wide variety of European languages and cultures. The growing Conference of Africa and Madagascar brings together Redemptorists from very different contexts of this huge continent and tends to gather around three languages (especially the first two): English, French and Portuguese. And the Conference of North America includes the United States, French- and English-speaking Canada (and the Ukrainian Catholic Church), plus the English-speaking Caribbean. 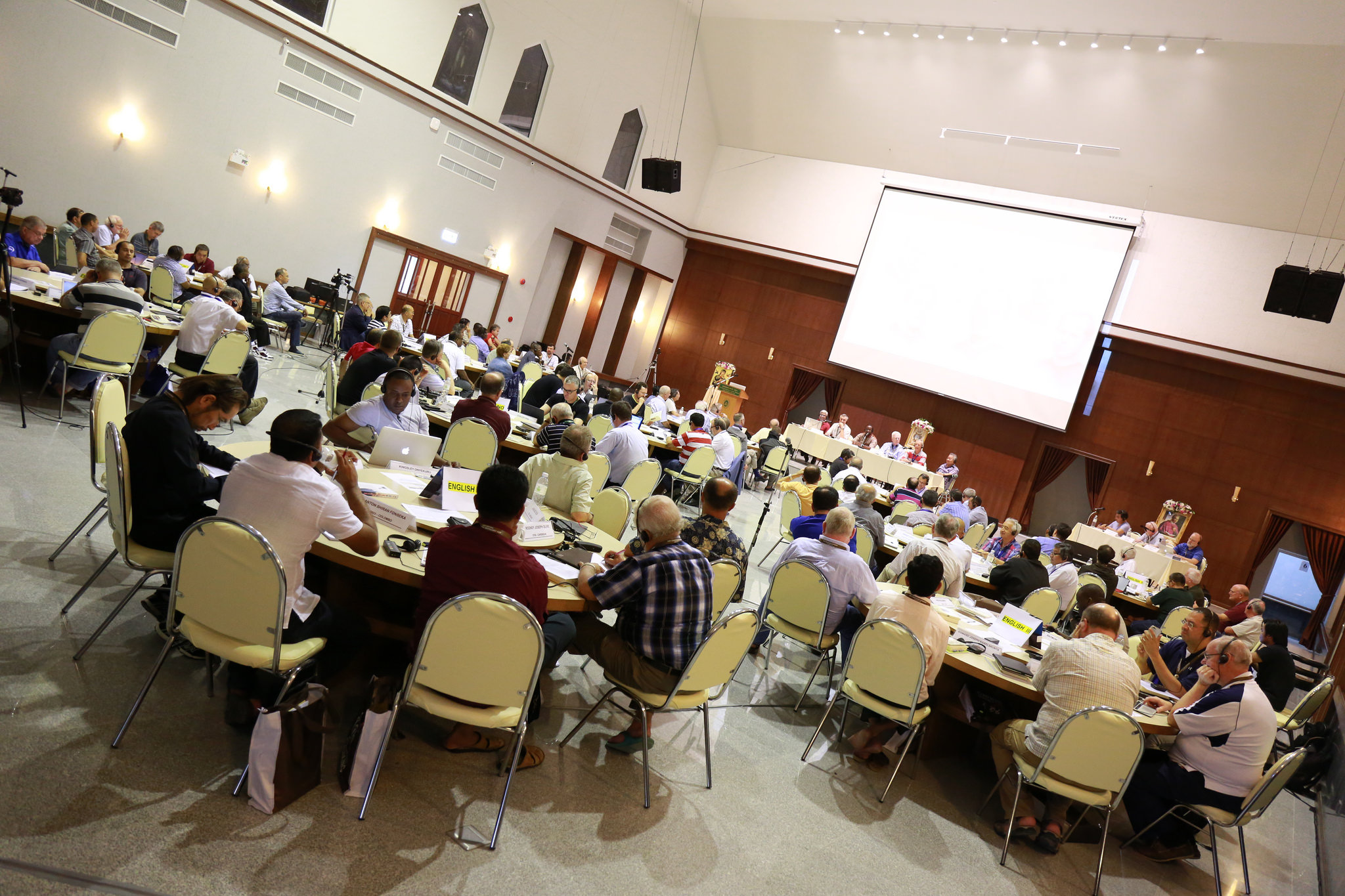 And yet out of all this variety, it was exciting to see commonalities while listening to the creative and diverse ways in which the Redemptorist Mission is lived in all parts of the world.

The final session, the open discussion with the five Coordinators, was very instructive. Topics raised and covered included vocational discernment, the authority of the Coordinators, the strengthening of formation for Redemptorist unity and identity, the interplay of structures and Mission, and many others. The question of the value of the Conference structure, the difficulties encountered, the new horizons of collaboration and dialogue, the possibilities and, ultimately, the future of the Congregations was openly faced, discussed and debated.
A very satisfying day!