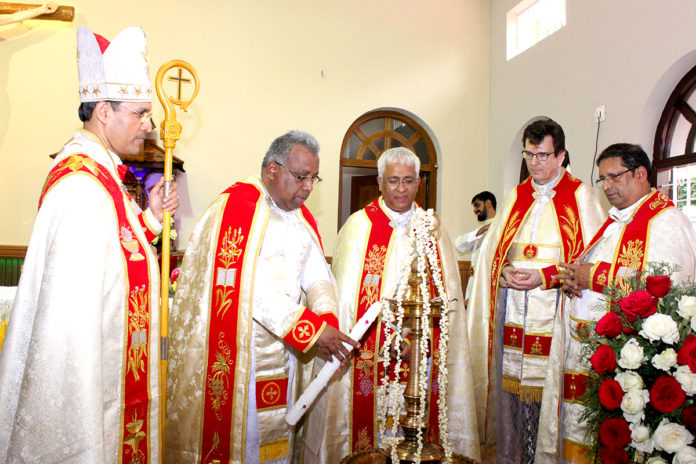 The Liguori Province of Kerala, India, celebrated 25 years of its existence as a unit on Sunday 19, February 2017. The Jubilee Year began last year on Feb. 19 with the Holy Hour in every community of the Province. A Jubilee commission was appointed to organize the Jubilee celebration – Fr. John K., Fr. Michael N., Fr. George and Fr. Anoop M. The culmination of the Jubilee celebration was on 19 February 2017 at Nithya Sahaya Matha Bhavan Chowara, the Mother House of the Province with a formal gathering. 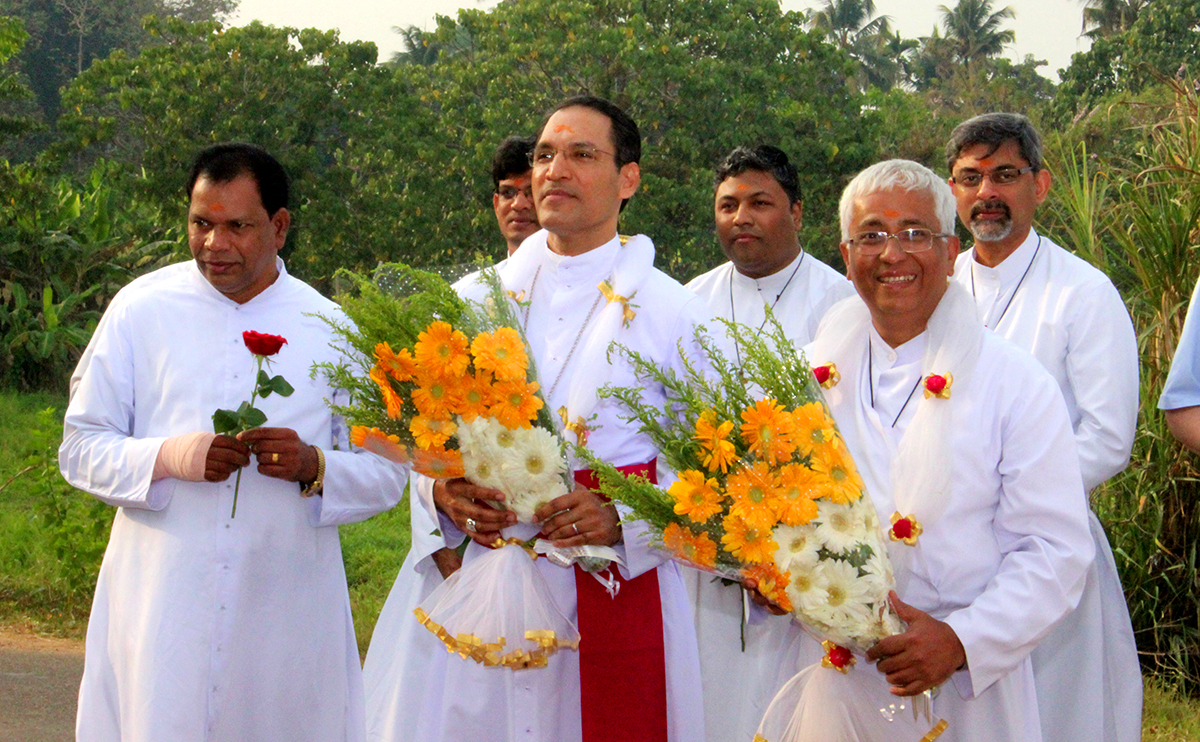 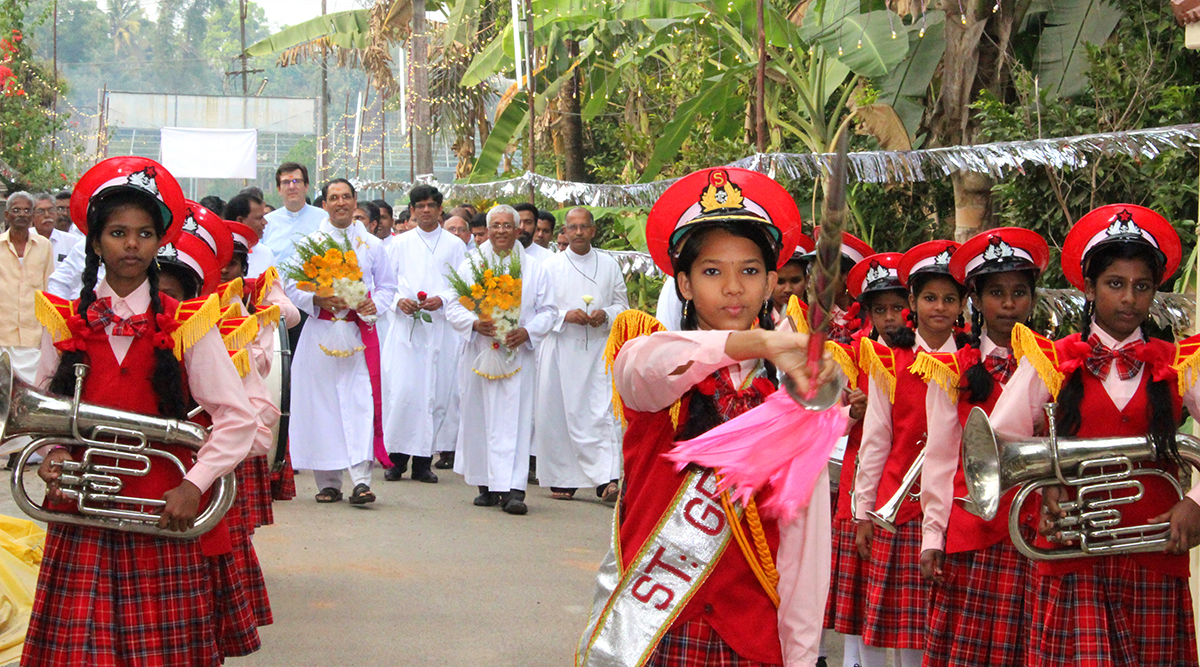 All the confreres, guests and the special invitees gathered at 5.00 pm at the entrance of N.S Bhavan to receive Bishop Jose Puthanveetil, the auxiliary bishop of Eranakulam – Angamaly Archdiocese. Then all moved towards the chapel as procession with a band set. The concelebrated Holy Qurbana began at 5:30. Fr. Joy Poonoly, the Provincial Superior of Liguori Province, Fr. Juventius Andrade, the former general consulter and delegate from the Generalate, Fr. Johannes, the Provincial Superior of St. Clement Province and Fr. Paul P., the former provincial of Bangalore Province were the concelebrants. During the homily the Bishop acknowledged the great service of the Redemptorists in Syro-Malabar Church and in the arch-diocese of Ernakulam-Angamaly. He reminded all the priests, religious and the faithful to pray for the province and its members. He urged all of us to be people of strong faith, deep love and unending hope. 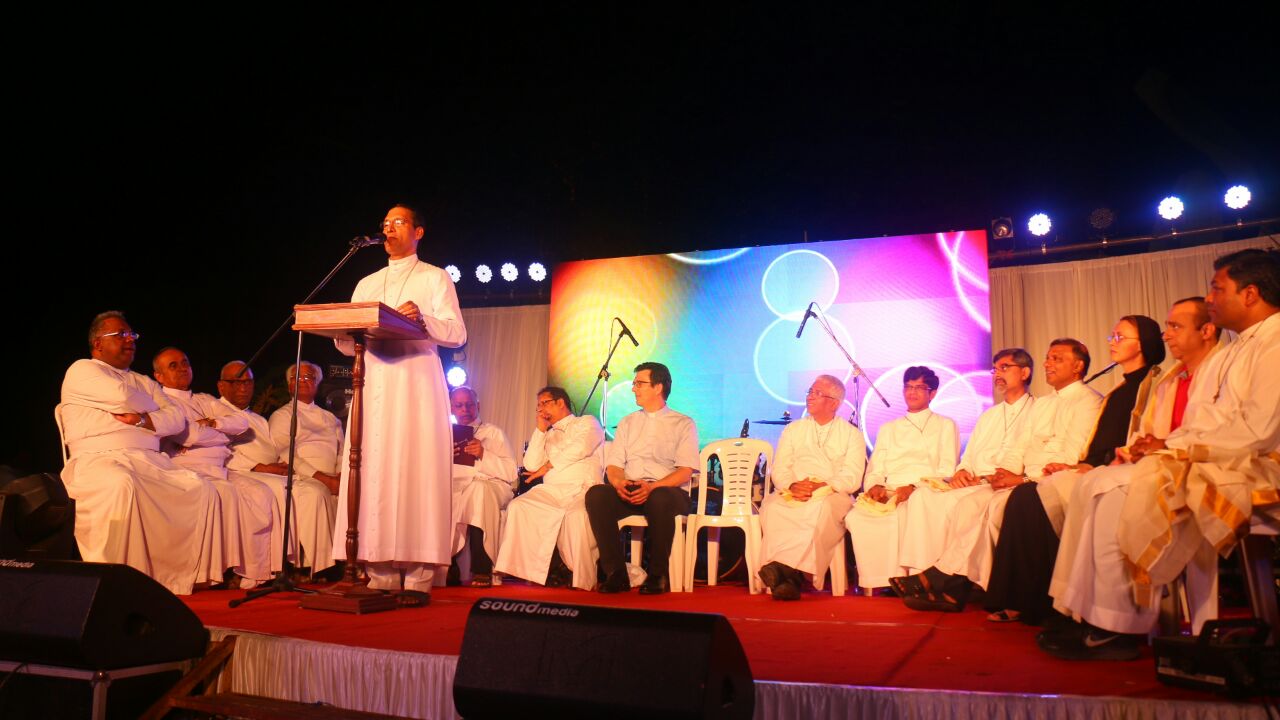 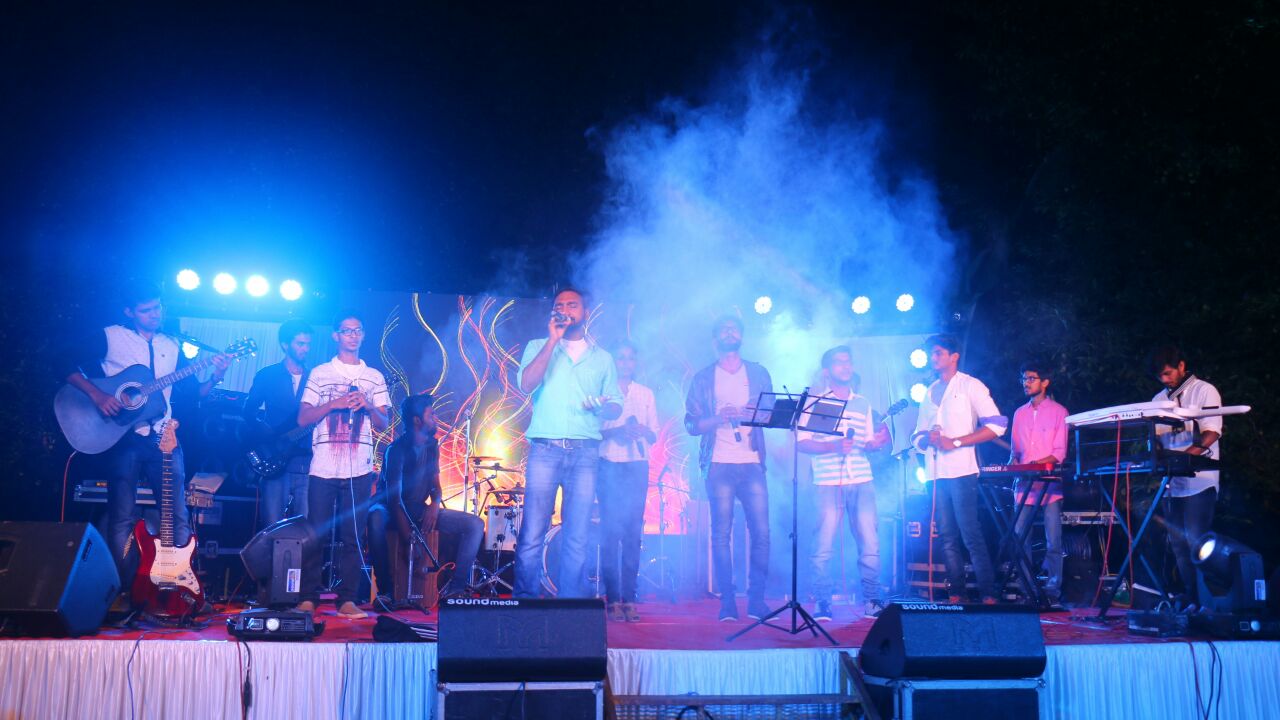 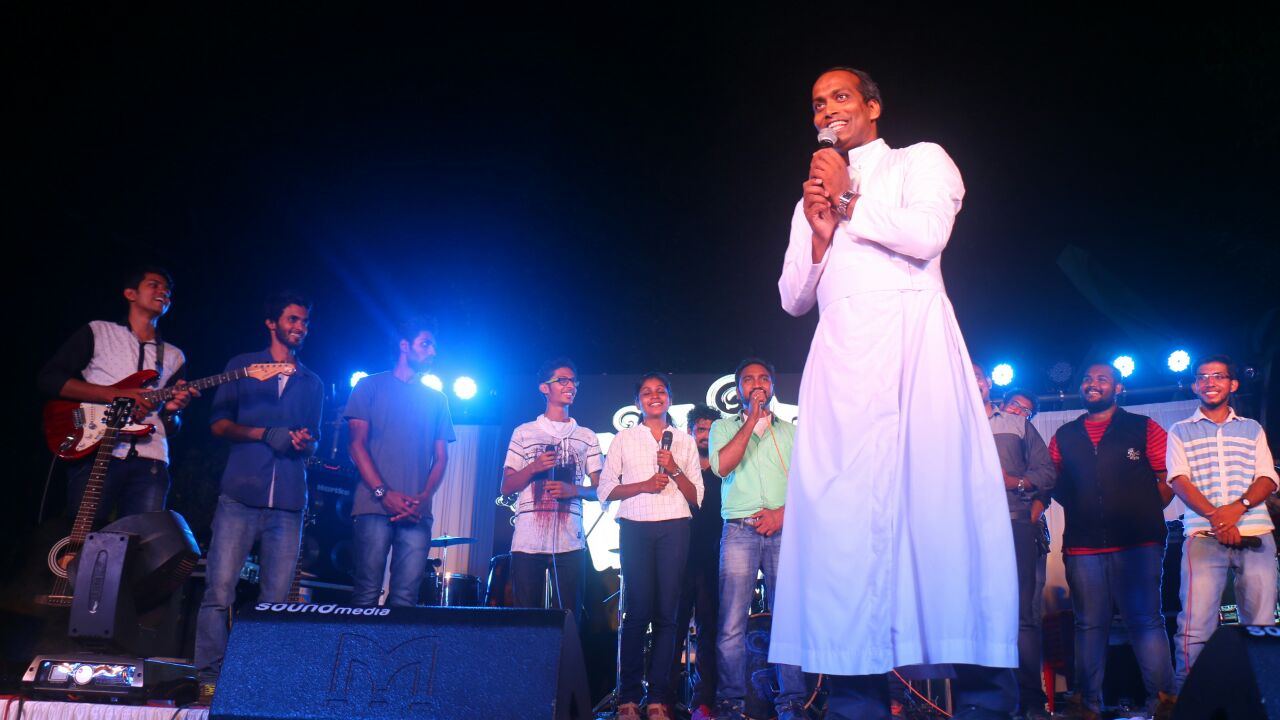 After the Mass, we had a Public Meeting in which Fr. Joy Poonoly welcomed all after presenting a short report of the Province. We had a documentary presentation of the origin and growth of the Liguori province directed by Fr. Sijo T. All the Dignitaries and the Pioneers of the Province were welcomed to the stage – Frs. Juventius, Johannes, Edward Raju, (Vicar Provincial of Bangalore and the Delegate from the Banaglore Province), Ivel (Provincial Superior of the Majella Vice-Province), John Kakkattu (Vicar, St. Marys’ Church Chowara), Fr. Paul P., Fr. Michael N., Zacharias K., Thomas M., Eugene D’Silva, Mr. Tony F., Sr. Alphonsa and Fr. Joseph Royan. They were given Ponaada and memento by the Provincial Superior. A brief introduction and their contributions to the growth of the province were presented by the Vicar Provincial Fr. Joseph V.

In his felicitation speech, Fr. Juventius said that he is privileged and honored to be part of the Jubilee celebration. He extended the prayerful wishes of the General and his council towards the members of the province and all who gathered for the celebration. He remembered with gratitude the service and contribution of Prof. Michael Naikanparampil and his loyal friendship with the confreres of the Province. Among the other people who spoke on the occasion were, Frs. Johannes, Edward, Ivel Mendanha and John Kakkattu. 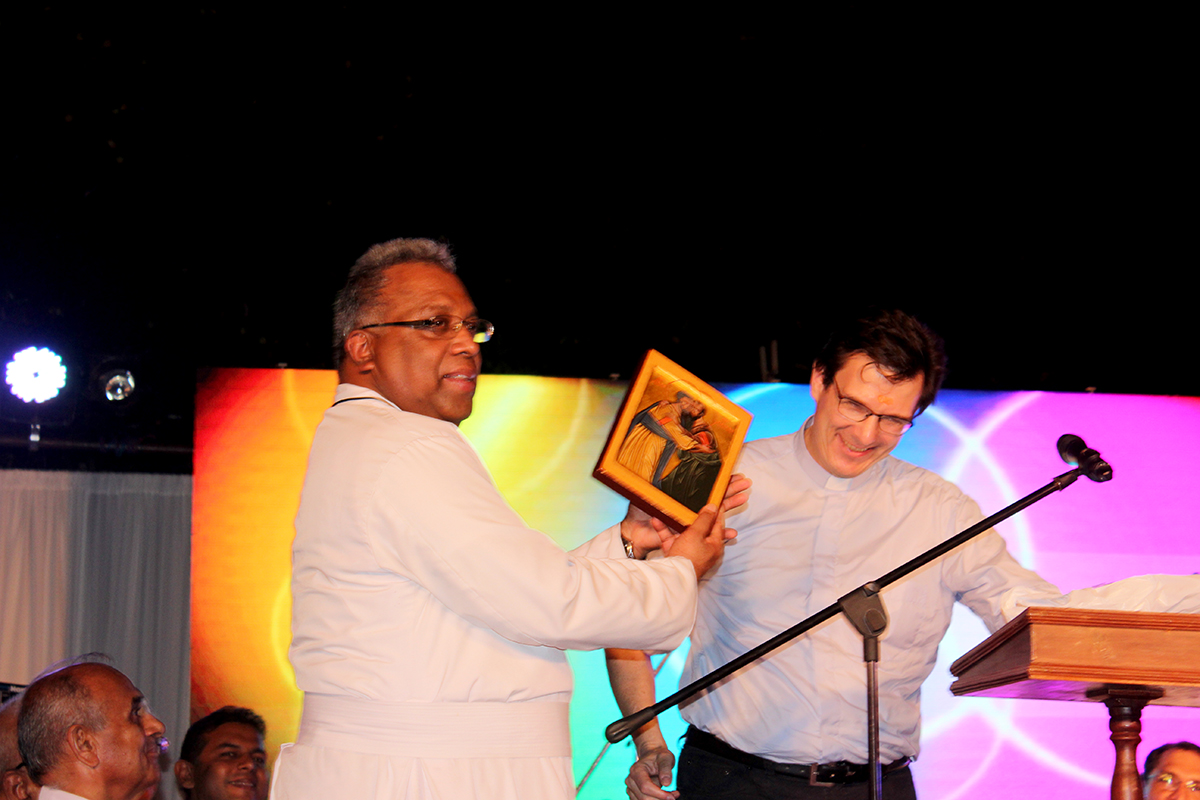 Fr. Johannes presented Icon of Holy family to Fr. Joy Poonoly as a token of the love of St. Clements Province. Fr. Edward in his speech remembered with gratitude the fast growth of the province, and shared the greetings from Fr. Arulanandam and his council and the members of the Bangalore Province. Fr. Ivel Mendanha said that the members of the Majella Vice-Province admire and look up to the Liguori Province as an elder sister. He recalled the contribution of late Cardinal Mar Varkey Vithayathil who became an apostle of mercy to the Syro-Malabar Church. Fr. Ivel also saluted the veteran Prof. Michael N. who instilled in many of the members of all the provinces in India the attitude of Jesus who went after the wounded. He quoted from his old class room memories “the core of the Christian Discipleship is the Cross”.  The life of Fr. Michael proves the same who toiled at the conception and the infancy of the Province.Fr. John Kakkattu, a well wisher and the parish priest remembered with gratitude all the services of the Redemptorists to the parish especially the service by N.S. Bhavan. He congratulated the province for faithfully proclaiming the Word of God and not going after the culture of institutions. 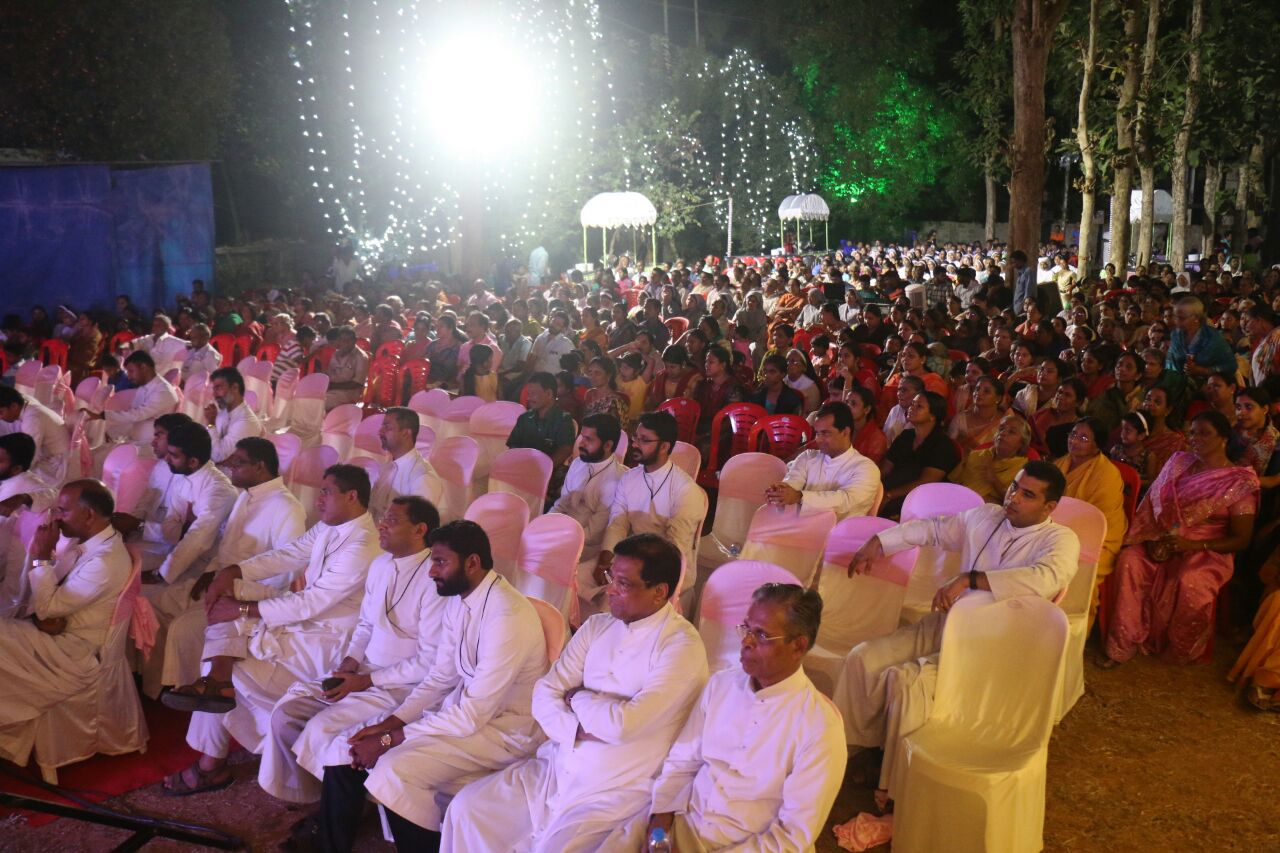 Vote of thanks was given by Fr. George A., followed by some Cultural Programs by Redemptorist Brothers, parishioners, friends and lay participants in Missions, which lasted for almost 3 hours. There was also a music concert by a band called “Big Daddy,” a group of lay-collaborators of the youth mission.Many Priests, Religious, Parents, members of the family, benefactors, lay participants in mission and  thousands of faithful from Chowara and nearby palaces attended the Jubilee Celebration on 19th evening. 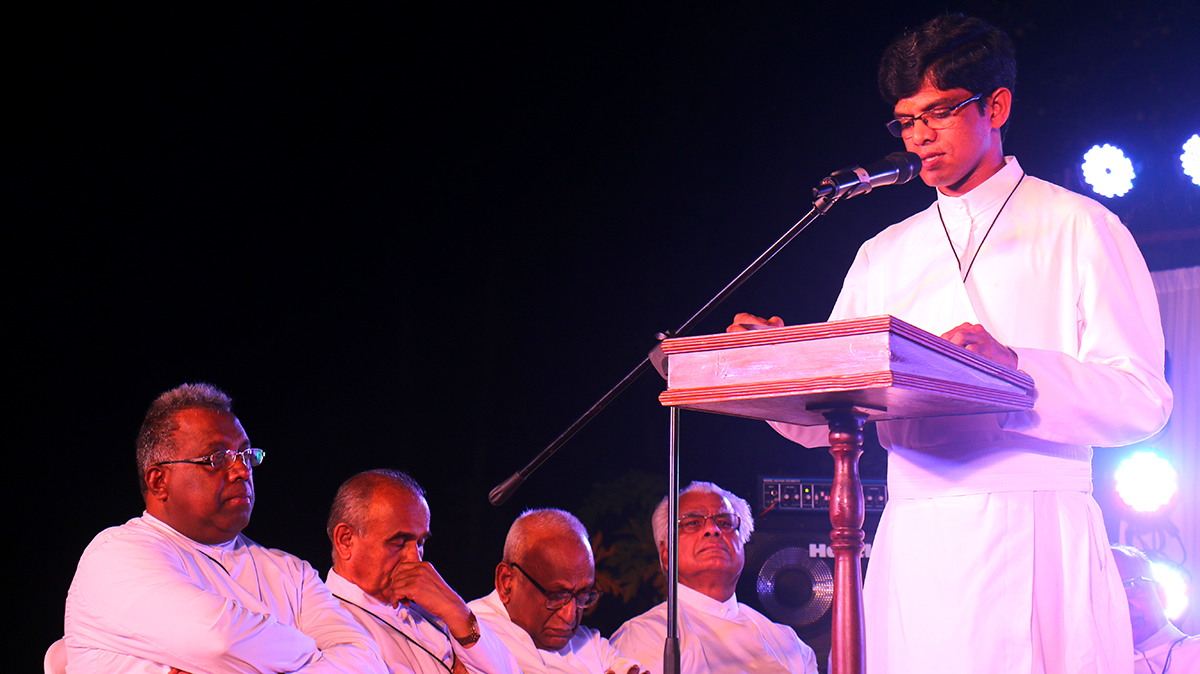 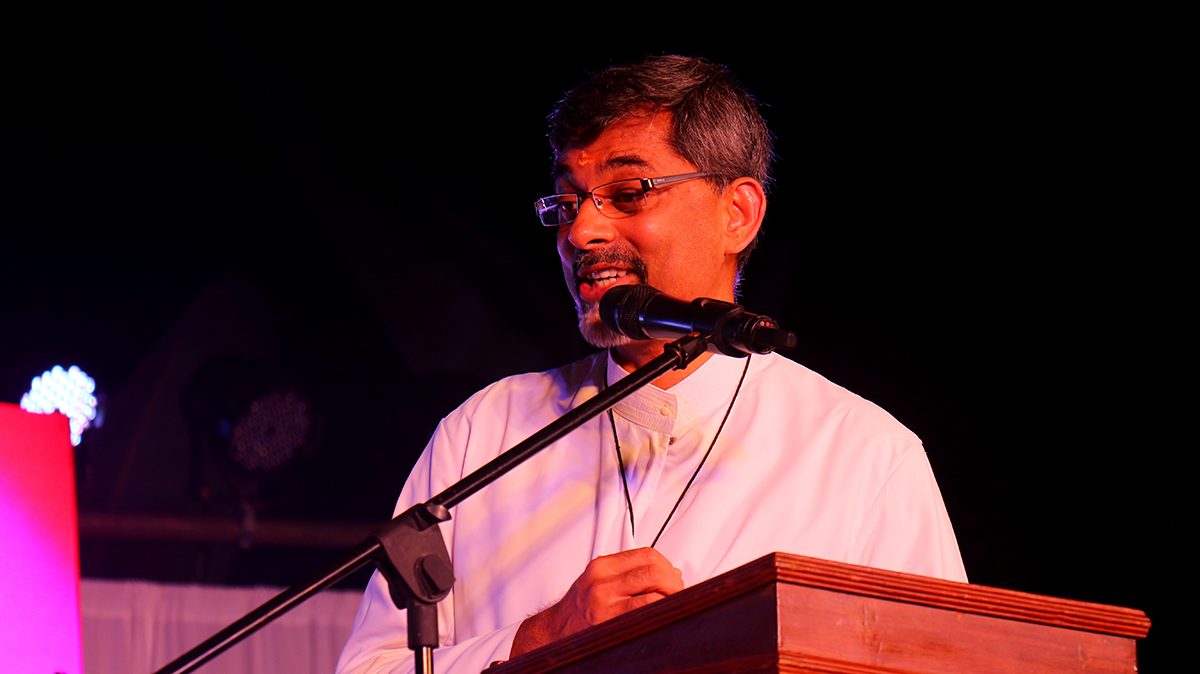 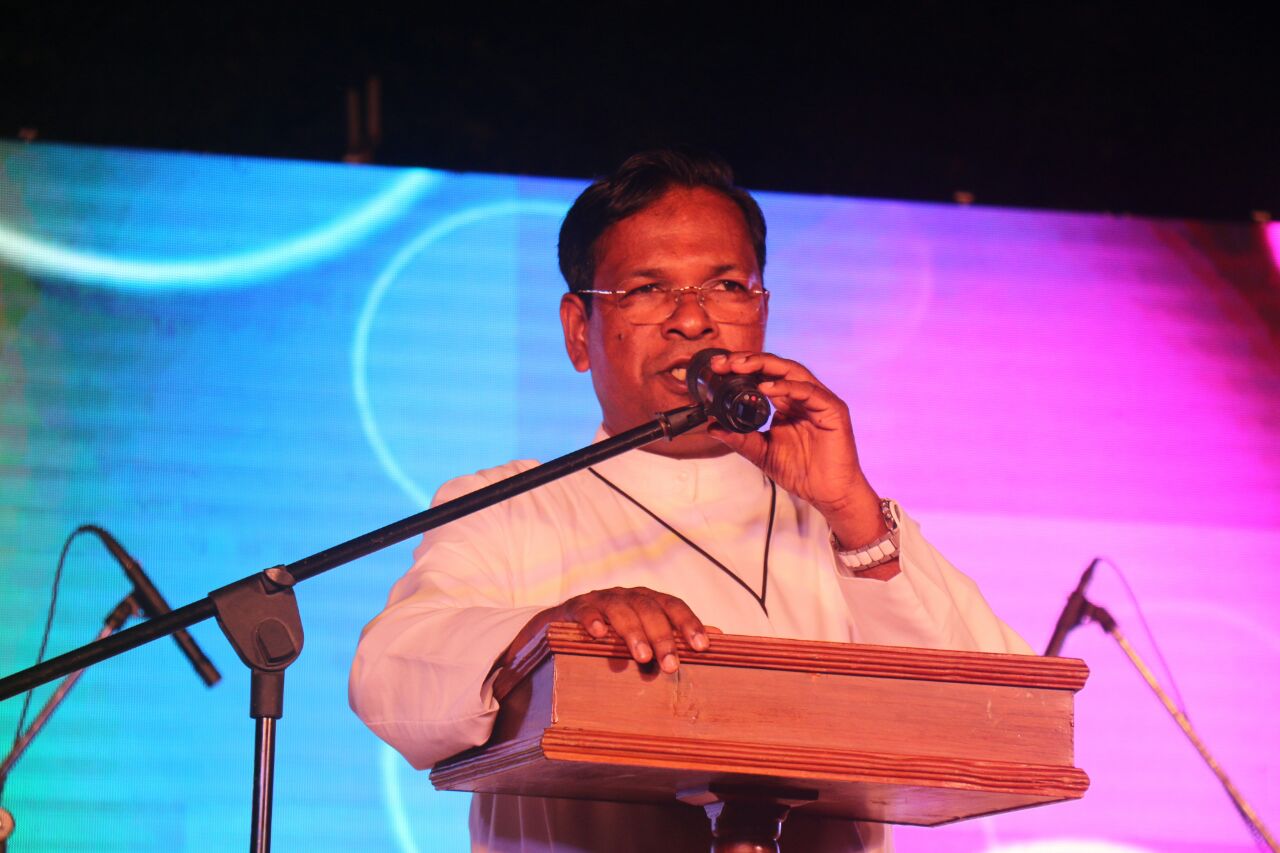 The official inauguration of the Region of Alwaye took place on 19th February 1992 at Chowara.  After the inauguration, the first Regional Assembly was held and Fr. Michael Naickanparampil was elected as the first Regional Superior. The General Government by its decree dated 5th April 1995 raised the Region of Alwaye to the status of an autonomous Vice-Province with its headquarters at Chowara. The decree became effective on 3rd July 1995, the solemnity of St. Thomas, the Apostle of India. The Vice Province of Alwaye was erected as Liguori Province on 27th June 2008 with its headquarters at Liguori Bhavan, Mattoor.

On this joyful occasion of the Jubilee, I express our gratitude to God for his fidelity and providential care of us all along and to our Mother of Perpetual Help for her love, protection and intercession. I express my sincere gratitude to Fr. General and consultors and other units for their consistent encouragement and support. I thank the major superiors and confreres in Bangalore Province and in Majella Vice-Province who have been a great source of support and care for our unit.