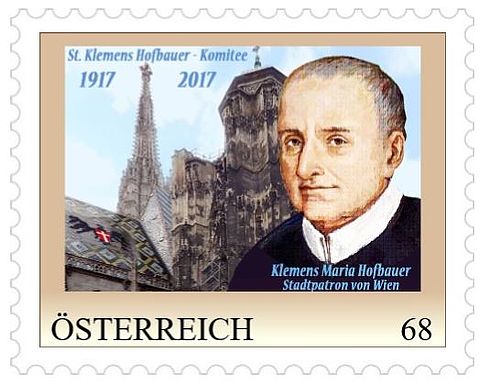 (Vienna, March 2017) The Redemptorists of Vienna-Hernals have brought out a new postal stamp to commemorate the feast of St. Clement. There was a special meeting organized by St. Clement Hofbauer Committee and the Austrian St. Gabriel Philatelist Association to officially release the stamp.

As in the previous years (2014: “100 years St. Clement as the patron of Vienna”, 2016: “Jubilee of the Icon of Mother of Perpetual Help”) Austrian Postal Department was generous with the Redemptorists in bringing out the special stamp and making it available for the general public. The occasion to bring out the special stamp in the year 2017 was that the 100th anniversary of the founding of the St. Clement Hofbauer Committee. Around 70 philatelist friends also participated in the official function to release the stamp on March 17th. 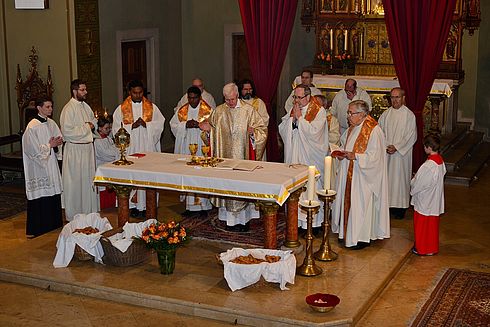 On the 15th of March the feast of St. Clement was celebrated with a solemn Eucharistic presided over by the rector of the Cathedral of Vienna, Canon Fr. Ernst Pucher, in the church of St. Mary. Followed by the Mass there was a solemn procession carrying the relic of St. Clement in which the choir of St. Mary’s Church accompanied the people with hymns and music. 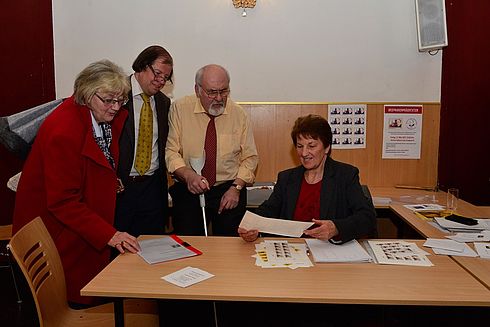