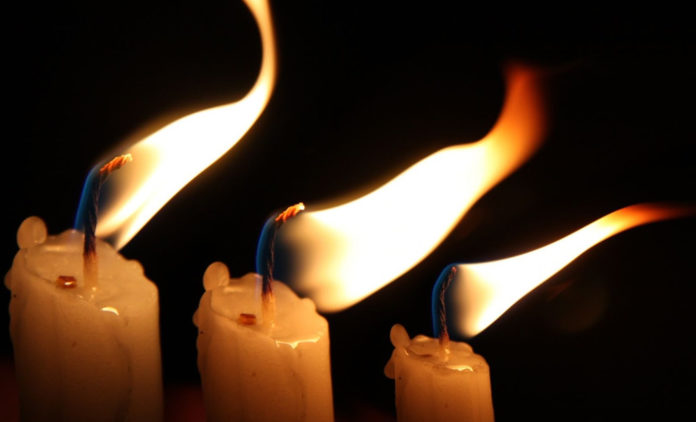 For Filipino Catholics in Saudi Arabia, church is in the heart

RIYADH – “Ricky,”* a Filipino waiter who has been working here in the Kingdom of Saudi Arabia for 21 years, lights candles in honor of Our Lady of Perpetual Help every Wednesday.
He has a special devotion to the popular title of the Virgin Mary, whom Catholics believe offers prompt assistance to those who pray to her.

“All your problems will be solved if you seek her help. Nothing is impossible,” Ricky said.

But Ricky has to keep his devotion in private, knowing very well that non-Muslims like him cannot display their religious beliefs in this kingdom, the birthplace of Islam.

Ricky is one of the Filipino Catholics here who privately observe the Holy Week, a religious event that commemorates the passion and death of Jesus Christ.

Unlike their fellow Catholics back home who are used to elaborate rituals and pageantry, Filipinos here reflect on the life of Christ through small-group Masses and prayers in private residences.

“We do not have churches here, so they exercise their faith in their own way,” Consul General to Riyadh Iric Arribas said in an interview.

“The practice of one’s faith depends on the person himself…. Religion is something that is in one’s heart. You do not need to go to a church or any place that we are used to visiting when we are in the Philippines,” he added.

Article 1 of Saudi Arabia’s Basic Law states that the kingdom is a “sovereign Arab Islamic state” while the Muslim scripture Holy Qur’an and the prophet Muhammad’s traditions are its constitution.

Filipinos interviewed for this article said non-Muslims are not being barred from practicing their faith as long as they do so in private.

Arribas said that since he assumed his post in 2015, he has not heard of any Filipino arrested or jailed for practicing a religion other than Islam.

Ricky claims to be a practicing Catholic although he often attends the services of a Born Again Christian sect because he cannot find any priest who can fulfill his spiritual needs. Born Again Christians reject several key doctrines and practices of the Catholic Church, including the papacy and the use of religious images.

“Pagdating natin sa itaas, isa lang naman ang Diyos. (Once you reach heaven, there is only one God),” Ricky said.

“There are no Catholic priests here. But there is a pastor who heads a church, a Born Again Christian… (But) I remain faithful (to Catholicism).”

* Some names have been changed