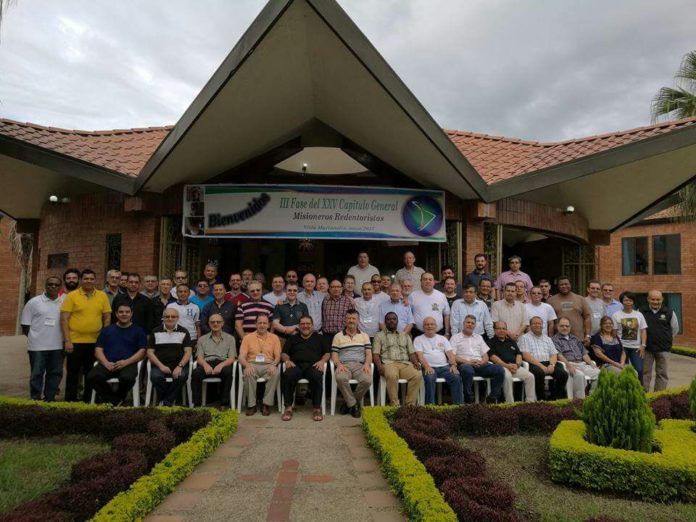 Gathered together on May 16 at Villa Marianella, the Retreat House of the Province of Bogotá, located two hours from the capital, 65 redemptorist missionaries who are Major Superiors, members and representatives of each (Vice) Province that make up the Conference of Latin America and the Caribbean, celebrated the third phase of the General Chapter in an ambience of great fraternity. The work of the third phase began with the Eucharistic celebration presided over by the Superior General Michael Brehl, C.Ss.R.

Father Michael Brehl said, “We started an important process; We have to specify the dates to meet the needs of specific projects. It is important for each unit to continue the process of restructuring, reconfiguring and communicating decisions taken in the General Chapter. The Conference must identify and disseminate the criteria for the mission and the restructuring action plan. “ 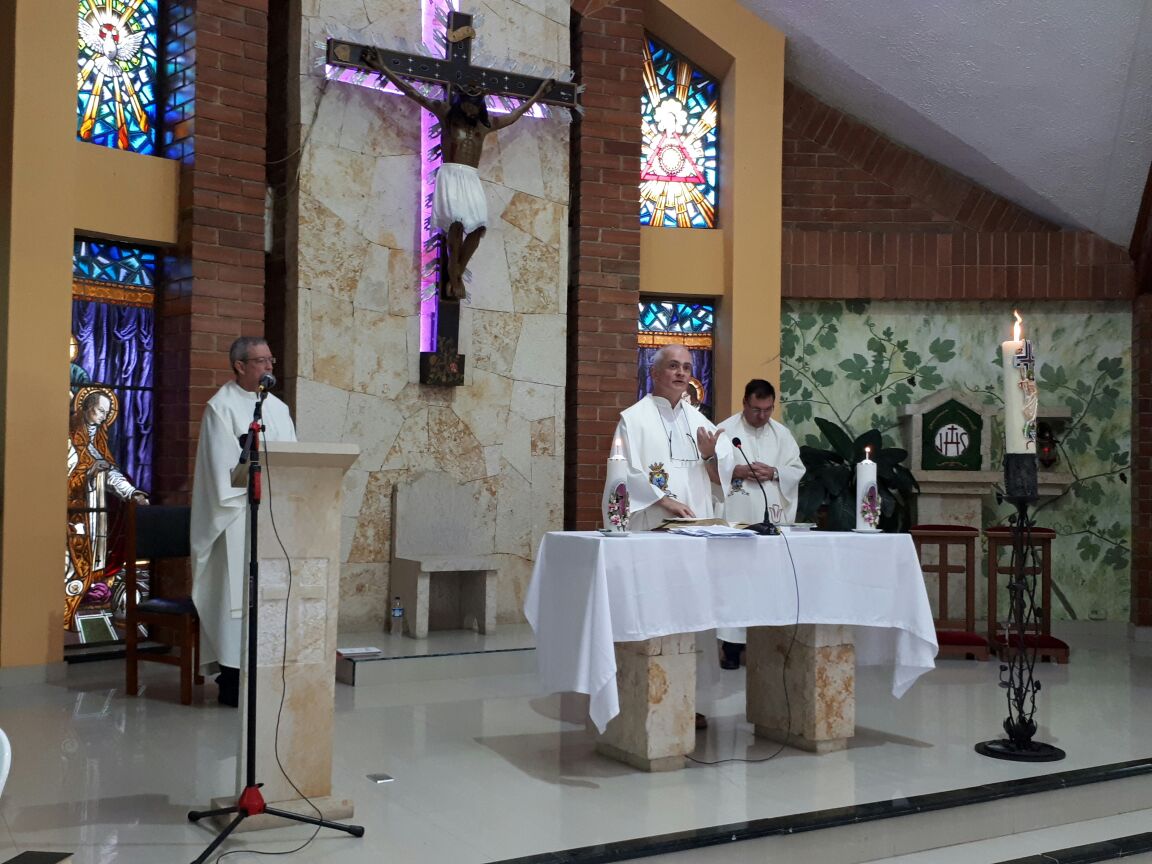 The members of the General Government who participated at this stage were Fr. Rogério Gomes, C.Ss.R., Brother Jeffrey Rolle, C.Ss.R. and P. Pedro López, C.Ss.R. There were also 5 lay representatives of each Sub-Conference for Latin America and the Caribbean to attend the third phase of the Chapter.

Motivated by Father Michael’s initial words, the participants, hoping that the Congregation could be restructured, focused on analysing in depth the decisions of the XXV General Chapter in its canonical phase held in Thailand in November 2016. From this analysis, they had the opportunity to present concrete proposals for the implementation of decisions at the General Government and at the Conference level.

All proposals originated from the presentation of the following topics: The General Government Action Plan for six years (2017-2022) submitted by Fr Michael Brehl; Principles of restructuring and the need for leadership, by Fr Pedro López; The missionary work of the congregation and initial formation, by Fr. Rogério Gomes; The apostolic community, by Father Manuel Rodríguez, Coordinator of the Conference; Ongoing formation, by Brother Jeffrey. 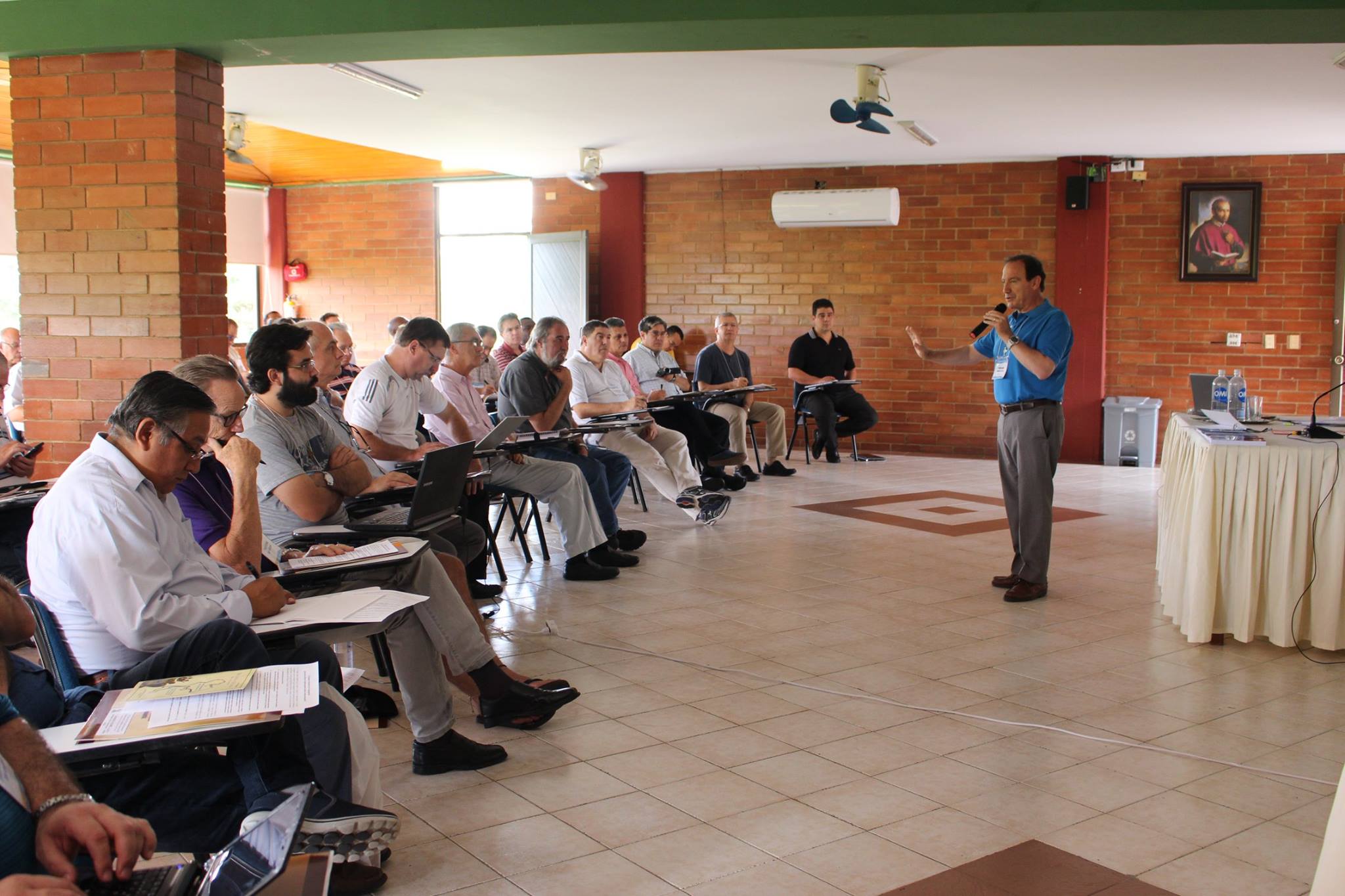 All the works were finished with a voting on the proposals presented for the implementation, specifically, about the decisions taken during the General Chapter. The feeling is that the process of restructuring goes on and will take place in the Congregation.

Throughout this time of the meeting of the Third Phase of the General Chapter, there was an atmosphere of understanding, fraternity and participation, as well as the spirit of warm welcome and hospitality by the Province of Bogotá.

There is much hope in our hearts.