(Antioquia, Colombia, 2 June 2017) – The Bishop of the diocese of Jericho, Mgr. Noel Antonio Londoño Buitrago, C.SS.R., joined the voices of protest of farmers, breeders and civil leaders of the municipalities of Pueblorrico, Tarso, Fredonia and Jerico, against the threats of the Anglo Gold Ashanti multinational mines, which already have mining licenses in an area of 7,595 hectares in this region of the department of Antioquia.

The statement by Mgr. Londoño comes after the historic decision of the City Council of Tamesis, which with the favorable vote of eleven councilors, approved a project “Agreement” on 28 May to prohibit the extraction of metals in its territory, a few days before the same vote on the same topic will be held at Jerico Municipal Council on June 7th.

The municipal Councilors of Tamesis therefore considered the request of the community to be correct, which was also expressed through public messages with slogans like “no gold in the world pays a waterless Tamesis”. Now the Councilors of Jericho are expected to do the same on June 7, because their community also said, “Life is worth more than copper and gold.” 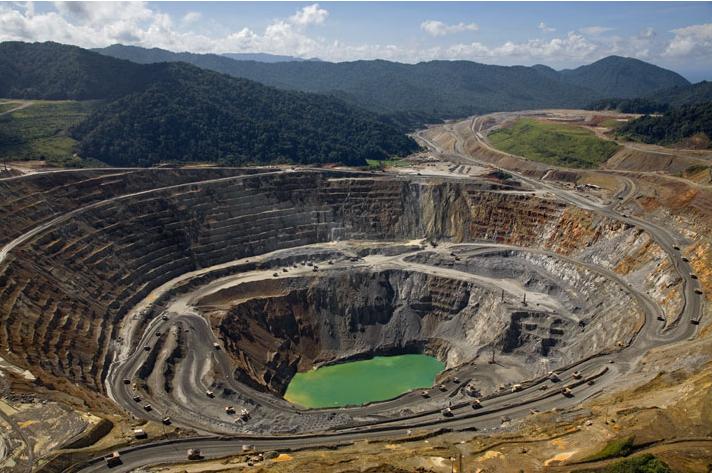 In this way, Tamesis has become the first municipality in the department of Antioquia to make a decision to protect water sources, biodiversity and the agricultural and tourist vocation, as had already been done by other municipalities in Colombia, through Acuerdo or referendum projects, including Cajamarca (Tolima), Pitalito, Timana, El Agrado, Oporapa, Tarqui and Elias (Huila).

The Bishop expressed his position against mining projects by talking to the local press: “Mining activity yes, but not like this, and not here”. He then explained: “We cannot stay without sand, no cement, no iron … mining activity has always existed, but not here, in a land which has high geological risks, with large groundwater sources. It would be like heavily playing with nature”. (CE)