The novitiate year in Toronto is entering its final phase. The past few months have had wide-ranging activities with trips and visits.

At the end of March, a meeting of the Board of the North America Novitiate took place with the major superiors from each of the participating Provinces. Also in attendance was Fr José Luis Bartolomé, the provincial of the Madrid province, as the province has a novice in this year’s class. For me, (Joaquín, the Spanish novice) it was very pleasant to visit with my provincial and have plenty of time to share experiences, prayer, worries and concerns.

At the end of April, the Edmonton-Toronto province held its chapter. We, the novices, attended a day of their deliberations.

Then, these last few weeks, the novices have been travelling. The goal was to know the other two Redemptorist provinces in Canada and to deepen our understanding of Church history in this country.

The first trip was to the Ste. Anne de Beaupré Province. This was the second time we visited the province but this time we had the opportunity to do so more thoroughly. We spent a couple of days in Montreal where we visited the Cathedral, Notre Dame Basilica and St Joseph’s Oratory (another great basilica located on the top of a hill in the middle of the city). The Cathedral, albeit much smaller, is an attempt to copy the architecture of St. Peter’s in the Vatican. Notre Dame Basilica has as its main feature unique lighting, which highlights its blue ceiling (something quite common in a number of churches in Canada). This gives the church a “heavenly” look. St Joseph’s Oratory is a huge church built more than a hundred years ago under the direction of Br. St. Andre, C.S.C., a Canadian saint. Something of note was the presence of the icon of Our Lady of Perpetual Help both in the Cathedral and in Notre Dame Basilica. In addition to our visits, we had supper and spent an evening with the Redemptorist community living in Montreal. The community has four confreres, with two coming from Haiti.

From Montreal, we drove to Quebec City and onto Ste. Anne de Beaupré. There we stayed in the Redemptorist monastery next to the Basilica. The Basilica is an impressive structure. It is a beautiful church with an abundance of artistic and theological illustrations. Ste. Anne is one of the places in North America that receives the most pilgrims, particularly during the novena that ends on July 26. In the crypt, we prayed before the tomb of Venerable Alfred Pampalon, C.Ss.R. The province of Ste. Anne has about sixty confreres, many of them elderly. The younger confreres, all above 50, do the pastoral work. Around the Basilica is a cluster of parishes that the confreres also take care of. One of these is the parish of St. Joachim. The parish was more than a discovery for me, it was one of the most beautiful in the area and the first church I knew of dedicated to Saint Joachim. The saint is pictured many times in other churches in the district, including at Ste. Anne. 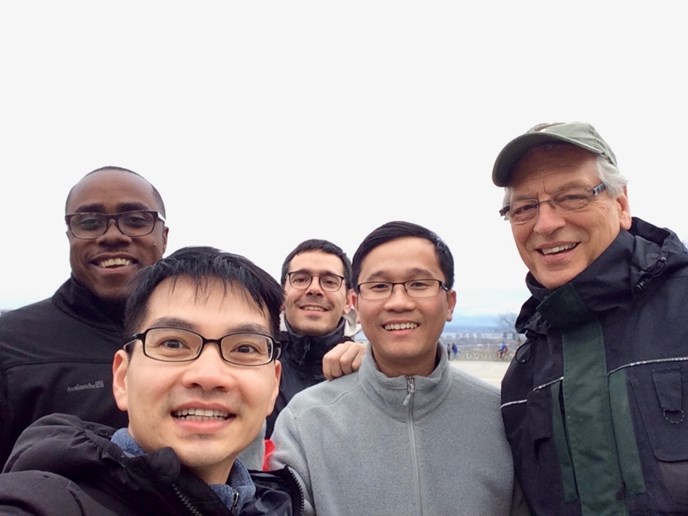 On one evening, we had supper at the Fraternity of St Alphonsus. A Redemptorist priest founded the Fraternity to welcome people with various addictions. It provides addicts with physical and spiritual healing.

We returned home for a week of formation at the novitiate and then flew to the centre of Canada, to Manitoba and Saskatchewan, where the Ukrainian Redemptorists of the Yorkton Province are present. We spent three days in Winnipeg, where apart from celebrating the Divine Liturgy, Fr. John Sianchuk, C.Ss.R. introduced us to the spirituality of the Eastern Rite of the Ukrainian Church. We also visited the shrine of the Ukrainian Redemptorist Martyr Bishop Vasyl Velychkovsky, whose remains rest in a small chapel of St. Joseph’s Ukrainian Catholic Church.

From Winnipeg, we drove to Yorkton, to St. Mary’s monastery, a former Redemptorist seminary in which three confreres live and serve about ten parishes in the area. Yorkton is a rural town and an area with vast fields of arable land. It is one of the major cereal granaries in the world. The confreres have to commute more than 200 km to minister to some of the parishes, which they visit only on Sundays during spring and summer, as weather conditions in winter are too harsh and cold. 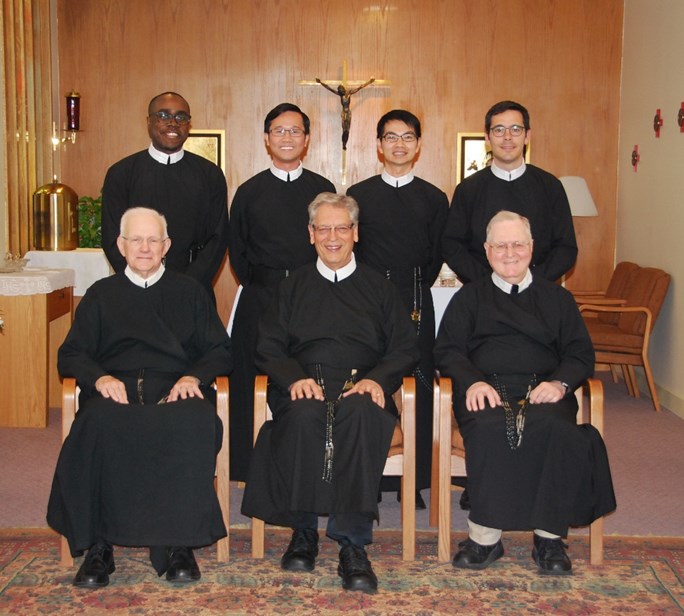 Our travelling experience ended in the novitiate house on May 26 when the novices received the habit of St. Alphonsus. It was a simple Eucharist but very touching as it was yet another step bringing us closer to our profession. We now wear the habit during morning Mass. It reflects what we feel inside: our willingness to follow Christ with the Alphonsian charism.

As always, we, the novices, ask for your continued prayers, as we look forward to our profession. The North American novices will make their first vows on July 20th at St. Patrick’s. I will make my vows on July 30th in Madrid. 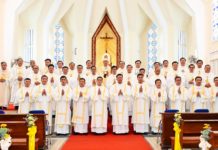 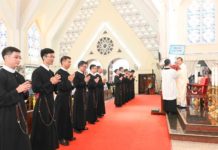 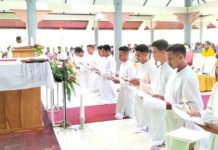