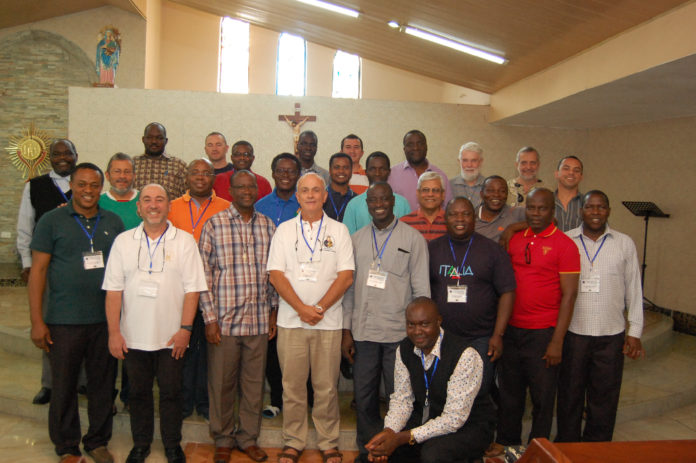 The III phase of General Chapter for COREAM (Conference of Africa and Madagascar) was held in Lagos, Nigeria a couple of weeks ago. The meeting was held at the Sisters of the Eucharistic Heart of Jesus Centre.

Meetings of the Phase III General Chapter was held between the 16 to 21 of August 2017. Father General – Michael Brehl, the Vicar General – Father Alberto Eseverri and Fr. Nicholas Ayouba, Consultor General, were present. Most of the Major Superiors and Vocals from the Conference attended the meeting which was moderated Fr. Clement Campos of Bangalore Province.

During the inaugural Eucharistic celebration, Father General declared the meeting open with 23 participants present. We had a tightly scheduled programme during these days. Tuesday was a day off for participants who had time to relax and visit some communities in the Lagos axis of the Vice Province of Nigeria. 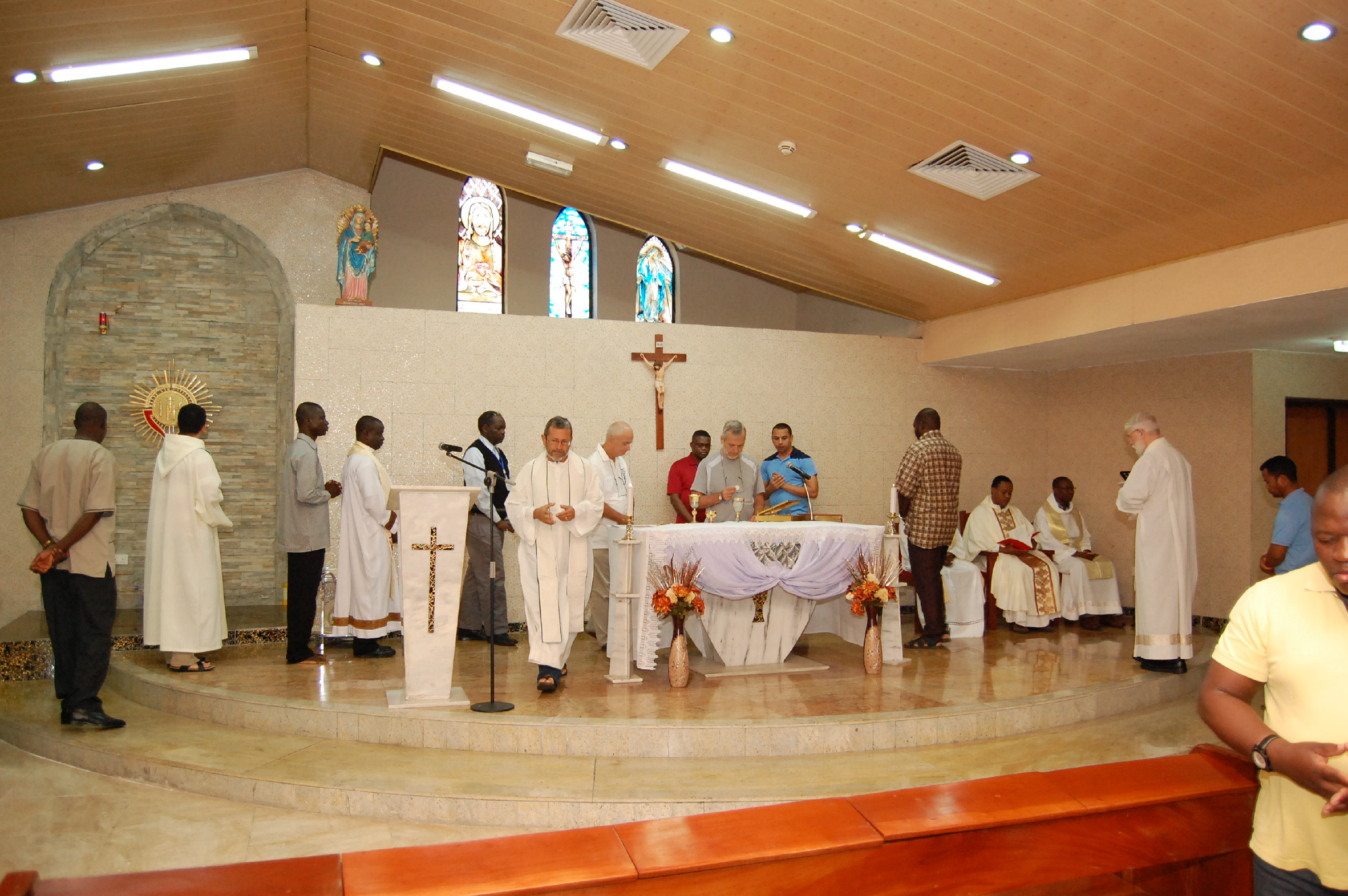 Our Superior General led everyone who attended the conference in celebrating the 90th birthday of an iconic Redemptorist, Fr. Richard Thiele. He is one of the oldest living Redemptorists within the Conference of Africa and Madagascar and he is still in active pastoral ministry in Nigeria. It was a glorious night for Fr. Thiele who could meet many confreres and share his many years of missionary experience and proclamation of plentiful redemption. During the celebration, Father General prayed for Fr. Thiele, who had his second novitiate (a time of training in the homiletics) in 1955, the very same year the General himself was born. The members also had time to dance and thank God for this exemplary expatriate Redemptorist who spent his 90 years of life for the Lord – 36 years on mission in Thailand and 25 years in Nigeria. What a living legacy he is to the rest of us!

COREAM ASSEMBLY NEXT DAY
Done with Mass and breakfast the next morning, the participants were back at the conference room for a three days Assembly for COREAM matters. Fr. Sean Wales, Provincial of South Africa facilitated the meetings. When necessary, participants were split into Anglophone and Francophone groups for discussions, as was also the case in the preceding deliberations of the Phase III General Chapter.

THE END
The whole meetings were a beautiful time we had that the confreres met in Nigeria to brainstorm and study about the decisions of the XXV General Chapter for the sexennium. Confreres were content by the meticulous planning and homely atmosphere provided by the leadership of Fr. Kingsley Onyekuru and the entire Vice Province of Nigeria.

Convocation of the XXVI General Chapter by the Superior General